Home Apple Things to consider before you get iOS 10.3 update for your iPhone... 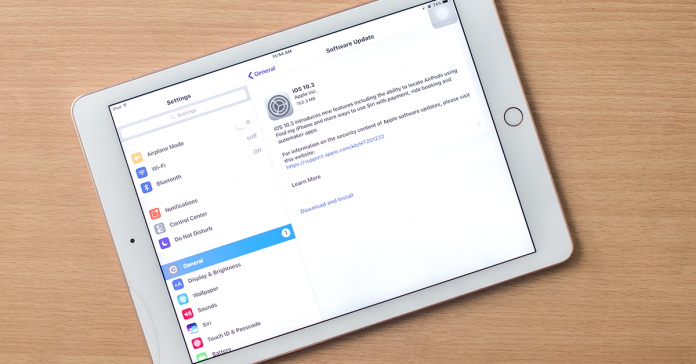 The Apple’s latest iOS 10.3 update is now out for the iPhones and iPads. Before you start doing the update, here are few things you need to consider. It’s because iOS 10.3 isn’t a mere update. This update is going to change the iOS file system from more than 30years old HFS+ to the new Apple File System (APFS).

Here’s the list of the devices that will get iOS 10.3 update. But if your device already has iOS 10 then you needn’t check the list, your device will surely get the update.

Things to Consider before the update:

Since with this update, Apple is changing the filesystem in the iPhones and iPads so there are chances for things to go wrong and you may end up losing your crucial data. So, it is wiser to create a back of the data in your phone before the update.

This new Apple File System brings a lot of improvements such as optimization for solid state storage, strong encryption and better file time stamping along with some storage saving features.

You can back up your data in two ways: using iCloud backup or iTunes backup. Just choose the one that you find handy.

There are many apps on our phones that we don’t really use much. So, this is the right time to throw them away that will help to create more free spaces and there will be fewer data to be backed up.

If you haven’t updated your apps in a while, you should better do it now if they haven’t been automatically updated in the background. Many of the apps are now made compatible with the iOS 10 and later.

After the update, you’ll need to log in to your iCloud account. So, it is better to make sure you remember your password. If you don’t just remember the password, just create a new one before the update.

1. Is backing up the data mandatory?

No, it’s just for staying on the safe side. If you don’t prioritize your data much and don’t want the hassle of backing them up. Just go with the update with your finger crossed. Hopefully, things won’t go wrong and you’ll have the latest iOS on your device without losing any of your previous data.

2. Should I really clean my phone?

You shouldn’t bother much on cleaning the phone if it has iOS 9 or later. After iOS 9, the operating system will itself make the space needed, even by deleting apps and re-installing them afterward.

3. Should I update right now or wait few weeks?

Well, the best would be to wait a few weeks if you want to have the bugfree version of the iOS 10.3. The Apple releases bug fixes in few weeks following every release. So, the choice is all yours.