IT Meet 2018 was recently held as a two-day event on January 5 and 6. It was one of the biggest events that cumulates much of the happenings in Nepal in the field of information technology. The event showed its colors at the serene environment of IT Park in Kavre. It was organized by Kathmandu University Computer Club (KUCC). It was the 7th iteration of this meetup which is organized yearly. The event was targeted mainly at students who could tickle their fancy with the different domains of IT one could find on the common ground. It also gave an overview what the field of IT would be this year and upon observing the event I would put my two cents on AI. 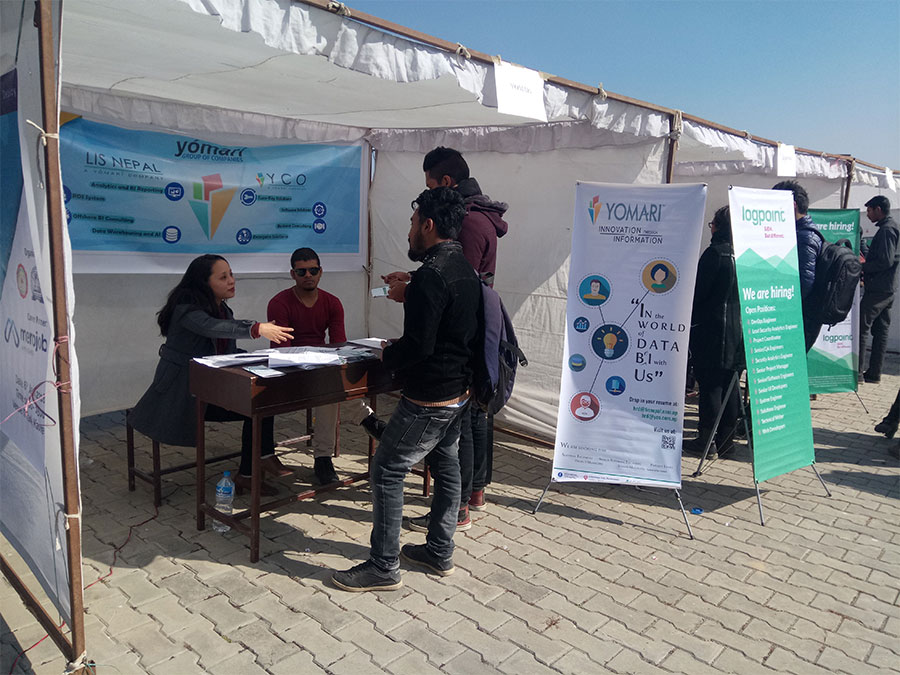 Career Fair consisted of booths from some of the top and emerging IT companies in Nepal. The motive of career fair was to let students interact with the companies directly. Companies discussed technology, provided guidance, and opportunities at their institution. The best thing about career fair was students could come and drop their CV at any of the available booths. Company from there would consider applicants and further procedures would begin. It was not ideal for students who are currently pursuing their study in IT as most of the companies internship would begin from 9 AM to 5 PM. However for the pass outs, career fair was a great opportunity to drop their CV for multiple companies at once. Virtual Reality Meetup was an interesting one. Game Developers and designers from different companies showcased how to get started with creating VR contents. They showcased different technology and approaches one could use to do so. The meetup ended with the demonstration of VR and Mixed Reality games with the use of HTC Vive and the Acer Mixed Reality Headset. The event was filled with different competitions and I was pretty much sure a lot of people found their cup of tea. There were a lot of project demonstration at the event. Mostly web-based technologies could be found on various booths which included Roomfinder, Birth Record Keeper, Scoreboard, and so on. Mobile-based technology included an AI-powered app that could detect a Blast disease from the photo of rice plants leaf. Another one was a blood donation app that kept active records of blood donors who can be connected with the ones in need. Hardware Projects included a traffic control system with the use of AI, gesture-controlled wheelchair and a remote controlled vehicle with a tripod for filming some of the events.