There are around two dozens of smartphone brands in Nepal making their authorized sales. Despite the hefty number of brands, Samsung, Huawei, and Gionee (combined) are enjoying more than three-fourth of the smartphone market share. And most of the brands are struggling to break this monopoly in this somewhat crowded smartphone market.

The V1m model of IVVI consists of 5.5-inch HD IPS display residing inside a dimension of 154.4 mm x 77.5 mm x 8.3 mm. The device is powered by a MediaTek 64-bit Quad-core CPU, which runs at a clock speed of 1.0 GHz. Memory wise; the phone has 2GB of RAM and internal storage of 16GB. If the internal storage falls short, the memory can be enhanced up to 64GB by the use of SDcard. This 145g device runs on Android OS, favored by Nougat version (v7.0) and flavored by Yun OS (v5.1.1) on the top. Optics-wise, the primary and secondary camera of the V1m uses 8MP and 2MP sensors respectively. On the connectivity side, V1m is packed with Bluetooth V4.0, Dual-SIM compatibility, 4G LTE, Wi-Fi 802.11 b/g/n, A-GPS, and Radio. A 2500 mAh non-removable Li-Ion battery keeps the device nourished. SK5 has superior specs as compared to V1m. It bears a metallic back with convincingly colored plastics caps on the top and the bottom. It too inherits a 5.5-inch IPS LCD display though the display in this one has Full HD capability. The SK5 is powered by 1.4 GHz Octa-core Mediatek CPU. SK5 runs on Android Marshmallow version (v6.0) with no upgrades mentioned. Memory wise, the device is packed with 3GB of RAM and 32GB of internal memory. However, the internal storage can be stretched up to 128GB with the use of SDcard. On the camera section, SK5 embraces 13MP primary camera and 8MP selfie shooter. The cameras are capable of recording Full-HD videos at 30fps frame rate. 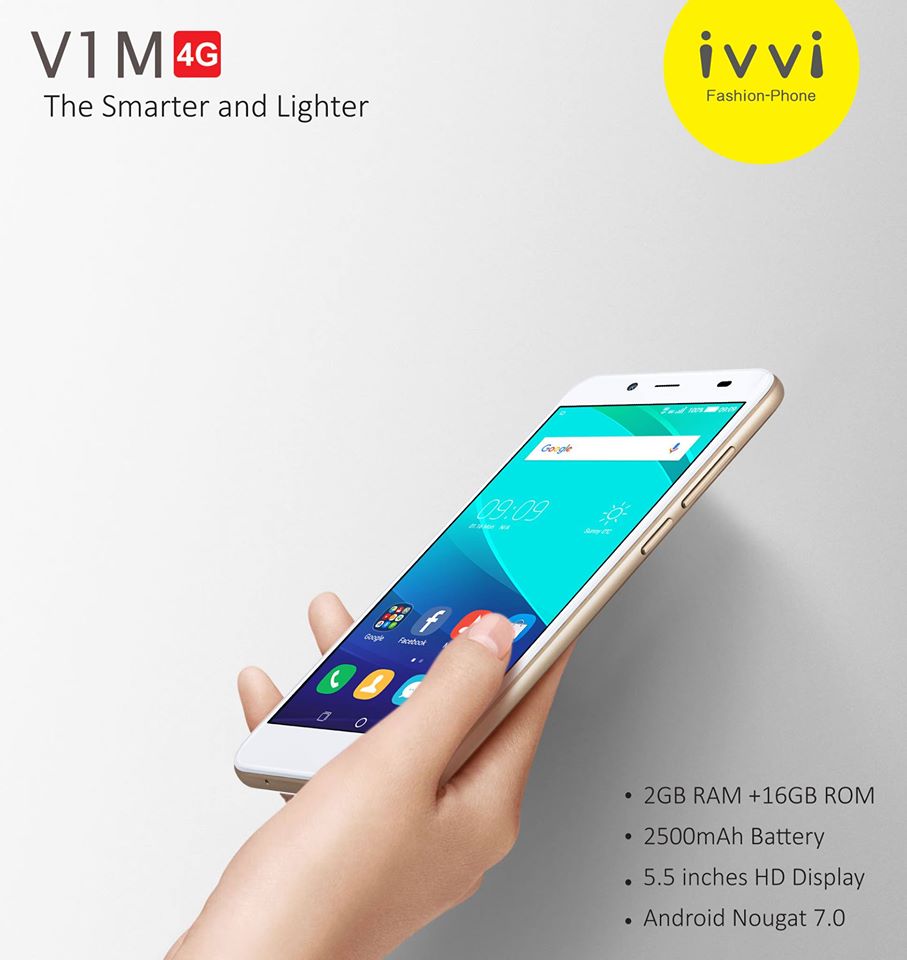 For the security purpose, this device embraces a fingerprint scanner, which inherits beneath the LED flash of the primary camera. Connectivity wise, it supports Dual-SIM, Bluetooth, GPS, Wi-Fi 802.11 b/g/n, NFC, 4G LTE, FM, and OTG cable. The device bears 3000 mAh non-removable battery for the fueling purpose. The whole assembly fits in the dimension of 153.70 x 76.90 x 7.90 mm weighing 155 grams.

Opal Multinational Pvt. Ltd. will also be launching few high end Ivvi midrange phones in the future. The company also confirmed that they will be launching an exclusive service centre at CTC Mall, Kathmandu at launch. Both the Ivvi V1m and Sk5 will be priced competitively, company claims.