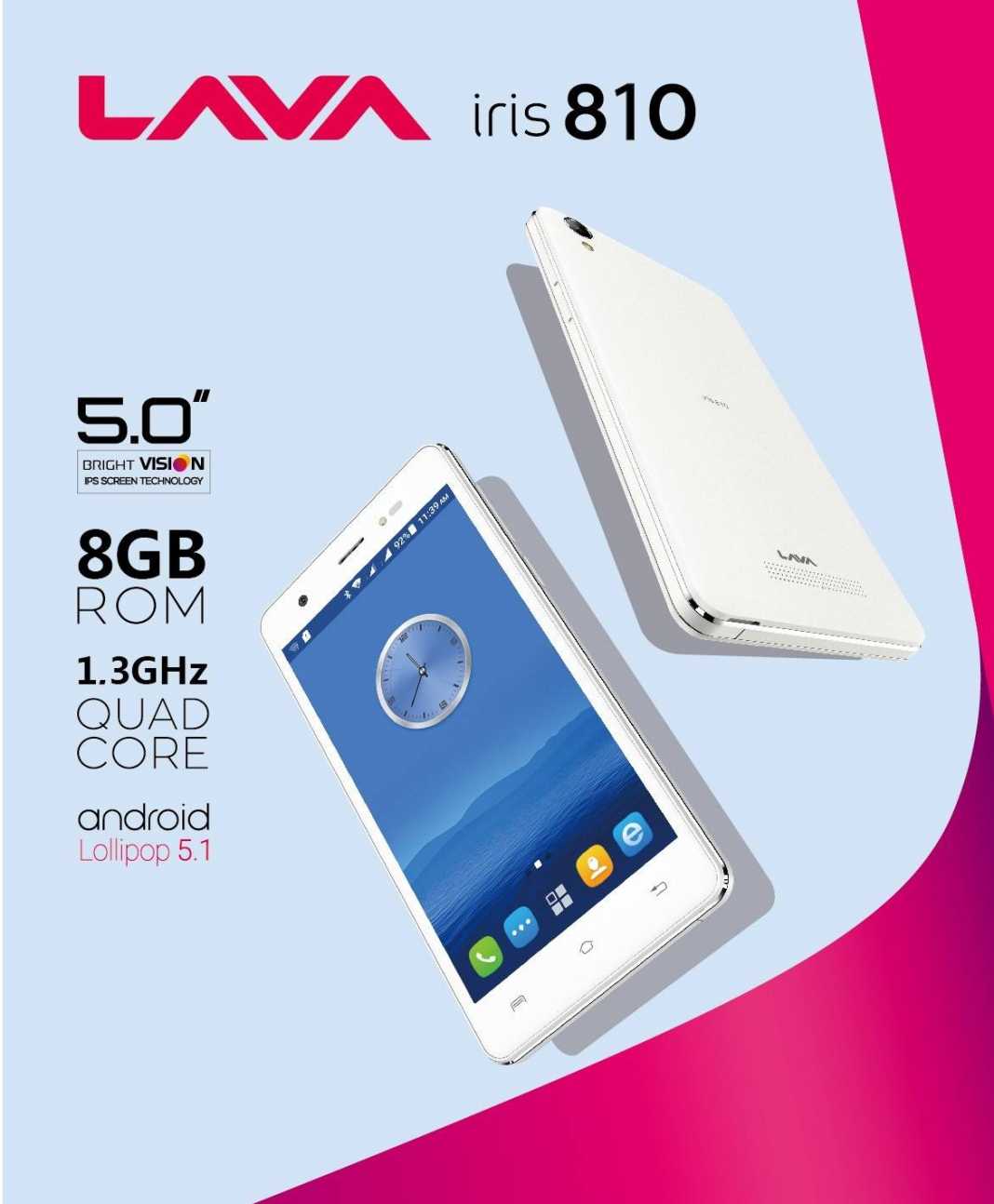 Lava Smartphones Nepal has launched a new budget smartphone in Nepal — the Iris 810. Priced at Rs. 9690, it is one of the affordable android based smartphone to feature 1GB of RAM and 8GB of ROM. The Lava Iris 810 features a 5-inch IPS LCD display with a resolution of 854×480 pixels. It is powered by a quad-core CPU (unspecified chipset) coupled with Mali MP2 GPU and 1GB of RAM. The 8 GB inbuilt storage can be further expanded via a microSD card slot upto 32GB. In terms of camera, there is a 5MP rear autofocus camera with LED flash and 720P video recording, while the front houses a 2MP snapper.

The Lava Iris 810 is a dual SIM smartphone with 3G support and features connectivity such as Wi-Fi b/g/n, Bluetooth 4.0, and GPS. It is currently running Android 5.1 Lollipop with Lava’s own Star User Interfaced layered on top. The phone is being powered by a user-replaceable 2000mAh battery.