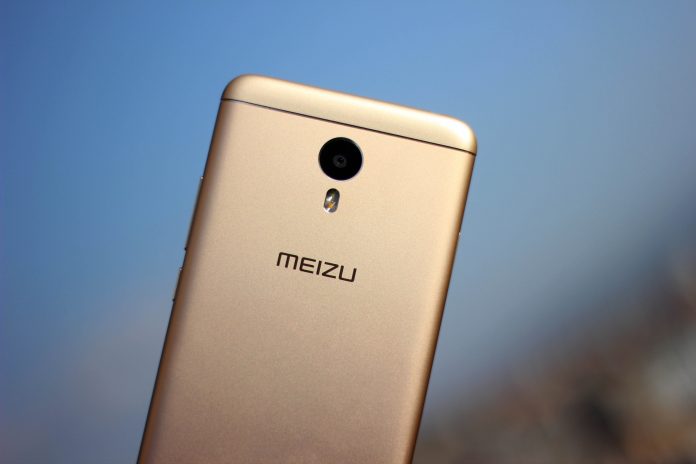 As brands are introducing more and more products in the mid-range segment of a smartphone, the segment has been receiving a lot of attention with an extended number of products available to the customers. The extension grew further with Meizu launching its latest midrange phone M3 Note in Nepal for Rs. 24,995. Does this phone stand out among the crowded mid-range segment? Let’s find out in this review.

The Meizu m3 note has a very eye appealing yet sturdy design. The phone looks premium with is metal finish at the back and is very attractive from the front with its Dinorex glass protection and a single home button which is also its fingerprint scanner. The phone just weighs 163g which is light for a 5.5” metal phone. The overall design feels brilliant and does shine in its segment. 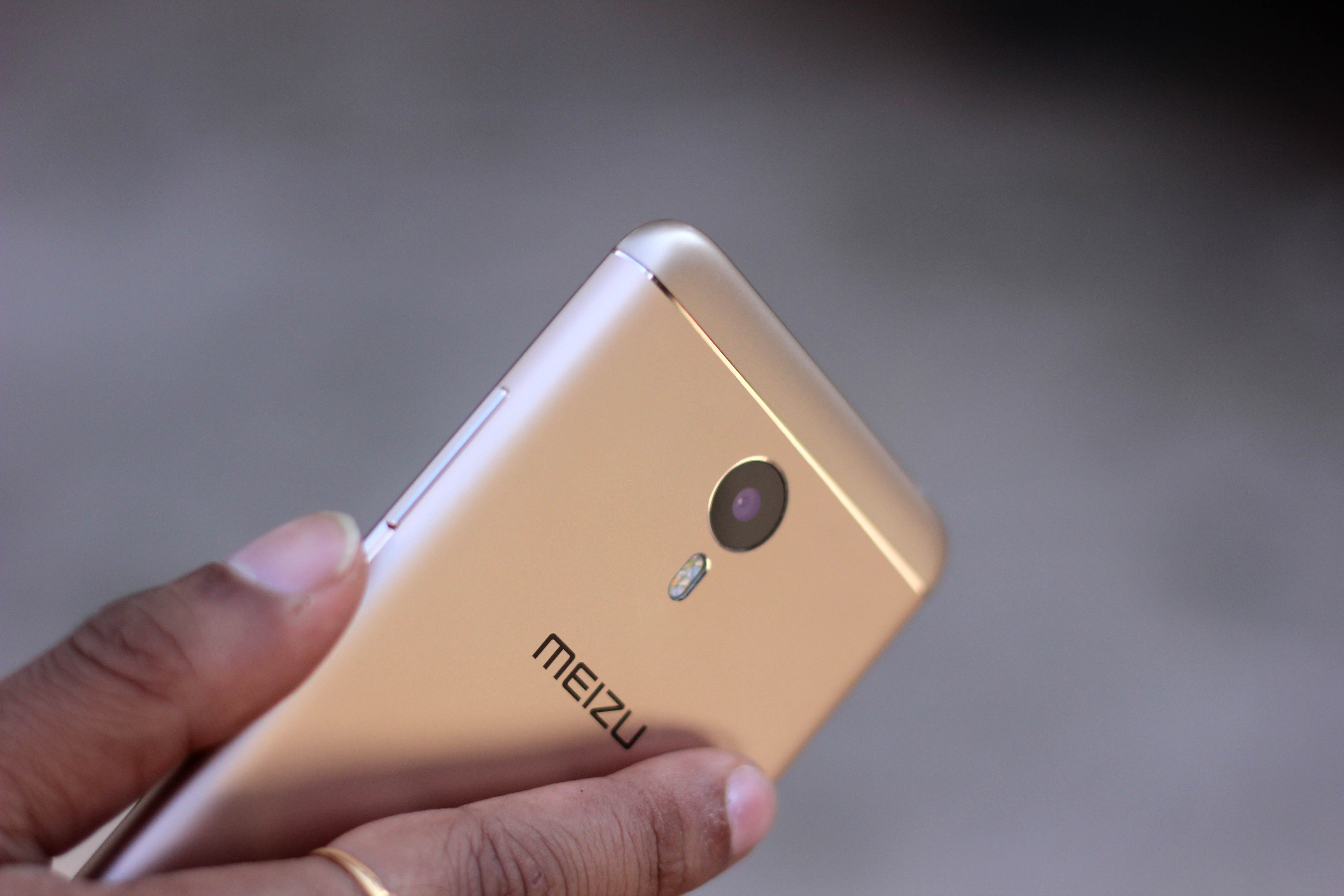 The Meizu M3 Note comes with an all metal back with a 13MP camera while the top and bottom remain plastic for the antenna bands. The front carries a 5.5″ screen which is protected by the Dinorex T2X-1 scratch/shock resistant glass protecting the 5MP camera, one home button which also is a fingerprint scanner and some sensors. The sensors on m3 are Compass Magnetometer, Proximity sensor, Accelerometer, Ambient light sensor, and Gyroscope. 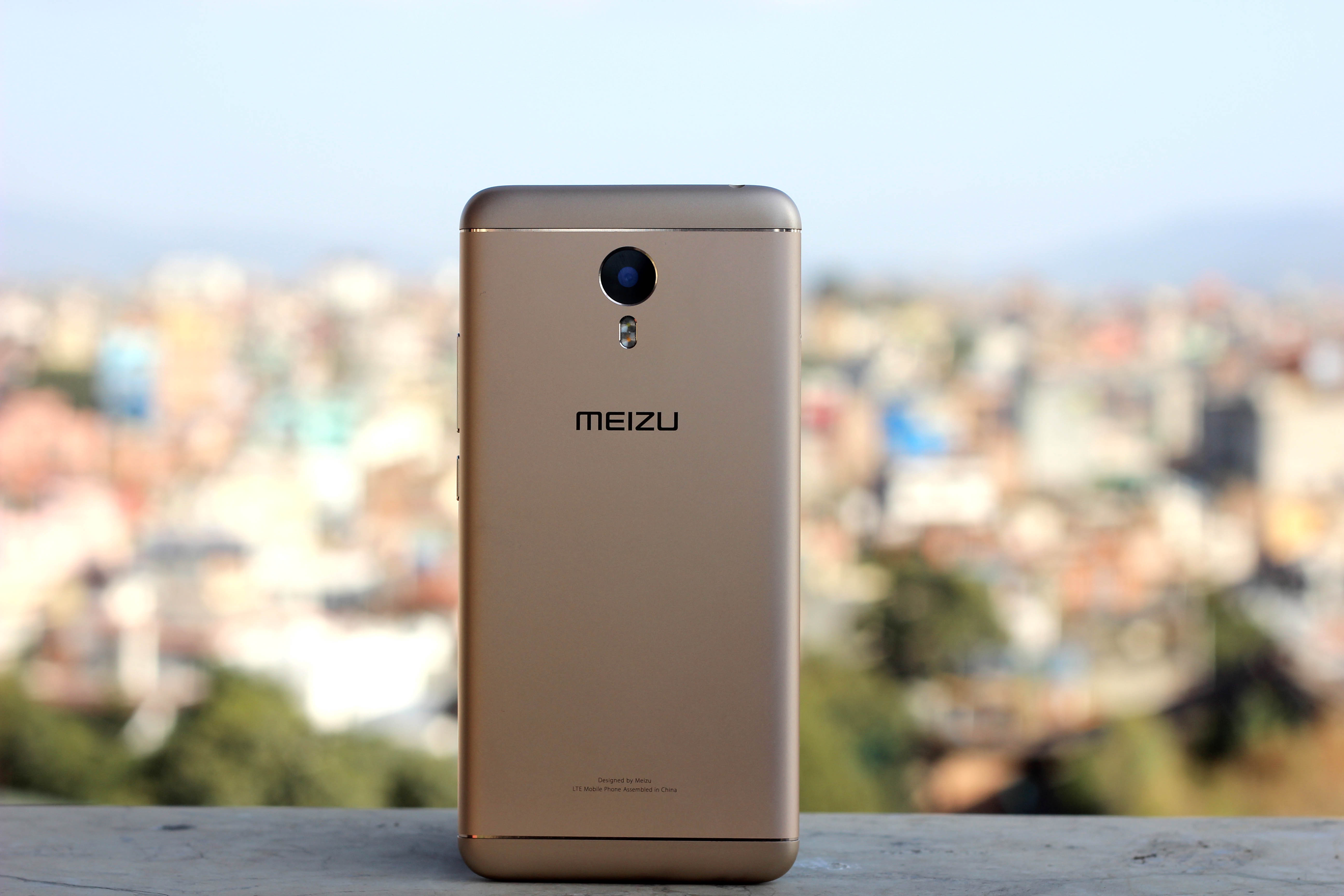 The phone comes with a single home button and there are no back and apps buttons which we find in almost all android phones. The button can be used as the home button by physically pressing it and as a back button through gentle taps. And to top that the button is also the fingerprint scanner of the phone which is surprisingly very fast for this segment. This interesting adaptation did impress me.

The m3 note comes with 5.5-inch IPS LCD display with 1080p resolution that nets a total pixel density of 403ppi screen. The screen comes with nice viewing angles and good brightness level in the indoor environment. But visibility suffers greatly in outdoor sunlight. 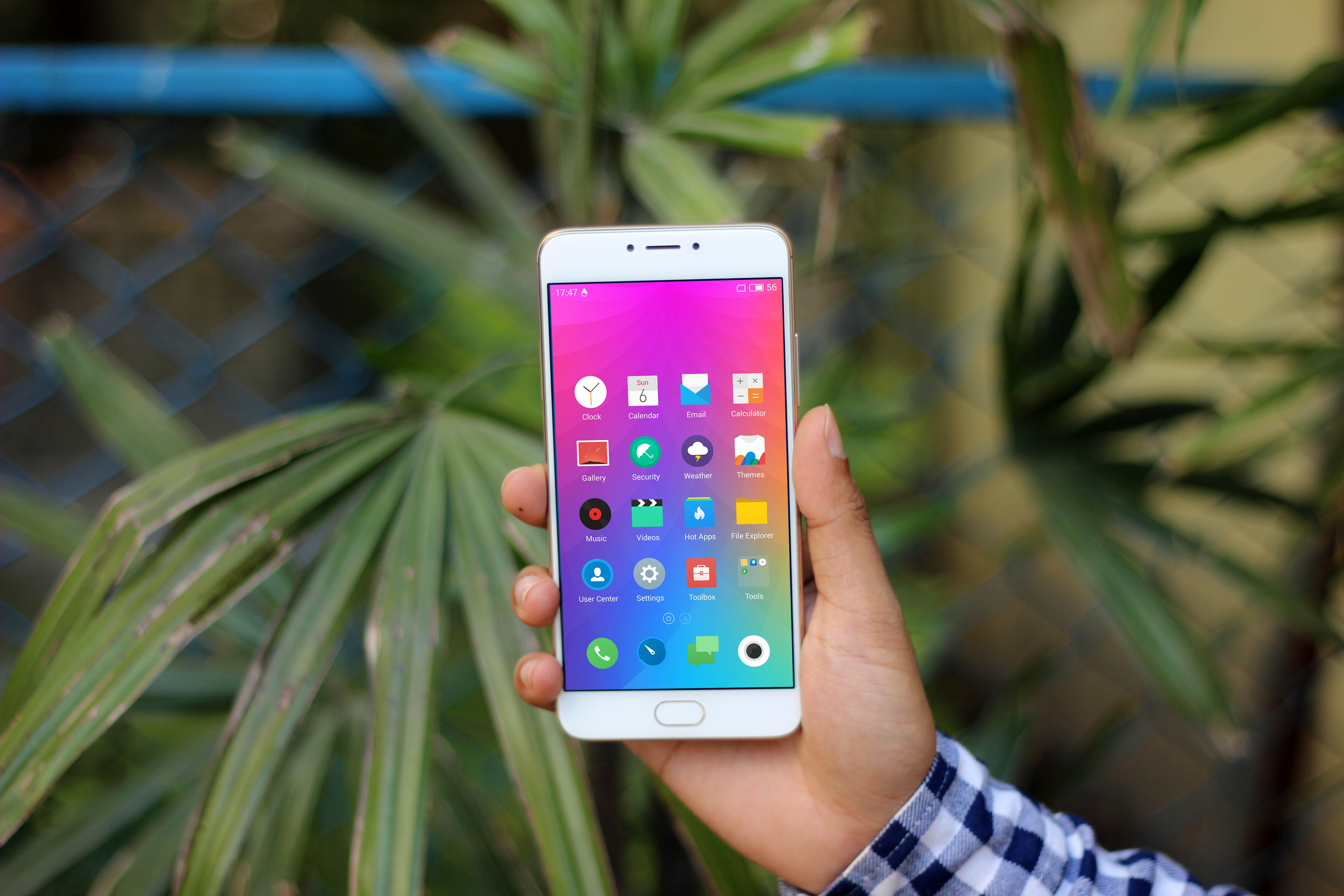 The screen comes with The Dinorex T2X-1 scratch/shock resistant glass protecting the 5.5″ display which looks nice and enhances the front view of the phone. The protection did amaze me in the paper but on real life scenario, it did not dazzle me. Upon simple daily handling and placing the phone in a pocket with keys and coins, micro scratches were found on further detailed examination. But the screen and display package does outstand other phones is this segment. The phone comes with Flyme 5 OS which is based on Android Lollipop 5.1. The interface heavily reminds me of iOS. There is no app drawer and all the apps are listed on the home screen. The phone comes with very limited apps unlike other Chinese OS which are loaded huge bloatware. One thing regarding the Flame that took my attention is that it did not come with Google Play Store. But it did come with Hot Apps that enlisted a list of all-time favorite apps like Facebook, W­hatsApp, etc. Upon powering on the phone for the first time there was a notification of Hot Apps by default which insisted on downloading Google Play store which was a one-touch affair. The Flyme OS may not be appreciated by many users, but after getting used to it delivered a very smooth experience to me.

The m3 note is using a Mediatek Helio P10, which embeds  a quad-core 1.8GHz Cortex-A53 and a quad-core 1.0GHz Cortex-A53 chip with a Mali-T860MP2 GPU. We tested the 32GB of storage with 3 GB RAM and performance is still decent for what one pays for the price. You would not find lag unless you use a power heavy game or app. A  Mediatek processor at this price range did not please me as you will get better phones with more capable SoCs at this price range.

The phone comes with a 13 MP back camera and 5 MP front shooter. The back camera comes with a dual tone camera and phase detection autofocus, but no optical image stabilization. The camera interface has quick access to flash, timer, front camera, settings and different modes like Beauty mode, Manual mode, and even a GIF mode. One can also shoot on HDR by selecting the feature through settings. On actual usage, the camera falls short at many instances to what it speaks in the paper. The images lacked detail and dynamic range. Certain noise crept in the shots despite different lighting condition. The phone is fine for taking pictures once in a while but would disappoint if you are someone with a high camera performance as a priority. The 5MP front camera is good for taking selfies and video calling.

Back Camera Samples
1 of 2 The Meizu m3 Note has a dual hybrid SIM slot, i.e. SIM+SIM/micro SD card. It supports a micro SIM and a Nano SIM with 4G. I found the call quality to be excellent. Meizu m3 Note outshines at some of its features and doesn’t in some. The phone overwhelms with its shimmering design and excellent battery performance, but let’s down with its camera and average performance. Overall the phone is still a good handset but in the current market flooded with similar devices, it is not difficult to find a device that delivers better value at the price.

Let’s also look around to see what other phones can one get for the money Meizu is asking for the M3 Note. Here are some of the notable alternatives to the device

Priced at Rs. 24,500, the Huawei GR5 offers a better rear camera, and feature rich fingerprint scanner, however, it’s 2GB RAM and 16GB ROM is no match for the 3GB/32GB storage of the Meizu M3 Note. 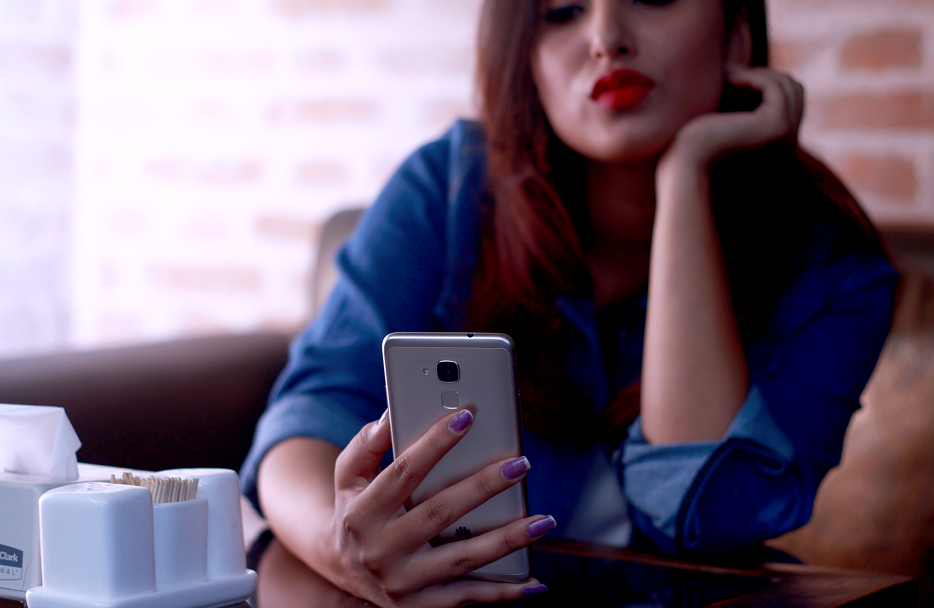