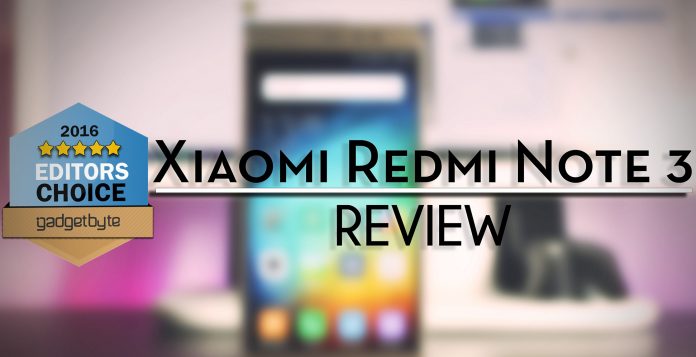 A year before now, it was very inconvenient to buy Xiaomi’s products in Nepal. You heard they were cheap, you knew they were awesome, but you just couldn’t get your hands on one of them. It has all changed since Vatsal Impex has taken the authorization to officially import and distribute Xiaomi products in Nepal. We now have some range of Xiaomi phones like the Redmi 2, Mi4, Redmi Note 2 and what everyone is calling  the “mid-range killer of 2016”, the Redmi Note 3.

Redmi Note 3 (2GB version) was launched in Nepal for Rs. 24,999 and 3GB variant was launced ifor Rs. 27,999 — Both of which falls in the midrange category. The phone comes with some stunning specs for its price, but let’s scale each of its key specs and find out if this phone is really worth the money and hype.

[Disclaimer: Vatsal Impex provided a brand new Redmi Note 3 for us to review, and we have been using the handset for past few days as our daily driver.]

The design is one of the main highlights of the Redmi Note 3. It is the first phone from Xiaomi to sport a full metal body with the inclusion of fingerprint sensor, which sounds pretty good for a budget smartphone. The phone has curved back and chamfered edges which make the phone easy to hold and handle despite sporting a huge 5.5-inch display. 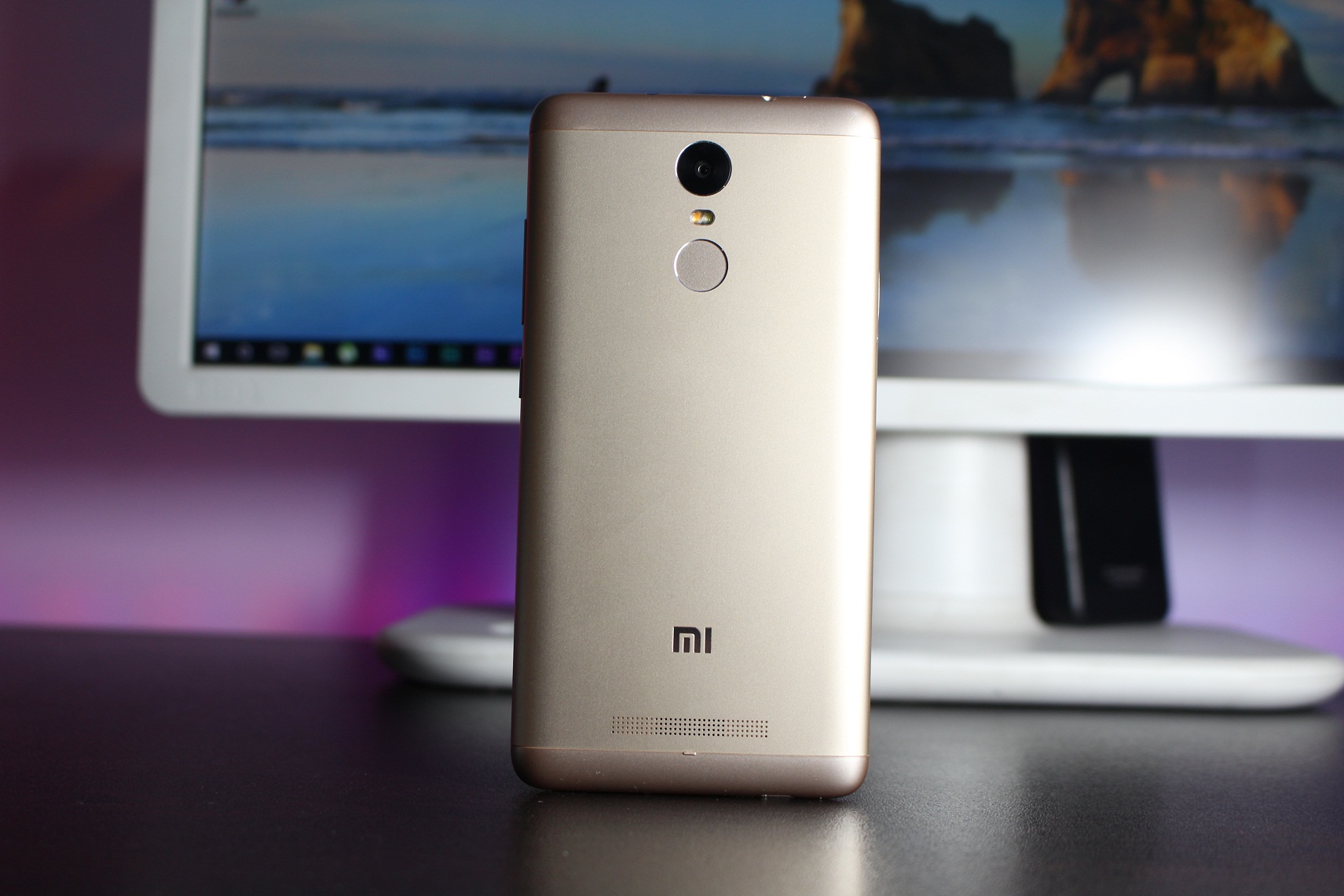 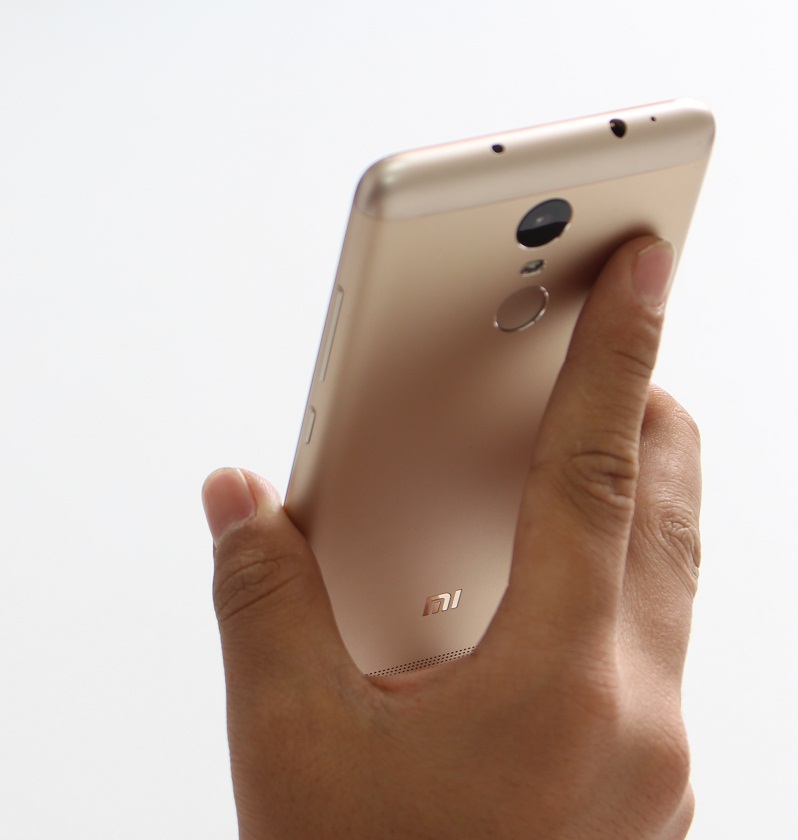 What we really liked about the fingerprint sensor is it’s located at the back of the device making it easier to press. Like fingerprint sensors on any flagship phones, it is pretty fast and accurate. It even sports an IR blaster so if you want a portable remote, you’ve got one with you all the time. For a budget phone, the Redmi Note 3 looks exquisite and is really well built.

Redmi Note 3 sports a 5.5-inch full HD IPS display which is pretty sharp at 401ppi. On our usage, we found the colors to be mild and on the warmer side which makes it easy to look without straining your eyes. However, at times, you wished you had a brighter screen while viewing colorful contents. But by no means it’s a bad display — it has very good viewing angles without much colors shifting. The sunlight legibility is also good with Xiaomi’s Sunlight Display feature which automatically increases the contrast under direct sunlight. The display is protected by a layer of glass from an unknown manufacturer which Xiaomi claims is as good as Corning Gorilla Glass, but we recommend you to put a tempered glass protection as soon as you buy the phone. energy efficient mid-range chipset. On our day to day usage, we didn’t feel any lags or stutter. With the new MIUI7, everything was fast and buttery smooth. The new animations made it a whole lot fun to use the device and made the device seem more fluid.

The base model with 2GB RAM has decent memory management, if not the best. If you like to multitask a lot, we recommend you to go for the 3GB RAM variant. We could switch between 4 to 5 apps constantly without missing a beat. Even while playing high-end games, the memory was sufficient and ran most of the games smoothly at medium to high settings. The best part was we didn’t face any major heating issues while gaming or doing heavy multitasking. The phone did get noticeably hot, but it felt like nothing as it cooled instantly once you left the game or cleared the memory. Overall for the price you’re paying, Redmi Note 3 won’t disappoint you and it is capable of fulfilling some of your flagship phone needs.

Redmi Note 3 boasts a 16MP Rear Camera with f/2.0 aperture and phase detection auto-focus which means you’ll get faster focusing and better low light imaging theoretically. On our test, the camera performed very well, if not the best. Pictures taken were pretty good under plenty of sunlight with accurate colors, noticeable dynamic range and had a decent amount of sharpness and saturation. Also taking pictures was pretty quick. But camera mostly underexposes the image so it lacks in detail than one would expect on a 16MP resolution.

Turning the HDR mode will make things right for you, bringing out enough colors and details to make your images feel content. But it does make the camera a bit slower. Also, the Camera’s UI is pretty minimal like in the previous versions of MIUI. You also get a lot of inbuilt filters, but we personally think they are of minimum use. Rear camera records video at [email protected] which is pretty decent, but due to lack of OIS (Optical Image Stabilization) and software stabilization, it tends to get a bit shaky. However, the overall camera performance on the Redmi note 3 performs really great compared to any other smartphone in the same price category. The 5-megapixel front camera comes with an F2.0 aperture lens and captures good selfies. However, it lacks wide-angle lens meaning it’s not so perfect for taking group photos or if you want to take wide shots.

The Xiaomi Redmi Note 3 is running on Android 5.1 Lollipop with MIUI 7. For the first timers, you might feel weird about the MIUI, but once you keep using it you’ll feel right at home. To start off, it doesn’t have an app drawer. If you’re used to that, you’ll find it pretty easy to navigate around. You’ll start to notice the little details in the UI which makes using it a complete joy. There are hidden tweaks everywhere you only need to dig into the settings or google them for ease.

You won’t be disappointed with what MIUI has to offer. The overall UI is very colorful and vibrant. Although it’s a heavily skinned UI there isn’t any lag or stutter what so ever. Now with the inclusion of Fingerprint sensor the security has been updated and with the fingerprint sensor you can do a lot more here, like take pictures, unlock hidden folders, App lock, and third-party logins.

With the Redmi Note 3, you get a massive 4000mAh battery which will easily last you for two days under normal usage and almost a full day on heavy usage. On our test, we got around 5.5 to 6 hour of screen on time and 8 hours of back to back video playback. Also, if you run out of charge anytime soon, Redmi Note 3 also includes quick Charge 2.0 first generation which takes about 1 hour to reach 50% from 0 and about 2.5 hours to completely charge the device. 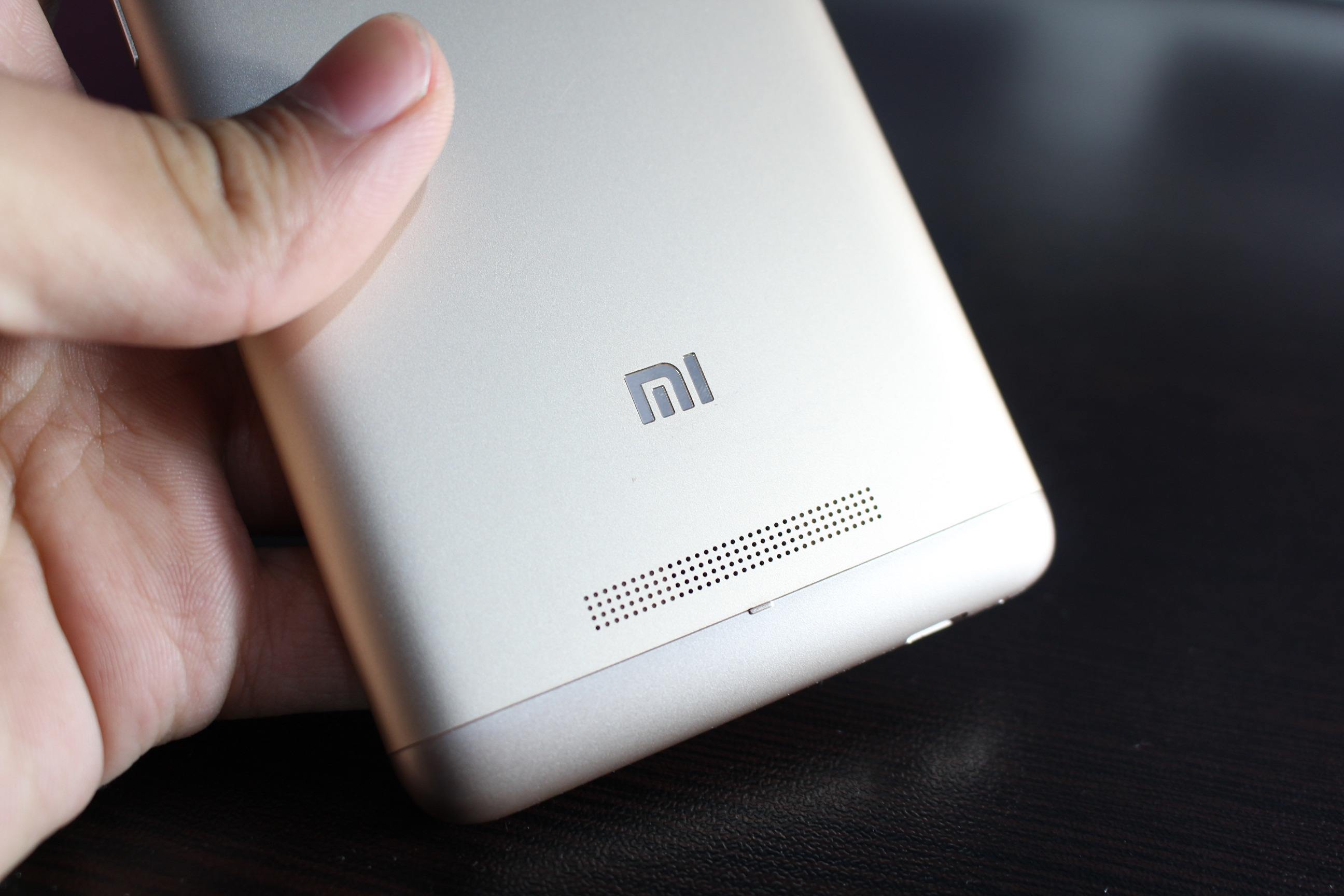 Connectivity wise, the Xiaomi Redmi Note sports a Dual hybrid SIM slot, which means you can either insert 2 SIM card or one SIM card and one microSD card. We only hoped that the handset had a dedicated SIM slots and a microSD card slot. Since there is a majority of users who uses 2 SIM card and 16GB inbuilt might not be sufficient. Other connectivity includes WiFi, Bluetooth, and GPS.

The Redmi Note 3 pricing starts at NRs. 24,999 in Nepal which looks terrible when compared to Indian pricing (INR. 10,000 ~ NRs. 16,000). However, in India, Xiaomi sells through their own website and one has to register to get one. There are no retail shops, and its a hassle to get one.

[Read more: Why Smartphones in Nepal are expensive when compared to India and China]

Despite the exorbitant pricing of the Redmi Note 3 in Nepal, it still better compared to similarly priced phones from Samsung and Huawei. The Redmi Note 3 even goes head to head with phones that costs over Rs. 30,000.