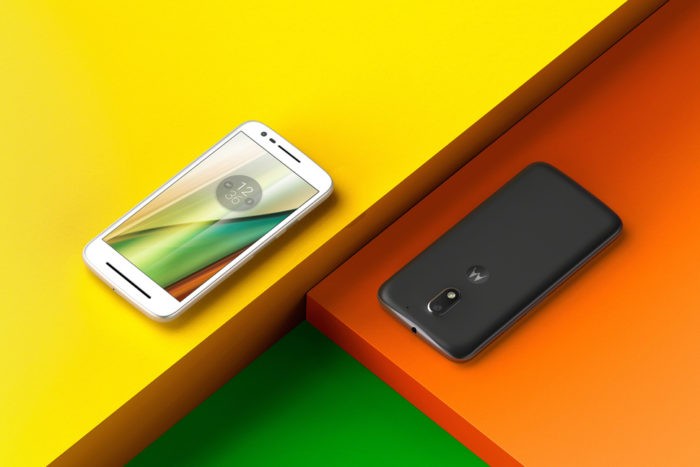 Lenovo-owned Motorola has launched the 3rd generation Moto E. The new moto E3 packs a 5 inch IPS (720 X 1280 pixels) display panel rather than a 4.5-inch display from the previous years and a more capable 1.2GHz quad-core Snapdragon chipset. The new Moto E3 also comes with an improved 8 Megapixel rear and 5 Megapixel front facing camera. The 2,800mAh battery is powering the display and other components of the device.

In terms of memory, the phone sports 8 GB onboard storage and can be expanded upto 64 GB if needed. The new Moto E3 is quite similar to its brother the Moto G4 in terms of build and looks.

Running Android 6.0.1 Marshmallow out of the box , the new Moto E is a great competitive phone in the budget price segment of the market. In Nepal, it will cost around Rs.14000 considering the international pricing of £99. Although it is  slightly higher than earlier Moto  E models, the new Moto E is a brilliant phone in its price range. Lenovo also claims that the new Moto E is smudge, water, and dust resistant. The phone also has an inbuilt screen protector.

In my opinion, the Moto E3 is a solid phone with stunning performance, built quality, battery and camera in such a low budget. I’d recommend getting this phone who has a budget around 15k.