Home Motorola Motorola One Hyper is the Company’s First Phone with a Pop-Up Camera... Making its surprise debut during the Qualcomm Snapdragon Summit in Hawaii, Motorola has launched its newest mid-range device – the Motorola One Hyper. Packing a tantalizing design and a sweet camera setup, this phone looks to cater to the camera-hungry audiences. Though it doesn’t come with the most fitting of the processors, the Motorola One Hyper is an interesting mid-ranger, to say the least.

Starting with the design, the Motorola One Hyper comes with a unique design than the rest of Motorola One phones or any other phones from the company in that matter. Though the build material is still plastic, the phone doesn’t look cheap or gimmicky. It has a subtle 3D curved design for an easy grip on the hands. In its initial launch in the US, the One Hyper will be available only in the “Deepsea Blue” color, though there are “Dark Amber” and “Fresh Orchid” variants coming as well.

The display here is a 6.5-inch “Total Vision” LCD panel (yeah, not AMOLED) with an impressive 90% screen-to-body ratio. You’d think that number would be a little higher since Motorola has gone with a pop-up camera mechanism here, but is a slightly bigger bezel on the bottom.

However, this is a Full-HD+ display with a 19:9 aspect ratio, so content consumption on the Motorola One Hyper should be pleasant.

Also Read: Motorola Razr is here – An expensive trip down the memory lane!

Now the camera is definitely what Motorola has been hyping about on this phone. It features a 32MP pop-up selfie camera upfront, which comes with Quad-Pixel Binning technology. With this, you can get detailed 8MP images even in low-lighting situations. The front camera is also capable of slo-mo videos and other assorted camera features from Motorola.

On the back, we get a 64MP main sensor, which also comes with 16MP Qual-Pixel Binning. There is also an 8MP ultrawide lens with 118º field-of-view. 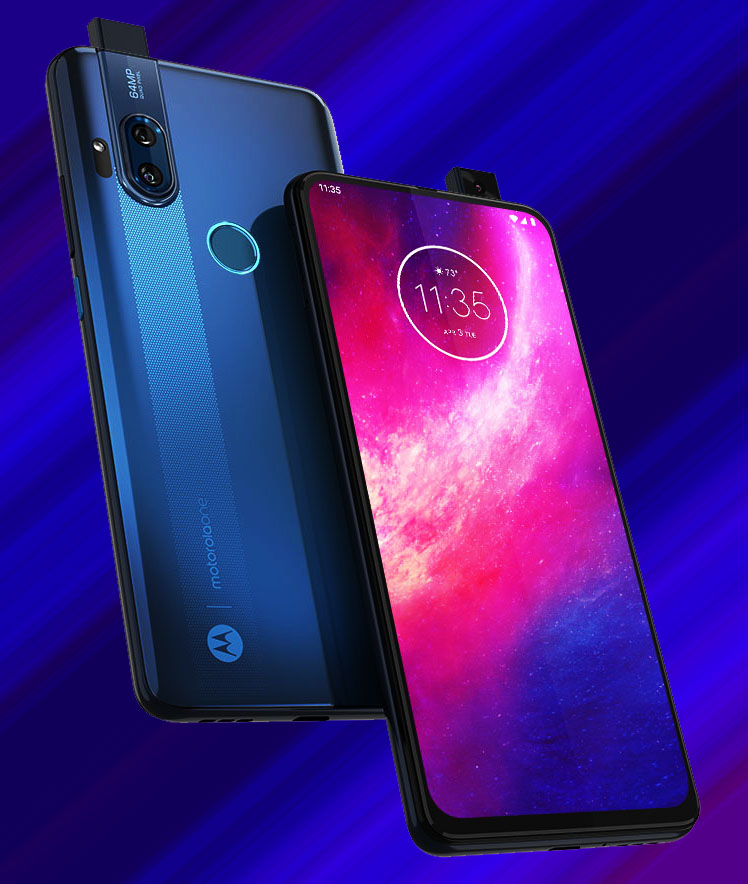 Talking about the features, the Motorola One Hyper has “Night Vision”, “Auto Smile Capture”, “Smart Composition”, “Portraits”, “Face Beauty”, “Cinemagraph”, and other features. Videography wise, the rear camera can shoot up to 4K videos @30fps and FHD @60/30fps while the front camera can shoot [email protected]/30fps.

While the phone has an impressive camera setup and an attractive design, there’s not much to be wowed by its performance. The Motorola One Hyper is powered by the Snapdragon 675 chipset with the Adreno 612 GPU, which is a decent SoC. However, I personally don’t think it deserves to be on a phone costing $399 because the SD 675 is better suited for budget and lower mid-range smartphone.

On the memory front, there’s a single configuration only with 4GB of RAM and 128GB of expandable internal storage. Though the phone definitely won’t hang up on you frequently, multi-tasking around heavy apps/games should definitely result in some lags or stutters.

The Motorola One Hyper is powered by a decent 4000 mAh battery and comes with 18W charging out-of-the-box. However, the phone is also capable of 45W charging via a USB Type-C PD charger or a regular 45W charging brick that you can find in the market. Motorola claims that the phone can give up to 38 hours of battery life on a single full charge.

Like every other Motorola devices, the One Hyper also runs on almost-stock Android with the latest Android 10 on board. Though it doesn’t have an official IP certification, the phone has a water-repellent design for protection against splashes and light rain. 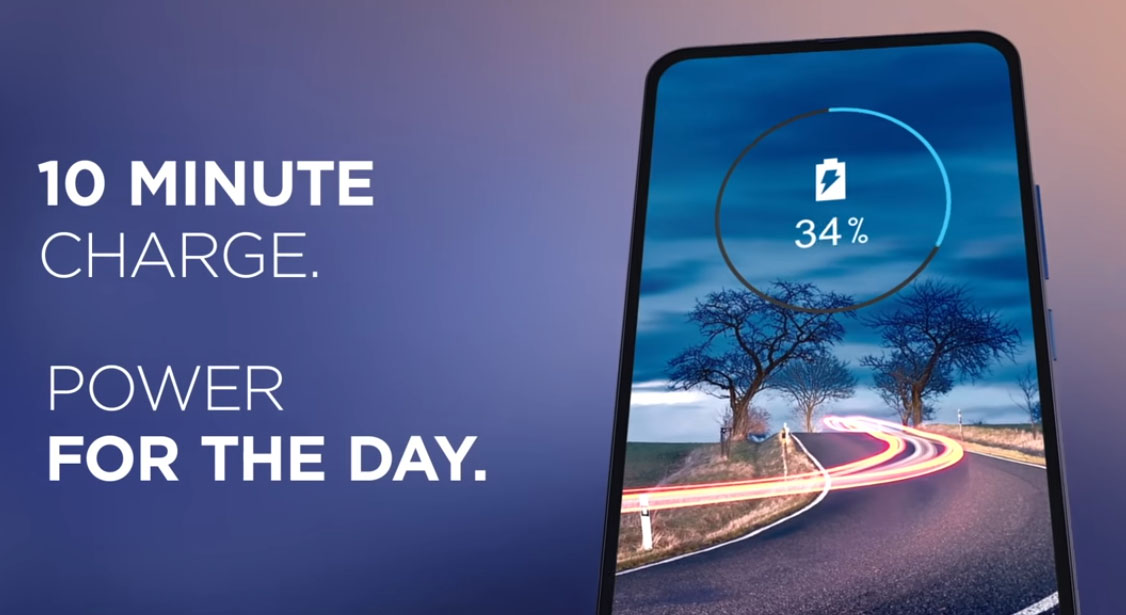 Moreover, the circular fingerprint sensor on the back also functions as the phone’s notification light. And for you audiophiles out there, the One Hyper has Dolby Audio support for clearer and high-quality audio experience.

For now, the phone is only available in the US for $399. However, it will also be coming to the European and Latin American markets.