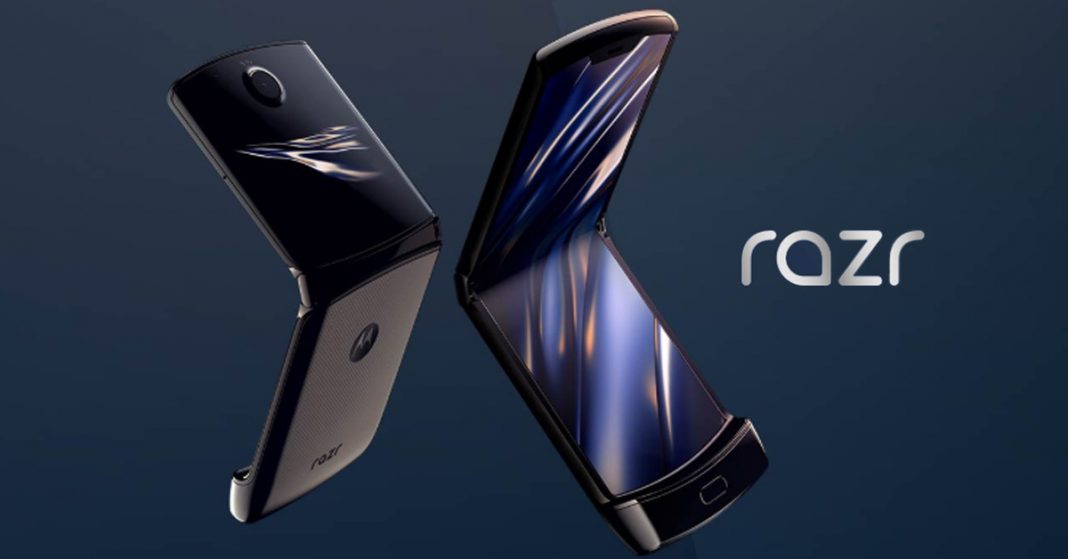 Remember the original Motorola RAZR? The classic flip phone which was probably the first phone of many still holds a special place in our hearts. With its oh-so-satisfying flip mechanism, holding a phone had never looked and felt so cool before. Say all you want about bezel-less displays and whatnots, but no smartphone in the market can match the design aesthetics of the RAZR. Well… that’s not the case no more! After all the leaks and rumors, Motorola has finally unveiled the new Motorola “razr“.

The belle of the ball – Design

Giving you a sweet-sweet hit of nostalgia, the Motorola razr is a modern take on the classic flip phone design. It now unfolds onto a big OLED display and runs Android. The design is really what the company is emphasizing on with this product, and thus has sacrificed a lot in other aspects, which I’ll get on to later. When folded, the new razr bears the same thickness as the original RAZR from back in 2004. Now, that’s a commendable dedication to design from Motorola.

“I used the RAZR to destroy build the razr.”

However, the new razr is significantly heavier at 205 grams, which is to be expected. Though there is no IP rating, the razr is splash-proof with water resistance, thanks to Motorola’s nanocoating technology.

While we’ve seen an imperfect and creased display in foldable phones in the market like Samsung’s Galaxy Fold, Royole FlexPai, and even the Huawei Mate X, the Motorola razr is an exception. It is thanks to the unique hinge which includes “movable support plates that rigidly support the display when the phone is open, but collapse out of the way when the phone is closed.”

Motorola collaboratively worked with Lenovo to make the hinge, which greatly adds to the appeal of the razr. Because of the multiple hinge mechanism, there’s no crease; just a flat, tall OLED display. Similarly, part of the appeal of a flip phone is the snap to end a call and obviously, you can do that with the new razr.

A couple of displays

Like with all the foldable phones out there, the razr too has more than one display. When folded, you have access to the 2.7-inch glass OLED display with 600 x 800 pixels’ resolution on a 4:3 aspect ratio. Motorola is calling it the “Quick View” display. Here, you can view the time, get your notifications, control music, take selfies via the primary camera, view and send messages, etc. This could help eliminate the need to constantly access the main display of your phone, which would otherwise distract you from the task at hand. 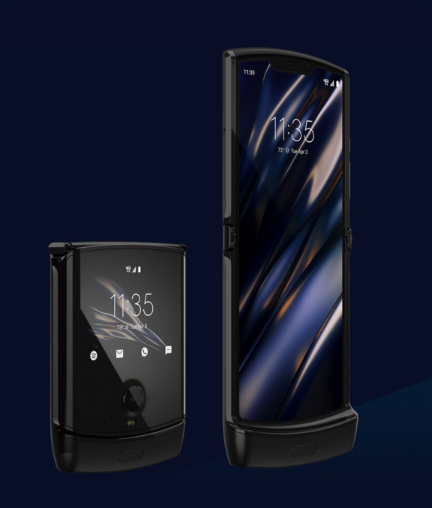 Now let’s talk about the main display. The razr gloriously unfolds to a 6.2-inch “Flex View” plastic OLED display with HD (2142 x 876 pixels) resolution on a 21:9 “Cinemavision” aspect ratio. As aforementioned, there’s no crease in the display. And since it features a familiar aspect ratio, the UI and apps or games do not misbehave like they do in other foldable devices. After all, it’s really just a tall display and nothing more.

“razr” has always been about the flip and the classic design ever since the initial days of its development. To achieve this, Motorola has had to compromise on a lot of different areas and it shows. First of all, the phone is powered by a mid-range Snapdragon 710 chipset from almost 2 years ago. Though not totally useless, I would’ve preferred a Snapdragon 855 or even the 730G would’ve been decent enough. Motorola says the choice was made considering the thermal performance and of course, the design of the razr.

Similarly, it has 6GB of RAM and 128GB of storage which can’t be expanded via a microSD card. Adding to the injury is the tiny 2510 mAh battery that supports 15W TurboPower charging. While Google’s Pixel 4 was absolutely hammered with criticism for its 2800 mAh cell, lord have mercy on the razr!

Additionally, the cameras won’t wow you either. There’s a single 16MP main lens with EIS and a 5MP selfie camera. Now, Motorola has tried to salvage the razr’s camera capabilities by adding various creative modes. “Spot Color” mode lets you select one color from the shot while turning the rest into monochrome.

Similarly, there is the “Night Vision” mode for low-light photography and “Cinemagraph” mode which keeps a portion of the shot in motion while freezing everything else (the demo video by Motorola feels surreal and a little creepy tbh). Also making its presence is the “Portrait” mode for the bokeh effect.

With the sizeably chunky form-factor that it comes in, you’d expect a 3.5 mm headphone jack but that’s a no-show either. For security purposes, you get a non-Motorola branding physical fingerprint sensor in the chin. Finally, it runs on Android 9.0 (Pie) out of the box, which is as you know, isn’t the latest you can get.

Are you ready for it? The Motorola razr retails for $1,499 and is only available in the US as a Verizon exclusive. There is no news to when and if it’ll come to other carriers in the US or other countries to that matter.

So what do you think? Does the price objectively justify the device? After all, it is meant to be used as any other smartphone out in the market. I think the modernization of flip phones alone makes razr worth the asking price. Obviously not everyone is cut from the same cloth and there’ll be many that won’t relate to the embedded nostalgia. But at the end of the day, all I can say is thank you and kudos to Motorola for resurrecting one of the most beloved pieces of technology of our generation.