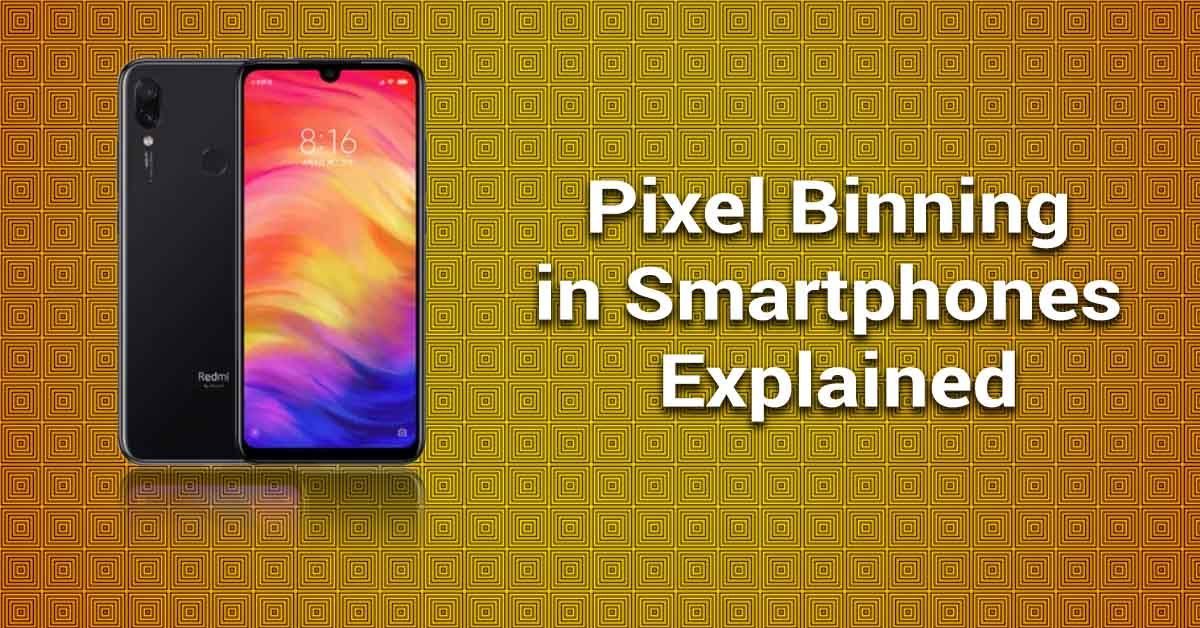 These days, smartphones usually seem to focus on two things – getting that edge-to-edge display and fitting more cameras into the phone. Smartphone cameras have been getting better over the years, with AI this and AI that. But at one time, it will reach its limit. After all, there’s only so much software can do.

At some point, you need to improve the hardware as well. And so, these days, we can see some smartphones with large megapixels in their cameras. Now, that is probably to create a hype in the market, but nevertheless, they are there. But then again, the software also needs to work in tandem with the hardware. And to make effective use of the large megapixels, pixel binning seems to be the way.

While pixel binning is being used by some phones already, this topic is raised recently, because of the new Xiaomi Redmi Note 7. The supposed mid-range killer phone packs a Snapdragon 660 chipset but features a 48 MP camera at the back. But the Snapdragon 660 is not capable of processing that many megapixels from the camera. And so, pixel binning comes into play.

What is Pixel Binning?

Pixel Binning, actually, is pretty simple…it is just combining more pixels into 1 to make it a superpixel. But there is a lot more that goes into it behind the scenes.

And to understand that, we also need to know how camera sensors work. The general notion is that the larger the camera in terms of megapixel count, the better. Sharper pictures have more details even when zoomed in. Then, there are pixels to consider. That, too, differs in terms of camera sensors and digital output on your screen. 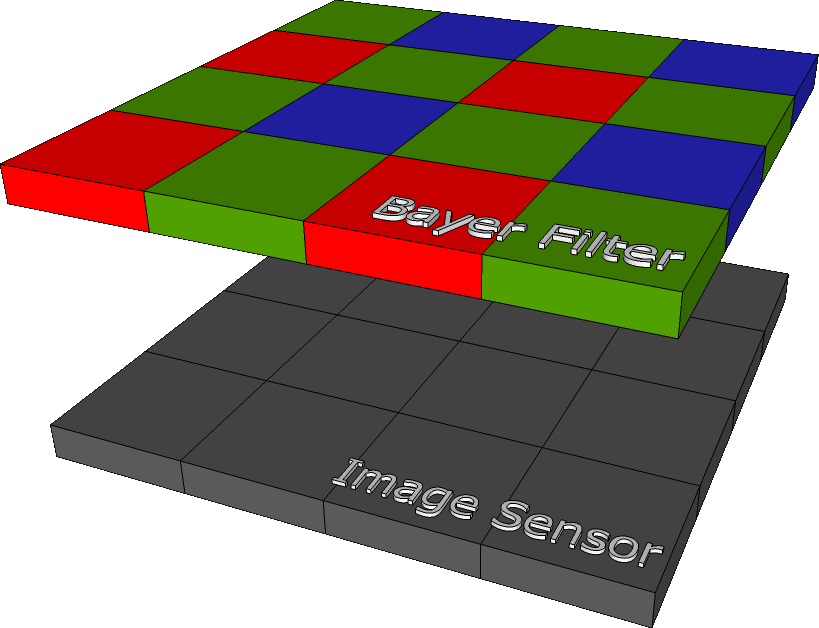 On a sensor, there is something called a Bayer filter. Which means there are red, green and blue filters on top – allowing these lights to pass through. These pixels are laid out in alternate patterns with the green filter occupying 50% and the other two occupying 25% each. So, the pixels are arranged in such a way that each pixel alternates in this way: Red-Green-Blue-Green, and so on. Without the Bayer filter, the images would come out monochrome.

These Red, Green and Blue pixels are combined into a single RGB pixel using a process called Demosaicing, generating your standard RGB colored picture in the digital format. Now, when the JPG picture is to be generated, pixel binning takes place during this demosaicing.

It takes 4 pixels, i.e. of a 2 x 2 grid and combines them into 1, so, the information gathered by 4 pixels is now contained by a single larger one, which means, the noise in each pixel are compressed while the details get sharper.

But squeezing the pixels also decreases the resolution. And so, a 40 MP camera would produce about 10 MP image. But that, still in itself, is a good usable picture, so, there’s nothing to worry about. However, this technology is not generally used in cameras with smaller megapixels, as it can significantly reduce the resolution of the pictures. But binning actually has quite a few benefits. It immensely helps in low light photography, by compressing noise and details to make photos sharper. Each pixel gets its own light, so, when light from 4 pixels are combined into 1, the image should be better. It also helps to get good frame rates in videos by reducing the exposure time and reducing number of pixels to be measured. More benefits include improving the signal to noise ratio and improving High Dynamic Range.

The limitations of using the technology, in addition to it reducing the resolution, is that the camera lacks RAW output. That is you cannot produce RAW images from mobile phones unless the manufacturer lets you do it by disabling pixel binning, like the Huawei Mate 20 Pro.

But there are also other mathematics and whatnot that goes into image processing. So, this is only a small part of camera technology. And about the Redmi Note 7, whose chip cannot support the huge 48 MP camera’s outputs. The Samsung GM1 sensor used in it has Quad-Bayer filter, which means that the pixels are arranged in…let’s say, a quad-alternate way, which leads to the same pixel binning process as discussed. So, that’s how the processor can support a 48 MP camera. The Snapdragon 660 not being able to process a 48 MP image has nothing to do with the 48 MP hardware on it.

All in all, this means despite the claims of large megapixels in smartphone cameras, it is not always necessary that they produce the best of images. Now, we’re not saying the Redmi Note 7 will not produce good results. We just mean to say that, this is not only a marketing gimmick from Xiaomi – it definitely has a 48 MP camera, but at the same time, it will not produce as good photos as a real 48 MP camera!