Home Motorola Apparently, Motorola is working on a new phone with a stylus pen... 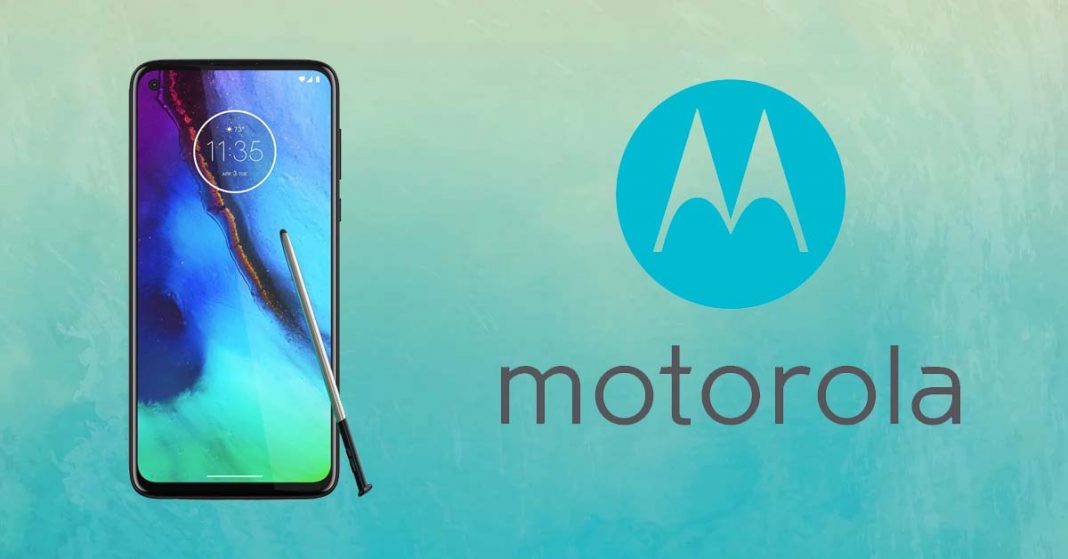 When someone talks about the Stylus Pen, we can’t help but think of the Samsung Note Series. Though people associate the S-pen mostly with the Samsung Note Series, it isn’t the only smartphone lineup to come with a Stylus pen. LG has included the pen in its Stylo series as well. Recent leaks suggest Motorola is also working on a phone with a stylus pen, whose renders have emerged on the internet. We still don’t know if it will be a one-of-its-kind phone by Motorola or will Motorola come up with a new line up like the Note and the Stylo.

Leakster by the name of Evan Blass is the man behind all the talks about Motorola’s upcoming stylus phone. The leak came via his twitter handle. The leaked image shows a Motorola phone with a stylus pen. The name of the phone hasn’t been disclosed but Evan Blass has clarified that it isn’t the Motorola Edge+.

Talking about the phone, the phone comes with a display that curves at the corner. The punch-hole on located at the top left corner of the device will house the front camera. There is an earpiece grill towards the middle. The bezel on the bottom is quite noticeable. Also, the look at the bottom of the screen makes us believe it will come with gesture navigation. So it will come with Android 10 out of the box. And since it’s from Motorola, we expect a clean near-stock Android experience.

The highlight of the phone is the Stylus pen which, on the picture, is shown inclined against the display of the phone. The grip and the tip of the stylus look to be of a different material than the middle portion which looks to be metallic. The tip looks bulky which makes me believe that it is a capacitive stylus. The Samsung Note series comes with an active stylus.

The phone hasn’t been officially confirmed. The complete specification of the phone is still a mystery to us. But we are confident that more information will be available as we move closer to the World Mobile Congress 2020. Keeping the design and the capacitative stylus pen in mind, the phone looks to compete in the mid-range segment of the smartphone market.

Check out our hands-on review of Samsung Galaxy Note 10 Lite!