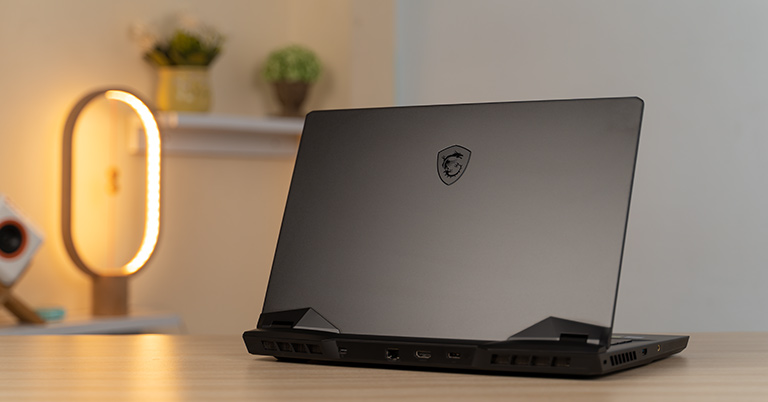 MSI sells all kinds of gaming laptops; from the lightweight ones under the “GF” lineup to the might powerful devices in the high-end “GP” and “GE” series. I have been using the new GP66 Leopard for almost a month now. And in this review, I’ll be sharing all my experiences with the MSI GP66 Leopard (11UG).

Starting with the design, as you can see, it’s quite a chonky unit. But thankfully, MSI has used a plastic-aluminum hybrid material to keep the weight to a minimum. At 2.38 kg—despite its aggressive look—the GP66 is actually lighter than the Omen 15 that I reviewed recently.

Still, coming from the M1 MacBook Pro, this is a far cry from an easily portable laptop for me. Regardless of its bold design, the GP66 doesn’t get the RGB encasement as the more expensive MSI GE76 Raider, but that’s fine by me. I’m a bigger fan of the subtlety anyway.

Its hinge is fairly sturdy for the most part but I did notice a considerable flex near the middle of the chassis. Also, while the company embraced a modern-looking 16:10 aspect ratio in its 2021 lineup of Creator laptops, this one still hosts a traditional 16:9 display. The side bezels don’t bother me as much but this chin is certainly distracting.

Oh, and before I forget—this hinge can’t lay 180º flat either. Thankfully, its beveled edges all around—complemented by a fairly blunt edge at the bottom of the keyboard deck means I’ve had zero discomforts when typing on this laptop for hours. Moving on to ports, MSI certainly could’ve done better though.

Not the best port selection

First off, there’s no USB-C connection at all—and all three Type-A connections are of the USB 3.2 Gen 1 protocol. And considering the content creation possibility of this machine, I would’ve liked to see a full-sized SD card reader as well.

Nevertheless, there’s a 3.5mm headphone jack and a Kensington lock slot over on the left while the back of the GP66 houses a Mini-DisplayPort 1.4, HDMI 2.1, an RJ45, and a power-in port.

Getting to the display, MSI sells this laptop in three configurations: a 165Hz QHD panel, a 144Hz FHD panel, or a 240Hz FHD option, which is the one I have. And let me just tell you, I don’t know how I’m going to adjust to the MacBook Pro’s 60Hz refresh rate when I eventually get back to it. 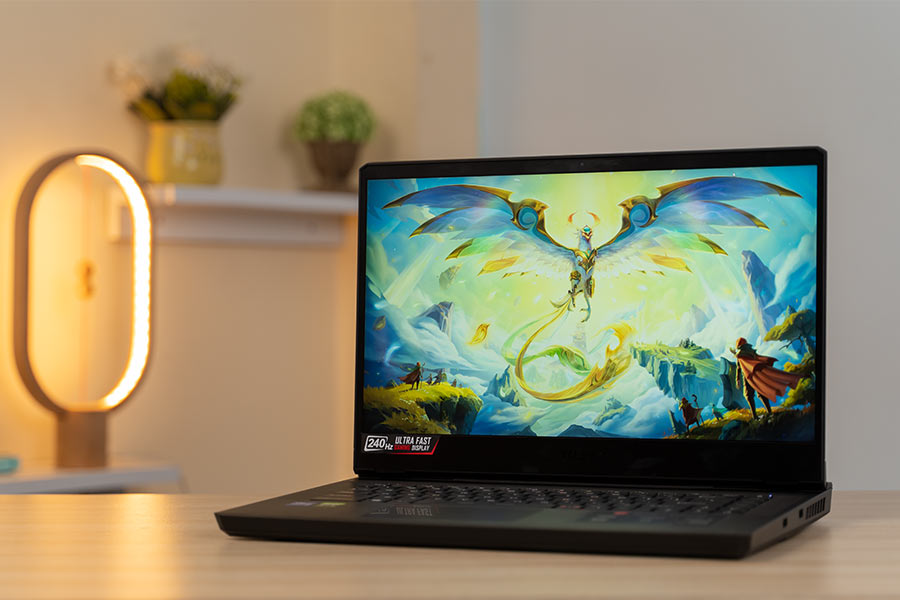 Everything is just so smooth on this thing that you’ll feel spoiled in a matter of hours. But if you’d rather have a sharper screen, I doubt the 165Hz refresh rate is going to feel significantly sluggish.

As expected, the sharper variant also boasts a better color coverage with 100% DCI-P3 gamut—while MSI promises 72% DCI-P3 and “close-to 100% sRGB” color space on the FHD models. And throughout my usage, this screen has fared me just fine. The colors look fairly saturated whereas thanks to its 291 nits of peak brightness, the laptop doesn’t struggle with maintaining visibility either.

However, the GP66 does suffer from a mild dip in color saturation levels when looking at it from extreme angles. I also noticed minimal screen bleeding on the bottom left edge of the display but it’s absolutely nothing to worry about.

More importantly, MSI has used an anti-glare coating to make sure the ambient light reflections don’t get too distracting. And because this is a gaming laptop, it boasts a minimal response time of 3.5ms only—which is something eSports players will certainly appreciate.

Moving on, MSI has partnered up with SteelSeries to bring a per-key RGB keyboard on the GP66 Leopard. Customizing the lighting is also super easy—you can select from a bunch of pre-loaded RGB presets or tweak the individual keys the way you want.

Yet, the backlighting isn’t as well-implemented as I’d hoped for. You can clearly see that the secondary shortcut engravings aren’t as illuminating.

Plus, when setting its lighting to steady “White”, the keys look noticeably pinkish instead. But I feel like this could be solved with an update to the SteelSeries GG app. Anyway, I have nothing to complain about the keyboard feedback. The keys are full-sized, well spaced-out, offer a decent travel distance, and there’s minimal flex on the keyboard deck. I also like the soft and silent sound profile upon their press which is a crucial thing to consider when using the laptop in a professional setting.

But as you can see, despite being housed inside a 15.6” chassis, there’s a dedicated Numpad missing here. On the contrary, MSI’s design language involves a wide flank on either side—on top of a subtle trough to prevent key-presses onto the display.

The Function and Control keys fused together has been a bit of a challenge to get used to—although I am thankful for these large arrow keys. All in all, I’m pretty fond of this keyboard in spite of a couple of dismissable flaws.

The trackpad, on the other hand, could’ve been better. Feels like MSI should’ve pushed the keyboard deck a little higher to make space for a larger trackpad, but here we are. Also, while I’ve faced no trouble with palm rejection, I wished it was centrally aligned. As a result, this glass-made trackpad has further strengthened my habit of sticking to a dedicated mouse. In addition, I find its feedback quite noisy. And it’s especially audible when I’m using multi-finger gestures. But that’s not to say there’s any issue with the gestures’ responses themselves.

For audio, the GP66 Leopard brings dual stereo speakers with the driver units located on the lowermost portion on the sides. Therefore, the audio output doesn’t get as muffled here. But disregarding the supposed clarity, these stereo speakers still disappoint. Bass reproduction is completely absent while I find its instrument separation lackluster too.

After playing around with equalizers inside the Nahimic app, I did manage to get a slightly better sound quality from these speakers. But at the end of the day, it’s pretty clear that MSI has installed a mediocre sound setup here. Even its loudness doesn’t get up to the mark.

And of course—this gaming laptop’s webcam isn’t that great. To note, the onboard 720p camera isn’t complemented by an IR sensor for Windows Hello login. But more importantly, the video quality from this webcam is below average. Subjects look way too grainy and it doesn’t handle exposure or dynamic range very well. I guess it’s fine for casual video calls. But I would suggest getting a decent external camera if you frequently attend Zoom meetings or online classes. Additionally, the audio pickup from its array microphones didn’t wow me as well.

Okay, allow me to talk about the performance side of things now. I’ve been reviewing a bunch of gaming laptops recently—most of which were powered by an AMD processor. So the MSI GP66 Leopard with Intel’s 11th gen CPU has been a nice change of pace.

While i7-11800H is the most powerful processor you can find for this laptop, MSI also sells it with RTX 3080 and RTX 3060 GPU. Luckily, both RAM and storage are easily upgradeable here. It hosts two SO-DIMM slots that can take up to 64GB DDR4 RAM, alongside two M.2 NVMe slots—one PCIe Gen 3 and one Gen 4. As for wireless connectivity, there’s Killer ax Wi-Fi 6E and Bluetooth 5.2. 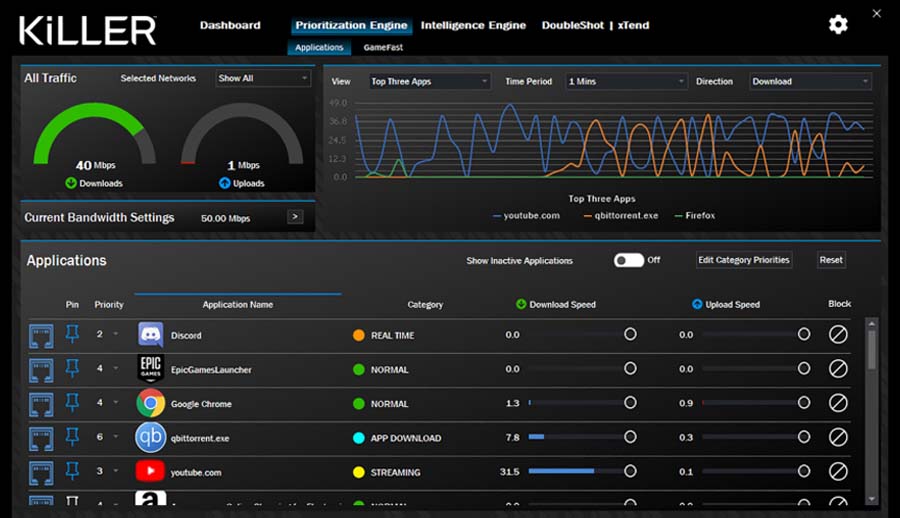 Before moving forward, I’d like to discuss the new “MSI Center”—which is a redesigned MSI Dragon Center that we’ve been familiar with over the years. From the looks of it, its UI/UX is inspired by the company’s own “MSI Center for Business & Productivity” app found in the Prestige and Summit lineup. And to be honest, I fail to understand this whole redesign shenanigan.

I mean, why would MSI want to strip away the gaming aesthetics of the app for a gaming laptop? Adding insult to injury is its ineffective and sometimes redundant layout as well. So I can only hope MSI pushes an update fixing all the issues at once.

Anyway, thanks to such powerful hardware underneath, it’s fair to say that the GP66 has simply sailed through my everyday chores. Even when using it under Silent profile that dials down CPU performance in favor of quiet fan profile, this beast has managed to keep up with all my office workloads.

This includes running a bunch of tabs on Chrome, attending a couple of Zoom meetings every now and then, typing up documents on LibreOffice, and light photo editing on Adobe Photoshop.

Intel processors have always been known for their superior single-core performance and the 11th gen H-series CPUs seem to have kept up this legacy. For this review of the MSI GP66 Leopard 11UG, I tried comparing its benchmark results with the closest AMD counterpart—the Ryzen 7 5800H. Here, we can see the i7-11800H posting better single-core numbers. 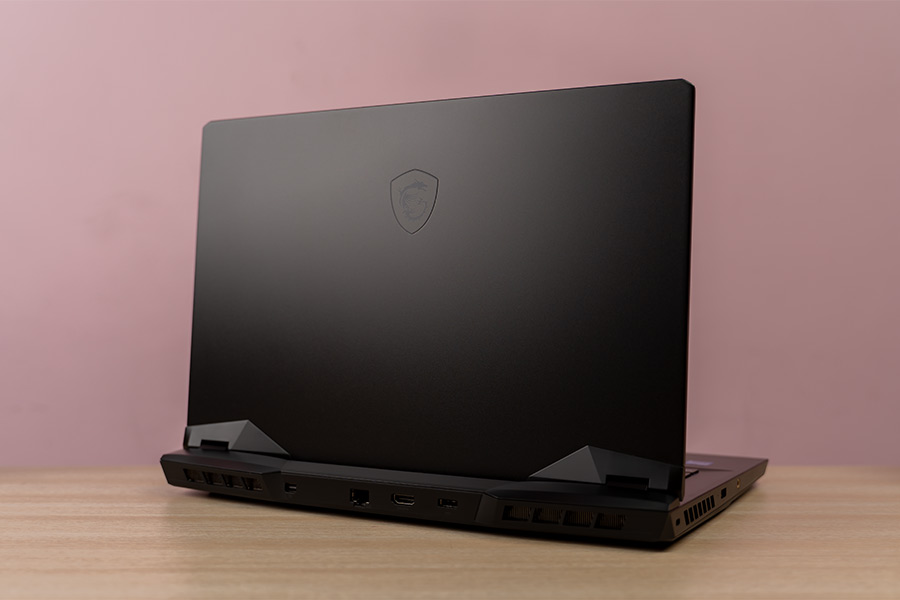 However, the AMD CPU boasts better multi-core performance in most instances including Cinebench R23 and synthetic benchmarks like Blender.

The MSI GP66 also keeps up its reputation when it comes to gaming—and it’s quite a capable 1080p gaming machine. Playing Cyberpunk 2077 at the highest settings with ray tracing set to Ultra, I graphed about 38-42 fps on average here.

Dialing ray tracing down to Medium gets you 46-51 fps instead. Likewise, Control is playable at its max graphics settings at around 60 fps on average while you can expect a stable 90 fps on GTA V.

Comparatively less taxing games like CS: GO fully utilize this 240Hz display since I got somewhere between 257 to 270 fps on average even at the highest settings. But it’s important to note that the frame rate would drop to as low as 203 sometimes. Similarly, Valorant manages roughly 180 fps on average at the highest graphics settings.

Apart from the stellar gaming performance, I’m thoroughly impressed with its cooling mechanism as well. Granted this laptop gets quite loud when tweaking its power drive to “Extreme Performance” and fan speed to “Cooler Boost”, that’s more than worth it considering the GP66’s comfortable gaming experience.

I mean, you’re likely to put on a pair of headsets when gaming anyway—that’ll ultimately drown out the fan noise. Throughout my experience, I noticed that the area above the keyboard deck gets the hottest while the keyboard itself doesn’t get that hot. To be fair, the middle portion is relatively warmer than the rest but I’d still label it under the “comfortable” category.

To achieve this, the GP66 Leopard has large air intake vents on the bottom. Complementing this are the exhausts are located on the sides and the back of the laptop. There are also 6 heatpipes in total drawing heat away from the CPU and GPU to make sure you have the most comfortable gaming experience.

On the battery front, the GP66 delivers a pretty average result. Fueled by a modest 65Wh battery, I managed to get about 4-4.5 hours of screen-on time during my regular office chores, when using this laptop under Silent performance profile with brightness set to about 50-60%. 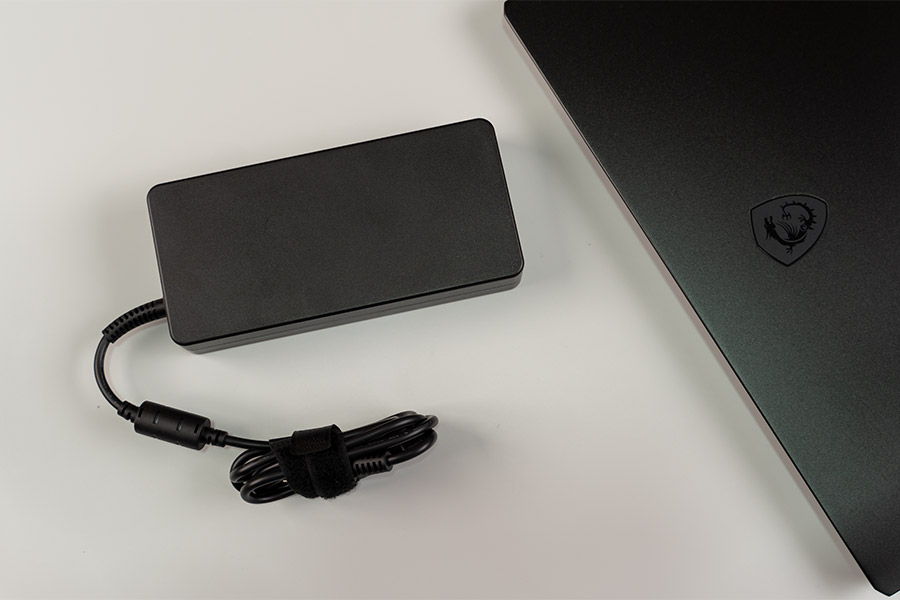 For running all the benchmarks and games, I had to set it to Extreme Performance mode which dramatically reduces the battery endurance. Besides, the GP66 Leopard fuels up via a massive 280W power adapter that takes about 2 hours to fill up the battery from 0 to 100%.

Summing up this review, the MSI GP66 Leopard 11UG pretty much nails all the primary aspects of an incredible 1080p gaming laptop. It quite literally has the most powerful mobile RTX 3070 GPU with 140W graphics power. Plus, the 11th gen Intel H-series CPU still slaps in terms of its gaming results.

Moreover, I’m quite amazed by the thermal solution on this thing as well since even prolonged gaming sessions aren’t thermally uncomfortable here. Having said that, there’s a definite bit of compromise on the tier-two features like audio, trackpad, and webcam quality on this laptop.