Home Apple M1 MacBook Air vs M1 MacBook Pro: Which one should you buy? 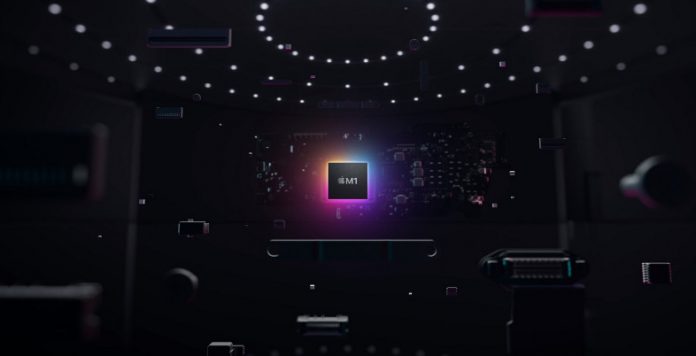 Apple’s M1 MacBooks will release in Nepal within the next month. However, should you buy the M1 MacBook Pro or M1 MacBook Air? It is a real conundrum, right? After all, both of them share most of the specs. Yet, there are some notable differences such as the inclusion of fans and the superior GPU cores. But other than that, most of the specifications are the same. So, which one should you buy once it becomes available? Well, that’s what we are here to discuss. Let’s see how the two devices fare against each other on various front.

Both have them have a similar sort of weight and dimension measurements. Traditionally, MacBook Air is supposed to be more portable than the Pro variant. However, here we can see that though the Air is a tad bit lighter than the Pro, the M1 MacBook Air is thicker at the thickest point. Still, if weight is what concerns you the most, then the MacBook Air gets the point in this category. But in practical usage, things aren’t going to be radically different between the two MacBooks’ weight.

Talking about the I/O ports, they both sport a headphone jack and 2 x USB 3.1 Gen 2 Type-C (which support Thunderbolt 3), so no difference there. However, battery-wise, the Pro now offers around 3 hours more endurance than the Air. That’s somewhat of a diversion from what we have seen traditionally.

But given the fact that despite sharing the same chipset, the Pro variant gets a bigger battery. So, that’s kind of expected. Furthermore, the Air comes with a 30W charger while the Pro gets a 61W charger. Thus, the MacBook Pro not only offers better battery backup, but it also comes with faster charging. This would be a thing to consider between the two relatively similar laptops. Both the devices have a Magic keyboard. However, the edges on the Air is slightly sloped. So, it might feel a bit comfortable to use M1 MacBook Air rather than the Pro which has flat edges. However, this should not be much of a concern to many. The main difference here is obviously the inclusion of the Touch Bar in the MacBook Pro. But, it is not an immediate advantage either, considering how many users don’t find it that useful, to begin with. Thus, it is up to the personal preference of the user, whether they want the Touch Bar or not.

From what I’ve seen till now, the MacBook Air has a considerably loud and clear sounding speaker than that of the MacBook Pro. Furthermore, personally, I would prefer a loudspeaker much more than the one which has slightly better bass. So, MacBook Air would be my go-to device in terms of the speaker.

Unlike the past MacBook Airs, the M1 variant has the P3-white color gamut support. Thus, photo editors can now go for the much cheaper MacBook Air too. So, there’s not much of a difference as far as the display quality is concerned. However, the MacBook Air has a slightly lower brightness compared to the Pro. But other than that, you won’t find any difference.

The base M1 MacBook Air model comes with a 7-core GPU, whereas the Pro has 8-cores. However, Geekbench scores have shown that their scores vary by only the slightest of margins. So, you shouldn’t really find much of a difference while using the devices.

Now, the MacBook Pro does come with a fan. However, it does not really switch on until the device is pushed to its absolute limit, and that is rarely gonna happen. Most results have shown that you only get slightly better performance on the MacBook Pro.


All things considered, the M1 MacBook Pro only offers slightly better performance than the M1 MacBook Air. Now, the latter comes cheaper than the Pro version. So, unless you are a fan of the touch bar, I wouldn’t really recommend spending the extra $300 (according to international price) on the M1 MacBook Pro. But hey, in the end, it’s all up to the buyer.