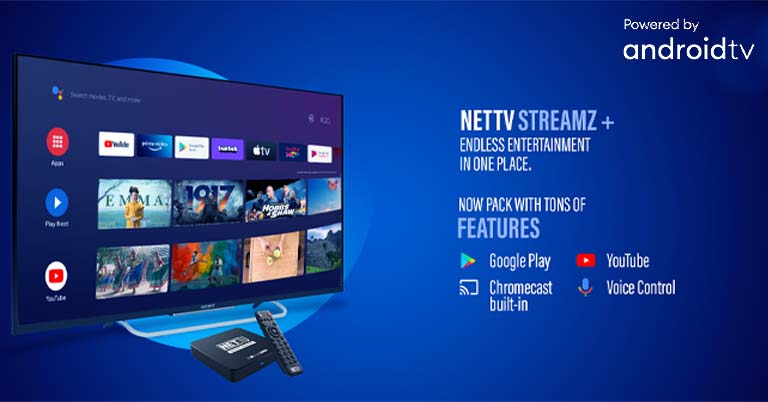 NetTV has recently launched its new Streamz+ set-top box in Nepal. It’s Nepal’s first Google-certified Android TV box. In this article, we will go through the specifications, features, availability, and price of NetTV Streamz+ in Nepal.

NetTV started as the first IPTV service in Nepal and has grown to become one of the most popular IPTV platforms. Managed by NITV Streamz Pvt. Ltd., it’s also the first to receive a license from the government for the operation of IPTV in the country.

As aforementioned, the NetTV Streamz+ is the first Google-certified Android TV from a Nepali company. The set-top box retains the squared shape design as its existing box—in fact, is a bit more compact and handy.

As it’s a Google-certified TV platform, it supports built-in Chromecast and Google Assistant. You can also download apps from the Google Play store. Likewise, it comes pre-installed with Android TV 10 paired with 2GB of DDR3 RAM and 8GB eMMC Flash storage. 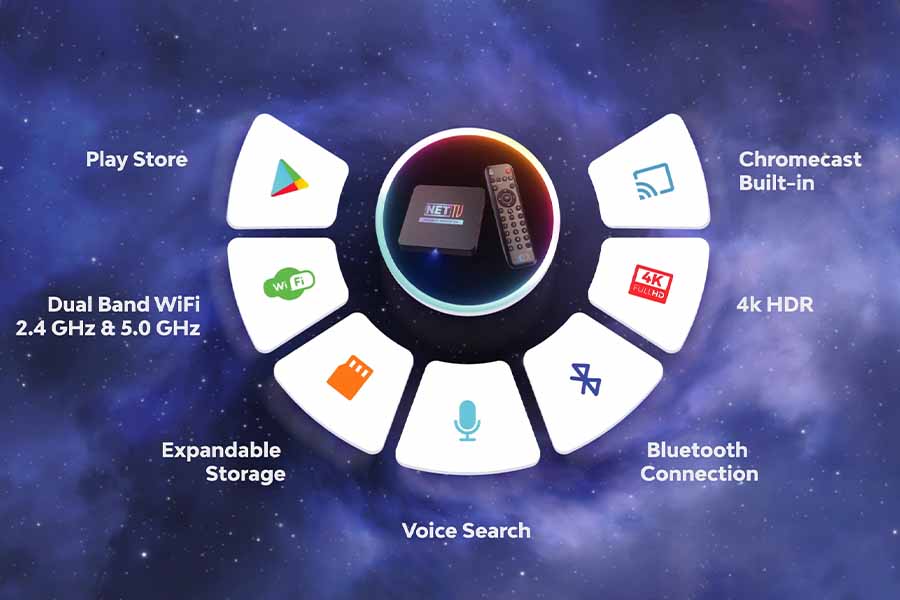 Moreover, the connectivity option on the NetTV Streamz+ includes a WiFi, Bluetooth, HDMI 2.1, two USB Type-A, a LAN, an AV input, and a power delivery. NetTV also claims that the Android TV box is suitable for flawless gaming. The brand has partnered with AirConsole—a cloud gaming platform—that will offer over 180 competitive and collaborative games.

While Streamz+ is available with the majority of OTT platforms, it still doesn’t have the support for Netflix. And, we are unknown when it will make its way here. Besides this, you can still enjoy your live TV and shows as with the existing IPTV setup.

As for the pricing, it costs Rs. 2,000 for the activation and Rs. 1500 for the deposit on a yearly package. However, if you’re an existing IPTV user, you can upgrade your setup by paying just Rs. 1,500. Besides this, the existing as well as non-existing users will have to pay an extra Rs. 3,600 for the NetTV Streamz+ basic package for a year.