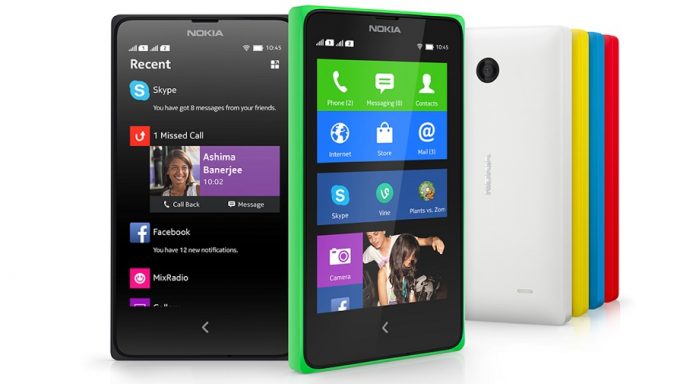 The rumor mills have been going on for quite a while about Nokia phones making a comeback. And it certainly looks like HMD global (or HMD), the company set to release the Nokia-branded phones, will release two new Android-powered devices by the end of 2016. And if some rumors are to be believed, the company might release three mobile phones. But first, let’s talk about HMD.

HMD is a new Finnish company that has struck a deal with Nokia to use the Nokia-brand on phones. So, the Nokia that is releasing, isn’t made by the old Nokia company we know. Currently, Microsoft has the sole rights of all types of Nokia phones. But that deal is going to end in the second half of 2016. After this transaction ends, HMD will be the sole global licensee for all Nokia-branded products for the next decade.

In a press release, HMD said, “the remainder of Microsoft’s feature phone business assets, including its Hanoi manufacturing facility, and global distribution, fulfilment and supply chain networks, will conditionally be acquired by FIH Mobile Limited (FIH), a subsidiary of Hon Hai Precision Industries (trading as Foxconn Technology Group). HMD has signed an agreement with FIH and Nokia Technologies to establish, on closing of the Microsoft transactions, a collaboration framework to support the building of a global business for Nokia-branded mobile phones and tablets. This agreement will give HMD full operational control over sales, marketing and distribution of its Nokia-branded devices, with exclusive access to the pre-eminent global sales and distribution network to be acquired by FIH from Microsoft, as well as access to FIH’s world-leading device manufacturing and engineering capabilities, and its growing suite of proprietary mobile technologies and components”.

HMD has also mentioned that the company’s board will consist one Nokia representative. And it will be investing $500 million dollars in the next three years.

The phones that will be released will be packing lots of features. If rumors are to be believed, HMD will release two new flagship phones. They will sport a 5.5-inch and 5.2-inch quadHD AMOLED display. These devices will be powered by Qualcomm Snapdragon 821/820 chipset with octa-core processors. Nokia phones’ camera have been nothing short of amazing in the past and the trend is set to continue with these devices. These phones will feature a 22.6 MP graphene camera. They will be running on Android 7.0 Nougat. The larger version will run on 3GB RAM while the smaller version will run on 2GB RAM. Please note that the specs might be different once the device is released.

One of the devices is rumored to be named Nokia C1 while the other device’s name isn’t known until now.

I am really excited about an Android-powered Nokia phone and think that it will be a hit. People all over the world have loved Nokia for a long time and it has a lot of history. But the journey will sure be extremely hard for HMD. The company needs to make a powerful device with a price that can fit people’s budget or it could fail miserably like Blackberry, or Nokia itself.