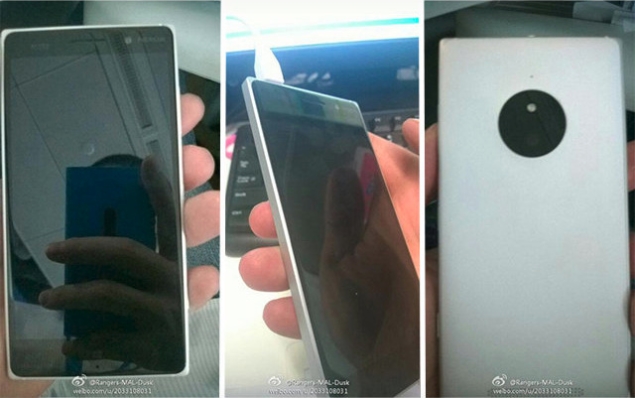 The Nokia Lumia 830 will most likely be unveiled at IFA on September 4 but we’ve already amassed a large number of leaks for the upcoming mid-ranger. Lets update you of what we know of the device till now. The device we’re talking about in the purported new device from Microsoft which has been leaked by numrous websites ahead of its launch at IFA 2014 which is being held this September from 5 to 10.

Leaks are normal and this leaks definitely looks genuine which has been the case in past few months.

The Lumia 830 seems to borrow the design of the Lumia 925 with a metal rim and polycarbonate on the back. The metal sides of the phone are squared off rather than rounded, which makes the 830 look thicker than the 8.5mm Lumia 925.

Rumored specs so far include a Snapdragon 400 chipset, LTE connectivity, 1GB RAM and 8GB storage (expandable). Despite the odd-looking camera module the innards are rumored to include a 20MP PureView camera, plus a 5MP front-facing camera. The screen should be 4.7″ big with 720p resolution though there seems to be a version of the Lumia 830 with a smaller 4.5″ screen too.

What do you think of the leaks? Let us know in the comments below!