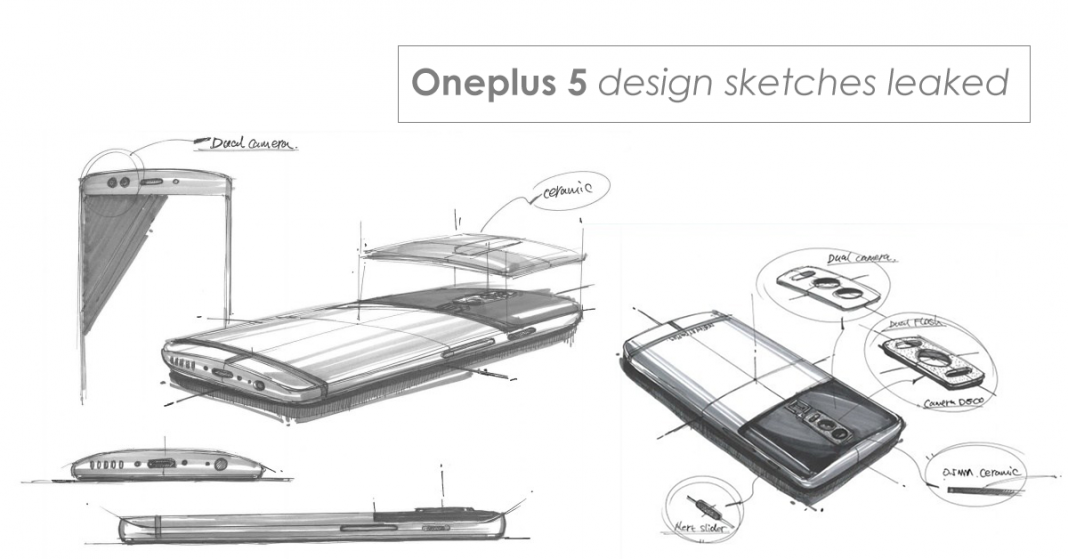 More than a week ago, we shared a design render image leak of OnePlus 5 that hinted at dual rear cameras. Now, the flagship killer of 2017 is again making appearances on the Internet with its design sketches. It is from those sketches we found out that the phone will have dual cameras both at the front and the back. So, let’s take some closer look at those sketches to find out what else we can disclose about one of the most awaited phones of 2017. Here are our findings on OnePlus5’s design based on the sketches above: *we have to rely on these rumored specs unless the OnePlus officially launches the phone. The phone is likely to be released around late June or early July.