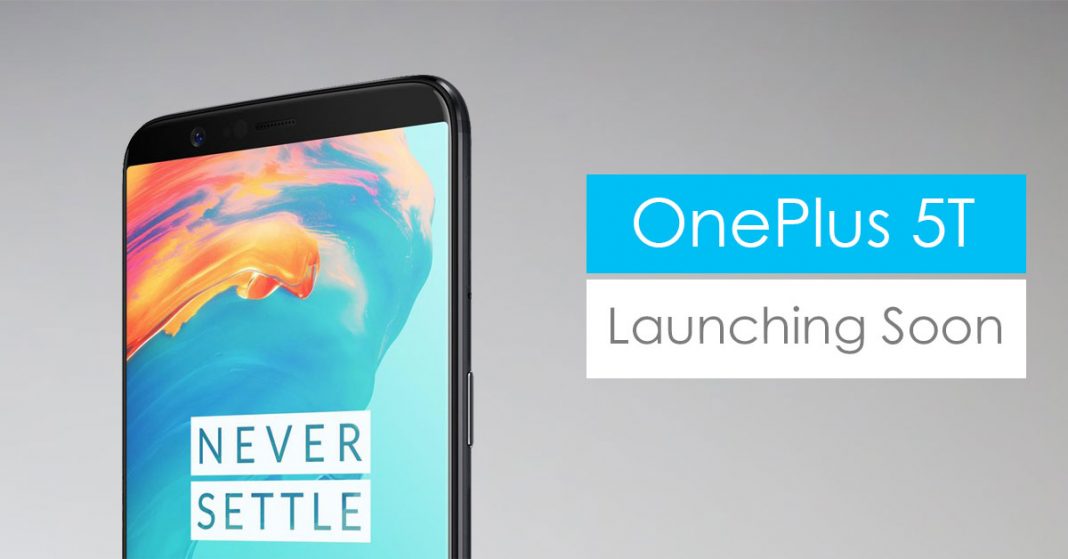 OnePlus 5T has been making a lot of headlines lately. OnePlus was dropping hints of the new device on Twitter. Later on, they made the ‘5T’ name official and also showed that it comes with a headphone jack, unlike others. OnePlus 5T is going to be a spec bump over the regular OnePlus 5. So let’s see what new things we might get to see in this device.

The biggest change on the OnePlus 5T would be the now trending 18:9 aspect ratio display. If we are talking about looks then it would resemble the recently launched Oppo R11s as the existing OnePlus 5 resembles the Oppo R11. Both Oppo and OnePlus share the same parent company, BBK electronics, so we can almost be sure about the design of the phone. With the new aspect ratio, the phone is going to keep minimal bezels on the chin, so the fingerprint scanner will probably shift towards the back. The display size would be 6inches with Full HD resolution. In terms of performance, it’ll sport the same Snapdragon 835 Chipset coupled with 8GB of RAM. It will be engraved with our beloved headphone jack. For optics, it’ll come with Dual 20MP camera on the back and 16MP camera up front. The phone will be running on the latest version of Android Oreo out of the box. We can also see a substantial increase in the battery size as well. Pete Lau, the CEO of OnePlus, has revealed that the phone will be priced at $539. The new OnePlus 5T will be unveiled on November 16 at an event in Brooklyn. The phone will be available starting November 21.