Chinese handset maker Oppo has launched Oppo F3 Plus globally including Nepal. Telecell Pvt. Ltd, the importer of Oppo mobiles in Nepal, has priced the OPPO F3 Plus for Rs. 54,990. You may head to OPPO’s retail outlets to avail the smartphones.

If there’s anything that the youth loves more than social media, it’s clicking selfies. The selfie obsession has reached a fever pitch, so much so, that each time you walk into a public spot, you’ll find yourself surrounded by hundreds of pout face and smirks. So, now companies like Oppo has also brought their dual Selfie camera. Wait, Lots more, let’s start the early impression review of this phone. 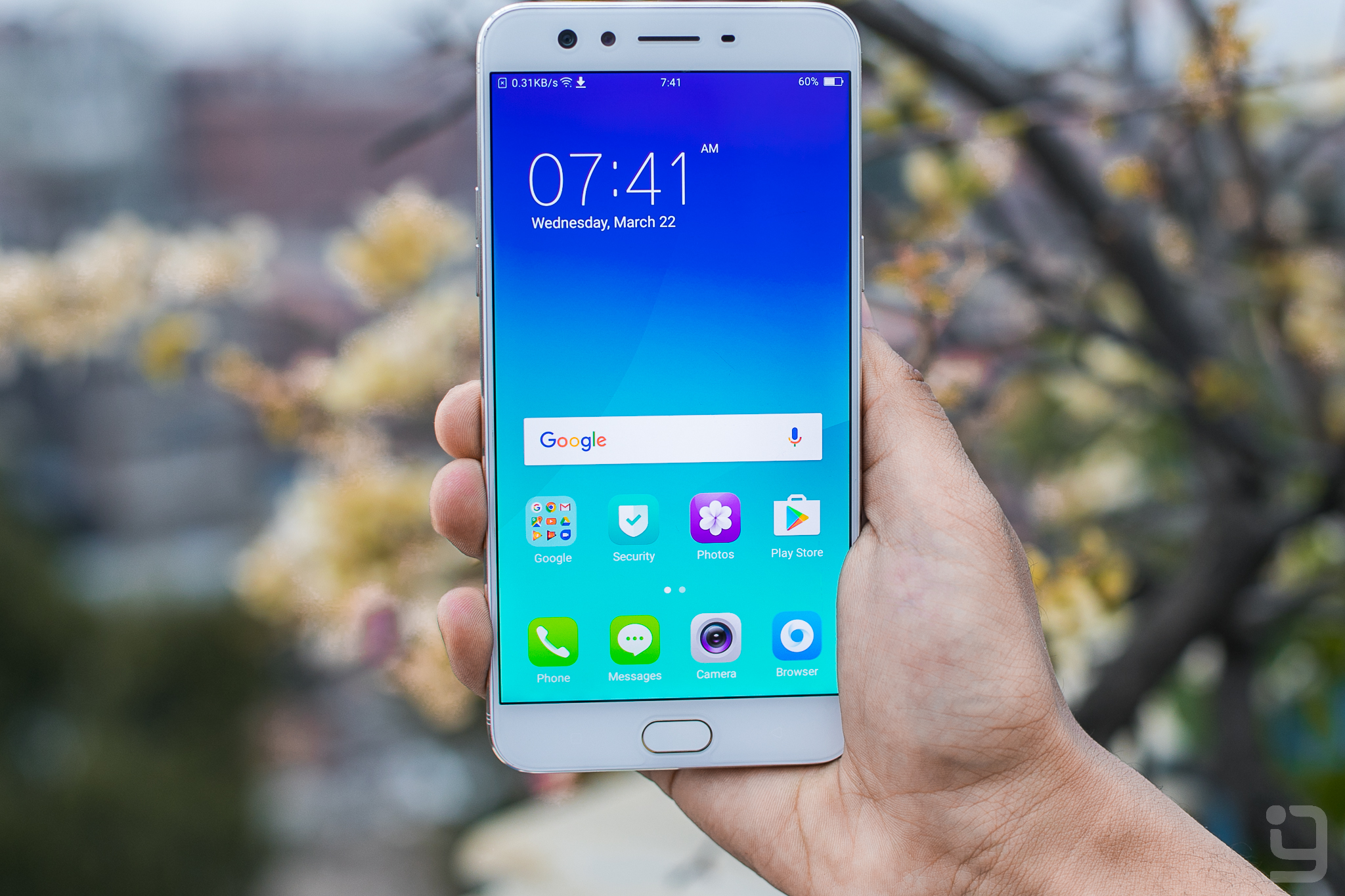 The Oppo F3 Plus is a pretty big phone and that is kind of obvious with the tag “Plus” on its name. The design is nothing innovative. On the right, it has the power button and the volume rockers are placed on the left. These buttons are pretty tactile and give a nice feedback. On the button are the loudspeaker, microUSB charging port, mic and the 3.5mm headphone jack. Below the display, are the capacitive buttons and in between them is placed the home button that doubles as a fingerprint sensor. The sensor is pretty fast and accurate. It can be easily said that it is a well-built metal phone with chamfered edges that feels good on the hands as soon as it lands on your palm.

Below the display screen, are the capacitive buttons and in between them is placed the home button that doubles as a fingerprint sensor. The sensor is pretty fast and accurate. It can be easily said that it is a well-built metal phone with chamfered edges that feels good on the hands as soon as it lands on your palm. 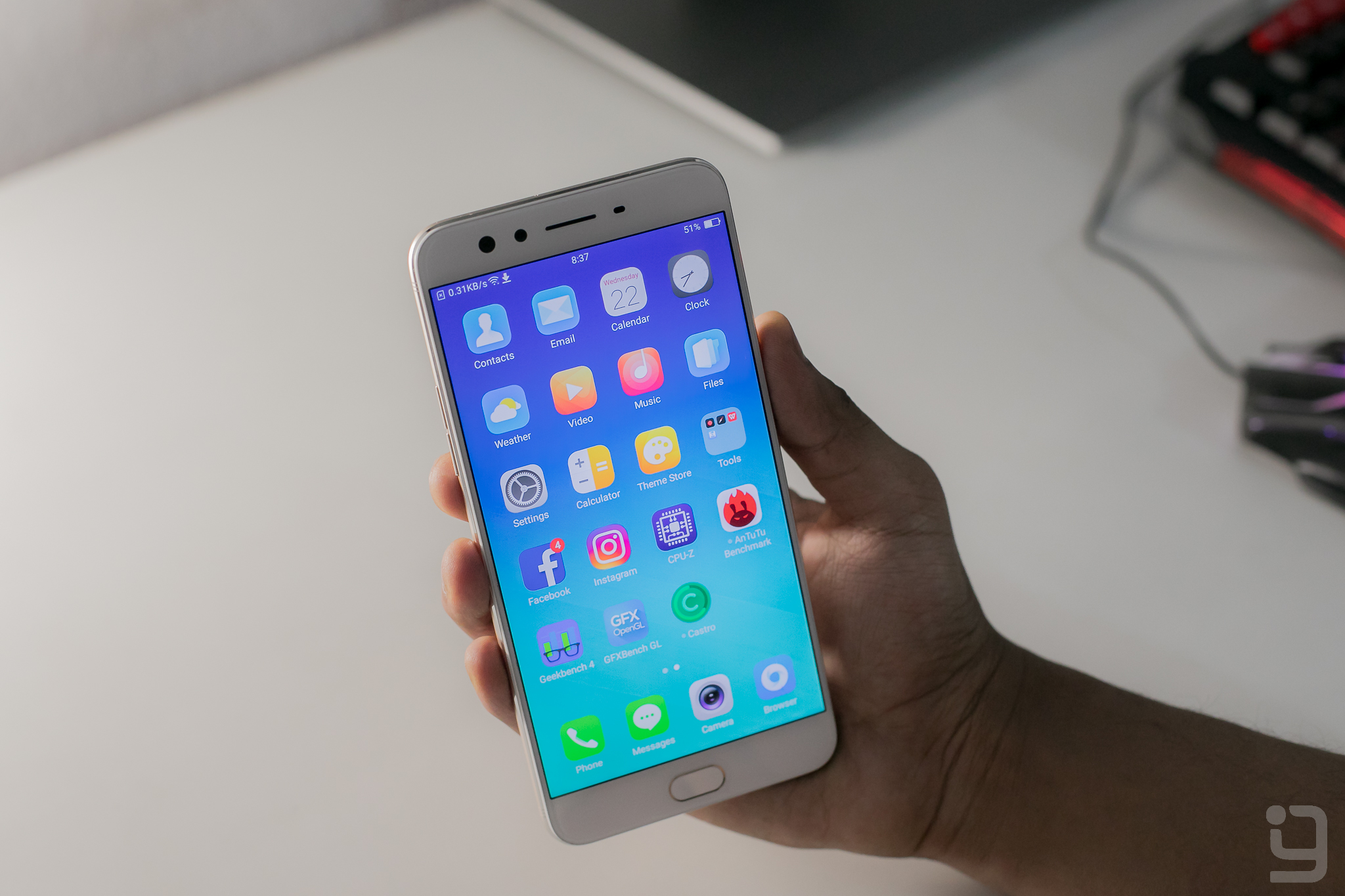 The Oppo F3 Plus sports a 6 inch full HD display that has a good color reproduction. Addition to that the white balance is spot on. That may be the reason the manufacturer hasn’t given much of display tweaking options other than the brightness setting and an option to filter the blue color. During our first impression, it was observed the display changing the viewing angles to the extreme and still, the color shifting was not so noticeable. Addition to that, the side bezels are pretty thin as well. 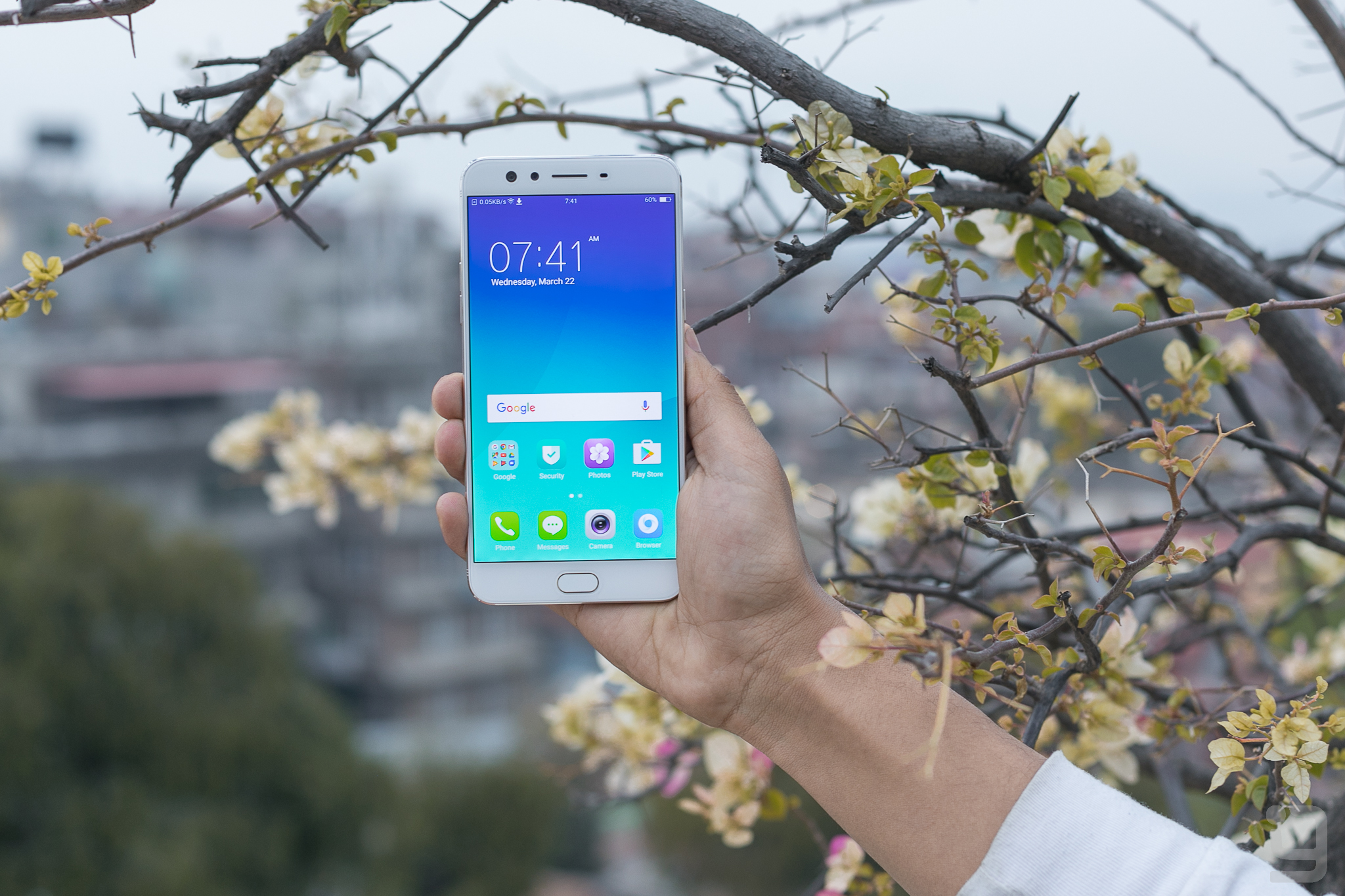 Under the hood, this device is powered by Qualcomm Snapdragon 653 which is the “Pro” version of the Snapdragon 652. The Snapdragon 652 has been claimed to be 10% more powerful than its predecessors. This OctaCore processor is backed by Adreno 510 GPU and is coupled with 4GB of RAM. From the start of my use of the phone, the device is snappy fast and the performance was never an issue during the time of the review. 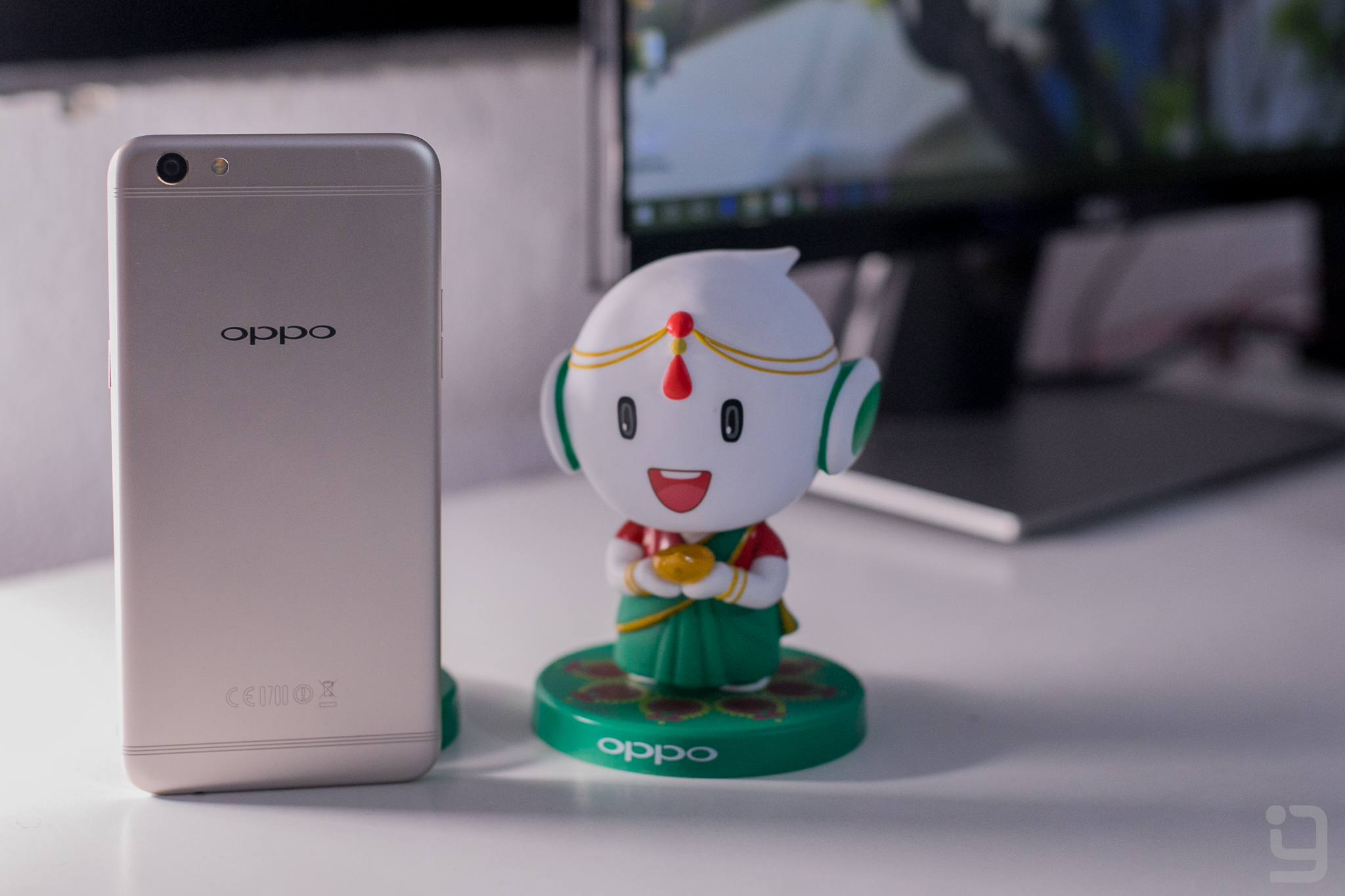 On the storage size, the phone comes with 64GB of Onboard storage. If it sounds not sufficient enough, you may expand it using a microSD card of up to 256GB in its hybrid SIM tray.

The Oppo F3 Plus is the latest addition to the Oppo’s F line up of Selfie Experts so the real hype is all about its dual cameras on the front. This dual camera setup for the selfies is 16 Megapixel and 8 Megapixel. The 16 Megapixel unit has an f1.7 aperture that aids in taking better selfies even in low-light. And, the 8megapixel unit is a wide-angle one that will come handy when you want to pack all your friends into one selfie. On the back, it has a single 16 Megapixel shooter with an f1.7 aperture that is accompanied by dual-tone LED flash. This primary camera unit performs comparatively well in low-light photography as well. The regular photos come out to be impressive as well. But the video capability tops out at 1080p, so no 4K recording from this camera phone.

SOFTWARE AND OTHER FEATURES

This device boots on Android 6.0.1 Marshmallow with Color OS 3.0 layered on top of it. The interface is exactly like that of any other Oppo phones. So, it’ll take time lesser time for IOS users than stock android users to get used to this interface. Other than that, the inclusion of tricks like swiping from the left or right bottom edge to the center of the phone for one hand usability seemed pretty handy.

The phone supports Oppo’s VOOC fast charging technology and the 4 Amp charger comes with the phone itself. This dual SIM phone has all the essential sensors and does support OTG. But to know how good the battery is, we’ve to spend more time on the phone.  That will be certainly covered in our next full review of the phone.

So how do we feel about Oppo F3 Plus?

To conclude, the Oppo F3 plus looks promising with a good display, great cameras, and powerful configuration. Keeping high hopes on this device, we are eager to find out if it lives up to that expectation. For few weeks it will be used as a daily driver and will come up with a full review.

Oppo F3 Plus Review: More Than Just a Selfie Expert