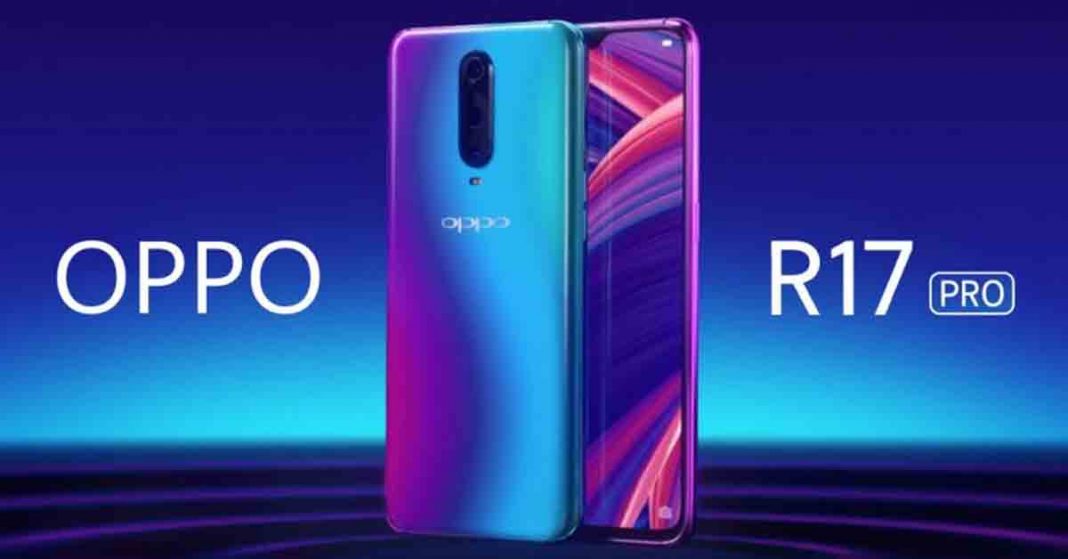 Oppo’s R series is the company’s lineup of flagship-grade smartphones and we don’t get to see that many R-series phones in Nepal. Oppo R17 Pro was the first flagship Oppo device in Nepal and it is still among the limited R-series devices to launch in Nepal. When it was first launched it was an overly priced device, to say the least, however, it has since received a price drop. Does the latest price of Oppo R17 Pro in Nepal justify the hardware it packs?

We have to give it to OPPO, however, for including interesting breakthrough technologies in the OPPO R-series. And the OPPO R17 is no exception. The phone packs a large 6.4″ AMOLED screen with Full HD+ resolution on a glass body. There’s Gorilla Glass 6 on the screen for protection as well. It has about 402 PPI pixel density and has a water-drop notch up top for more screen real estate. However, that means no notification LED lights though. From the front, it can be very easily confused with the OnePlus 6T.

The back is also not very different, except that the phone has two-tone gradient coloring and triple camera setup. No fingerprint sensor at the back, which means it’s embedded in the screen itself.

Among the triple camera setup, the primary one is a 12 MP lens with variable apertures (f/1.5 – f/2.4). We’ve seen it in the likes of Samsung Galaxy S9+ and the Galaxy Note 9. The secondary sensor is a whopping 20 MP depth sensor with f/2.6 aperture and auto-focus. If you ask me, that’s just too much of a gimmick. A 5 MP depth sensor would work just fine. Anyways, the third one is not a camera per se, but a 3D stereo TOF (time-of-flight) camera for Augmented Reality applications. OPPO has not provided anything of that sort, for now, so, it’s pretty much useless. Maybe, they’ll come up with something in the near future. Another gimmick? It looks like one to me.

As for the selfie camera, the water-drop notch at the front houses the 25 MP lens with f/2.0 aperture. The device does support 4K video recording at 30 fps. And as for camera quality, there is no doubt OPPO won’t be letting us down.

Powering the phone is an octa-core Snapdragon 710 chipset, along with 8 GB of RAM. This is something that is a turndown, as for its price, we should be getting a flagship processor. There’s also a 6 GB RAM variant but will not be making its way here. We only get the 8 GB / 128 GB option. There’s also an SD card slot in there, but that one is a hybrid, so, if you want to use two SIMs, no SD card for you. But of course, it’ll take you quite a lot of content and effort to fill up that 128 GB.

As for the battery, the R17 Pro has a good-sized 3700 mAh battery and that should be pretty adequate. The Snapdragon 710 is a power-efficient chipset, so, we can expect slightly above a day’s usage on a single charge. Also, this phone has Super VOOC charging. Meaning, the 50 W charger pumps up your phone from 0 to 40% in only 10 minutes! Very interesting.

At its launch, the Reno R17 was priced at Rs 89,990 and it was too much for a phone of these specs even so, when OnePlus 6T and Galaxy Note 8 were going for less. However, it’s been more than a year since the launch and Oppo have slashed the price.

Right now, the price of Oppo Reno R17 in Nepal is Rs 59,990 for the 8/128GB variant. Even so, we doubt if you want to spend that much on a year old phone without a flagship-grade processor.

So, there you have it. The OPPO R17 Pro is out and about in Nepal. It was a much-awaited phone here, but this is disappointing. Let us know what you think of the pricing.