Home Otto Otto Frank 7 Launched in Nepal for a budget price of Rs.... If you think we have misspelled OPPO as OTTO then you need to reconsider the smartphone brands that are available in Nepal. Although it’s been a year since the phone has debuted in Nepal, very less of us have known about the brand OTTO. However, the company is aggressively launching budget-oriented smartphones. And they have just launched a smartphone under its Frank series, the Otto Frank 7. It is an entry-level smartphone but has a lot to offer for the price of Rs.8596.

Otto Frank 7 sports a metal body which most of us will find appealing at this price range. The phone comes with a 5-inch 720p display. It does sport 2.5D glass for a seamless look. The use of protection hasn’t been mentioned. It comes with a fingerprint sensor on the back which is good to see at this price range. There are only handful of smartphones below 10K that sports fingerprint sensor. 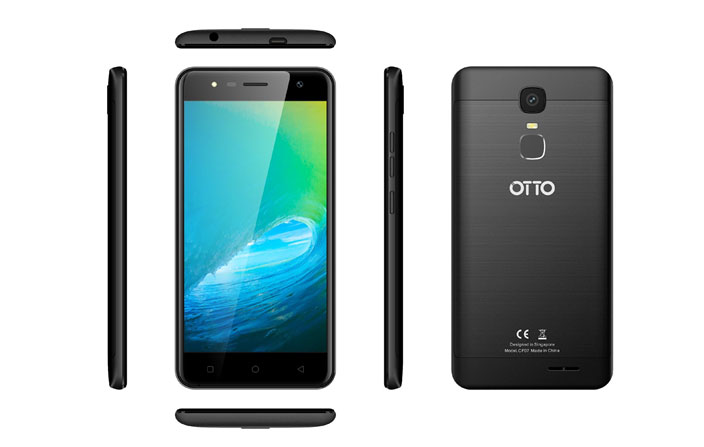 It is running on a relatively old Android 7.0 Nougat. This phone definitely won’t be getting any updates. Powering the device is MediaTek’s MT6580A Quad-core processor. It comes with 1GB of RAM. For storage, you get 8GB of ROM which can be expanded up to 64GB using a dedicated microSD card slot.

The phone carries a 5MP sensor on the back and 2MP on the front. Both the back and front is accompanied by a LED flash. The Otto Frank 7 is backed by a 2,000mAh battery. The phone does have a removable back but it’s not mentioned if the battery is swappable or not.