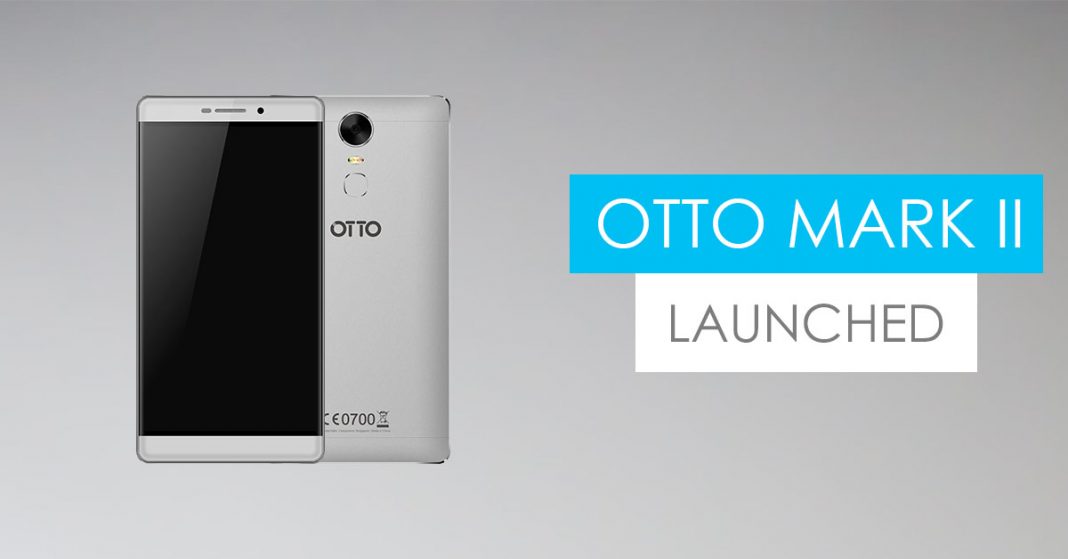 The Otto Mark was launched last February. And finally after 7 of months, Jaima InterContinental Pvt. Ltd (JIPL) has launched its successor – the Otto Mark II here. The device carries a price tag of Rs. 15,996.

The Otto Mark II features a metallic design with a curved 2.5D glass on the front. With a 6″ IPS HD display, the phone runs on a MediaTek MT6735 quad-core processor. The Mark II is also equipped with 3GB of RAM and 32GB of storage.

Camera wise, it houses a 13MP rear-facing sensor whereas the front-facing camera measures 5MP. There is also a 3845mAh inside to keep everything running.

The Otto Mark II runs on Android 6.0 marshmallow, which is a bit disappointing. The smartphone is capable of 4G-LTE, has a gyroscope sensor, and OTG support. The fingerprint sensor is placed at the rear-end of the phone. It is is available in either grey or gold color option. The newer Otto Mark 2 introduces a few improvements over its predecessor. Disappointingly the processor isn’t one of them, with the newer one also coming with the same SoC. The size of RAM and ROM remains the same as well, and the same goes for the display. The back camera is still 13MP but the front camera seems to have decreased in pixels with the newer version housing 5MP as compared to the older with 8MP. The battery also remains exactly at the same capacity.

The similarities don’t end there, even the Android version stays at 6.0 marshmallow. So why buy the newer Otto mark 2? Well, it’s cheaper, with a starting price of Rs 5,000 less than its predecessor.