Panasonic has officially announced Panasonic LUMIX S5II and S5IIX at CES 2023. Successor to the original Lumix S5, the new mirrorless cameras feature Hybrid Phase Detection Autofocus, a first for Panasonic cameras. Let’s get into more detail about the Panasonic Lumix S5II and S5IIX and their expected price in Nepal.

Both the Lumix S5II and S5IIX are advanced mirrorless cameras with a 24.2MP 35mm full-frame CMOS sensor and L2 imaging technology. The Hybrid autofocus system, mentioned earlier, combines Phase Detection Auto-Focus, and contrast detection, with a total of 779 AF points. This allows for tracking human and animal movement very well. 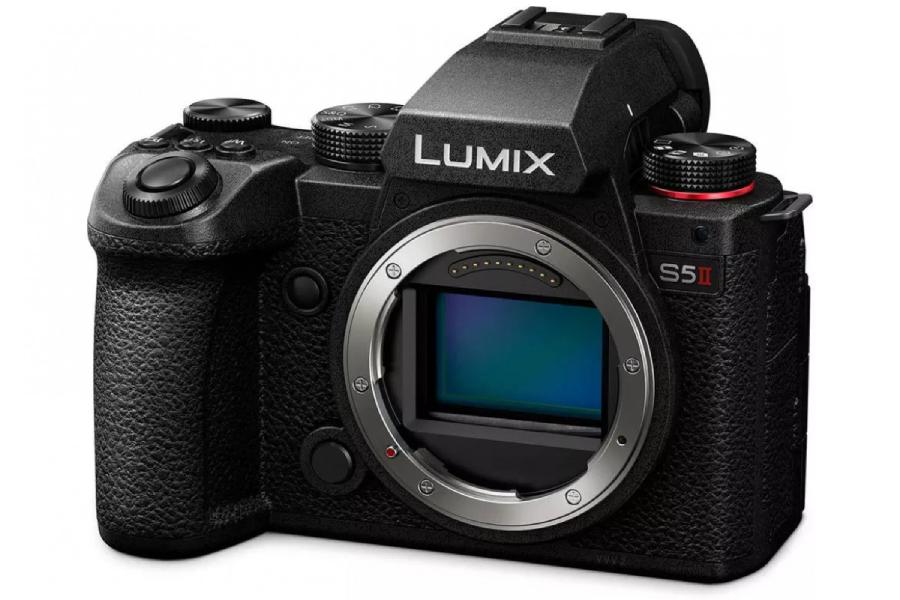 Moreover, with twice the performance of the original LUMIX S5, both cameras can record up to 6K videos at 30 frames per second. They also have burst shooting support at 30fps which is great for capturing fast-moving objects.

Additionally, you can record in 4K at 120fps and 1080 at 180fps for smooth slow-motion footage. Panasonic has used a new heat dispersion method with a built-in fan and heat sink that allows for continuous 4K recording without overheating.

Moreover, the company claims that the camera has more than 14 stops of dynamic range in V-Log/V-Gamut. And they support real-time LUT applications for in-camera calibration by uploading your LUT to the camera directly.

The S5II and S5IIX also have improved dual-native ISO for better low-light performance. Furthermore, both cameras can record 10-bit 4:2:2 video in UHD or 4K resolution. This year, Panasonic has also improved the stabilization system, which now includes 5-axis Body IS and 2-axis lens-based OIS, which works for both photos and videos. There is also an Active IS mode for video, which optimizes the horizontal, vertical, and rotational correction ratios by detecting camera shake.

While the Lumix S5II and S5IIX are identical until now, they differ in a few areas. That is, the S5IIX can output RAW video right out of the box. This feature, however, is available as an optional upgrade with the S5II.

S5IIX, on the other hand, also supports USB-SSD recording as well as ALL-Intra and ProRes recording. There’s also wired and wireless streaming for live streaming, as well as USB tethering.