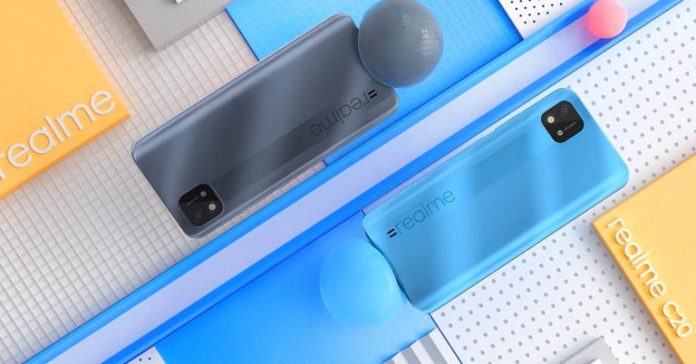 The C-lineup in the Realme portfolio is reserved for budget smartphones. Last year, the company introduced quite a few smartphones under this series, while the Realme C20 has finally made its way to the Nepali market. In this post, we will take a look at the specs, features, official price, and availability of Realme C20 in Nepal. 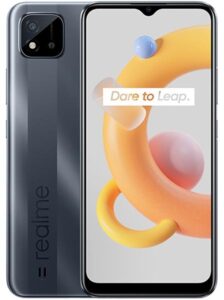 From the design perspective, the device looks a lot like Realme C12. It has a polycarbonate body. There is a square camera module on the back, while a vertical strip runs along the length of the device from the module.

On the front, there is a 6.5-inch IPS LCD display. Realme has used Gorilla Glass 3 for better durability. Being a budget phone, this display has an HD+ resolution of 720 x 1600 pixels with a 20:9 aspect ratio. The device has a waterdrop notch to house the front-facing camera.

Realme C20 is powered by MediaTek Helio G35 SoC. It’s an octa-core chipset with a clock speed of up to 2.3GHz. The device comes with 2GB of RAM and 32GB of internal storage.

The latter can be expanded further using an external microSD card. Given the compromised memory, Realme should’ve gone with Go Edition of Android but unfortunately, the phone runs on full-fledged Android 10. In terms of cameras, Realme C20 comes with a single rear camera setup consisting of an 8MP sensor. There are no additional cameras at the back although the camera module might imply so. On the front, there is a 5MP selfie shooter.

The phone features a massive 5000mAh battery. Realme has included a micro-USB charging port and there is no mention of the charging speed either. C20 also supports reverse charging and thus, can be used to charge other phones. In terms of connectivity, the device has a dual-SIM slot (Nano), dual-band Wi-Fi, Bluetooth 5.1

The official price of Realme C20 in Nepal is NPR 12,849 for the 2/32GB variant. You can pre-order Realme C20 right now from Daraz whereas it will begin shipping from September 1.