Realme Watch S is the latest addition to the company’s ecosystem of AIoT products that debuted in Pakistan about a month ago. It is the company’s second smartwatch after the original Realme Watch, which is now available in Nepal. Let’s learn more about the new Realme Watch S including its specs, features, official price, and availability in Nepal.

The first-gen Realme Watch looked like an Apple Watch because of its square display. But, the new Realme Watch S looks nothing like it as it features a circular display instead. It is a 1.3-inch display with a resolution of 360 x 360 pixels. This equates to a pixel density of around 278PPI. Unfortunately, the company is still sticking with an LCD panel instead of AMOLED. But then again, very few smartwatches in this price range offer an AMOLED panel. 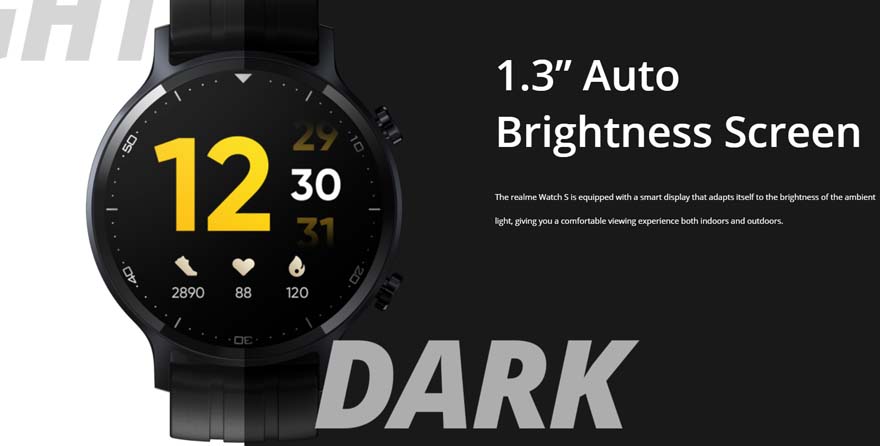 The watch now has a photosensitive sensor that automatically adjusts the brightness level. Also, it is protected by Corning Gorilla Glass, although the exact version hasn’t been specified. But our guess is Gorilla Glass 3 since that’s the most common standard in budget smartwatches. Moreover, the display is housed inside an Aluminium alloy case. There are two physical buttons on the right side of the case. The strap is made up of liquid silicone and it is available in four different colors – Orange, Blue, Green, and Black.

Inside the Watch S, Realme has included a 3-axis accelerometer, an optical heart rate sensor, and a wearing monitoring sensor. There is also the photosensitive sensor that I mentioned earlier.

In terms of connectivity, Realme Watch S supports Bluetooth 5.0. One can connect it to any smartphones running Android 5.0 or later using the Realme Link app. Like the Realme Watch, it is not compatible with Apple’s iOS devices.

Moreover, the watch supports real-time heart monitoring too. It can alert users about resting and exercise heart rate. Similarly, it can also calculate your Blood Oxygen (SpO2) level. Watch S supports a total of 16 Sports modes including football, outdoor/indoor cycle, and strength training. Still, there is no swim tracking. Other health features include sleep tracking, meditation, steps counter, idle alert, and activity tracker.

Realme Watch S can remind you of incoming calls, messages, and alarms. Similarly, users can control the music playback in their connected device using the watch. There is also a remote shutter feature to take pictures. Other features include Find My Phone, Weather Forecast, Shake Adjustment, and No Disturb Mode.

The 390mAh battery in the Realme Watch S is rated to last 15 days of normal usage. Users can charge the device using the magnetic charging base of the watch. The watch is IP68 rated against damage against dust and water. 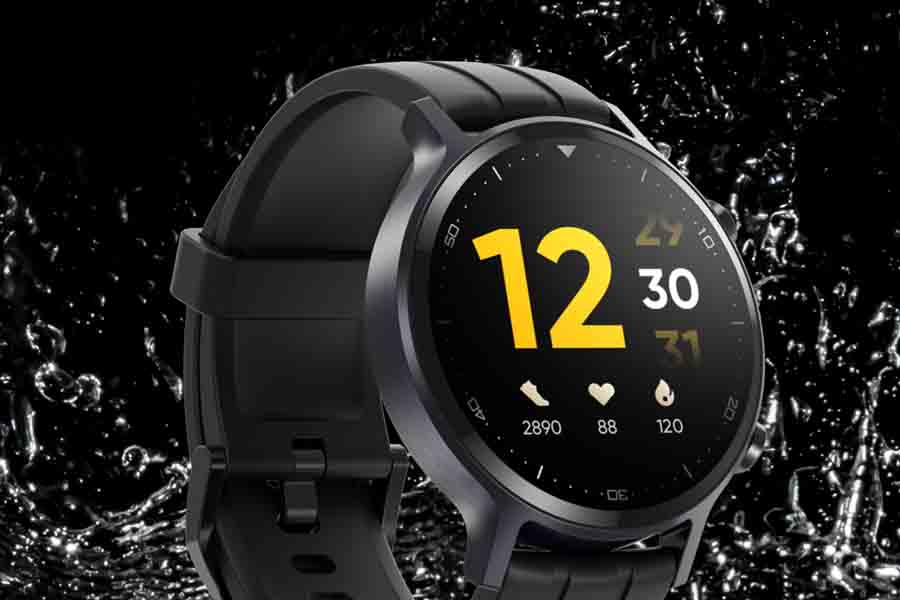 Realme Watch S is now available in Nepal for the price of NPR 9,999. At this price range, it goes head-to-head against the Mobvoi TicWatch GTX. Currently, you can buy Realme Watch S in Nepal from different Realme authorized retail stores throughout the country.