Besides 5G, foldable phones are the next big thing in the smartphone industry right now. With Samsung and Huawei already competing for the top spot, other companies like TCL are also trying to establish a name for themselves. But alas, there’s someone else, a different entity that birthed the whole thing – Royole. The company’s first-gen foldable phone dubbed the “Royole FlexPai“, was the first mass-produced device of its kind. And it was not just a proof-of-concept either. Now, Royole has unveiled its successor. The Royole FlexPai 2 brings so many upgrades to its predecessor, be it structural or in terms of pure computing power.

First and foremost, the company has been clever in overhauling the hinge mechanism. The uncomfortable folding mechanism on the original FlexPai was a major complaint, and it looks like Royole has worked effortlessly on that. The new “3S Hinge” is now gapless, thus making it much more pocketable. According to the company, this hinge is manufactured using 0.01mm precise processing and with materials like liquid metal/durable aluminum titanium for core parts. The hinge can also be adjusted at any angle like you would a laptop. Moreover, this hinge also has an anti-shock structure that protects the display.

And talking about the display, it is the new 3rd generation Cicada Wing flexible panel. It has a smaller crease, bend radius, and 50% increased brightness plus better colors & viewing angle. The display is a 7.8-inch AMOLED panel with a 4:3 aspect ratio. But in the more cinematic 21:9 aspect ratio, the display has an effective screen size of 6.78-inches. Royole was particularly proud of this achievement since that makes the FlexPai 2 the flexible device with max viewing area among any foldable phones.

After all, the one thing making foldable phones interesting is the enlarged screen real-estate in a small form-factor.

Durability has always been a concern when it comes to foldable devices. Here, Royole says that the 3rd-gen Cicada Wing fully flexible display has undergone about 200,000+ bend test without any trouble.

When it comes to performance, the Royole FlexPai 2 comes with the latest Snapdragon 865 chipset. It also supports 9 different global 5G network bands (n41/77/78/79/1/3/5/28/38) across China, North America, Europe, South-East Asia, and other regions of the world. Other performance-oriented features on the device include LPDDR5 RAM and UFS 3.0 storage. However, the exact number of those hasn’t been revealed.

In its unfolded state, we can also see the quad-camera setup on the left-hand side. Like the ones above, the cameras’ exact spec hasn’t been publicized either. The Royole FlexPai 2 also comes with true stereo dual speakers on the side and runs on the Water OS 2.0. That is the company’s custom skin on top of Android for better performance on flexible displays. 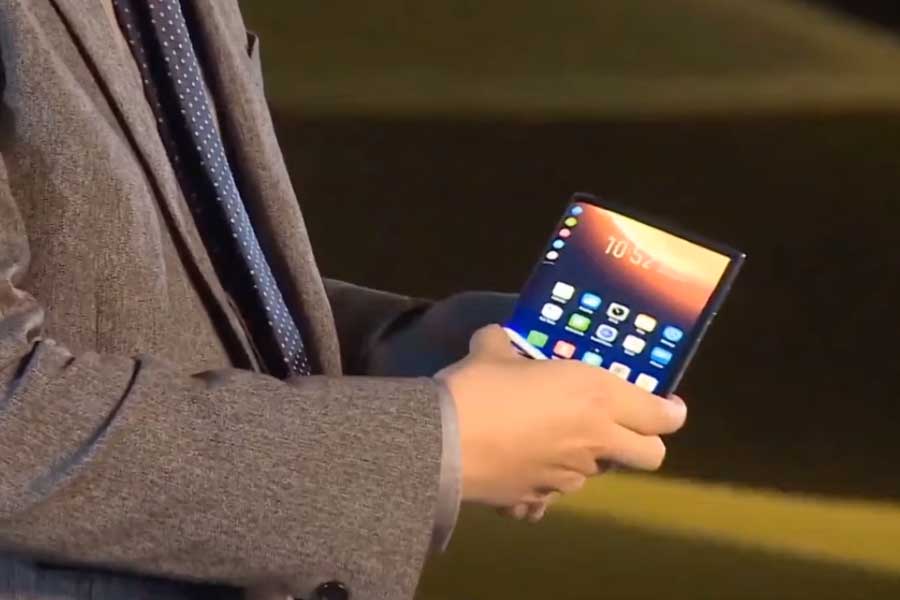 During the event held in Shenzhen, China, Royole also signed an agreement with telecommunication giant ZTE. With this, we’ll be seeing Royole’s third-gen Cicada Wing fully flexible display in upcoming terminal products from ZTE as well.

As of now, we saw how the company hasn’t made so many details regarding the FlexPai 2 public. Therefore, there’s no official word regarding the phone’s pricing or availability yet. Yet, there are rumors that the Royole FlexPai 2 will be launching sometime in the second quarter of 2020.