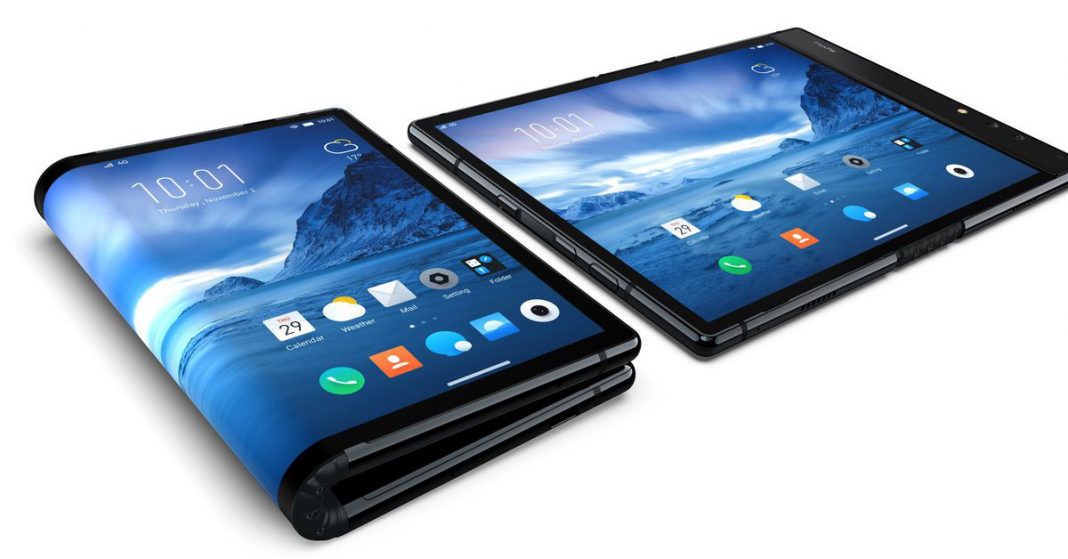 A foldable phone was just a concept. And the big players in the tech industry like Samsung and LG had promised to bring such futuristic phone. But before these tech titans debuted the product, a startup company shocked the world with World’s first foldable smartphone.

The California-based startup company namely known as Royole has been the first in the race of bringing the world’s first foldable smartphone. The smartphone is christened as “FlexPai”, which was unveiled at a conference in Beijing. The phone is actually a phablet with 7.8-inch size when unfolded, just as big as an iPad Mini. This giant screen comes in 4:3 aspect ratio with the resolution of 1920 x 1440 pixels. But when folded, the device can turn into a manageable 4-inch size.

The display on the handset is an AMOLED panel, which folds down in the middle. The phone is said to come with Dubbed Water OS, which switches the contents to only half of the screen when folded. The other half of the screen displays a wallpaper. When unfolded, the FlexPai measure 7.6mm in terms of thickness. The phone does not fold perfectly flat so the thickness will be more than 15.2mm when folded. Although the device may look cool, it may not still fit into many people’s pockets. Nonetheless, the hinge on this device is rated to being unfolded 200,000 times. So we can consider it durable in that respect.

On the performance front, the FlexPai comes with 7nm Snapdragon 8150 chipset packing either 6GB or 8GB of RAM. Snapdragon 8150 is a unique chipset, whose details have not been mentioned on the website. But the rumors cues that it is a new flagship chipset from Qualcomm (probably for the foldable phones). So if that’s true then we can expect a top-tier performance from the device. In terms of storage, the company has provided three options: 128GB, 256GB, and 512GB.

On the camera front, FlexPai enjoys a dual camera setup. The camera pair on the device embraces a 20MP telephoto lens and a 16MP wide-angle lens. Although the capacity of the battery has not been revealed yet, the phone is said to come up with proprietary Ro-Charge fast charging technology, which squeezes the power to the battery from 0% to 80% just in an hour.