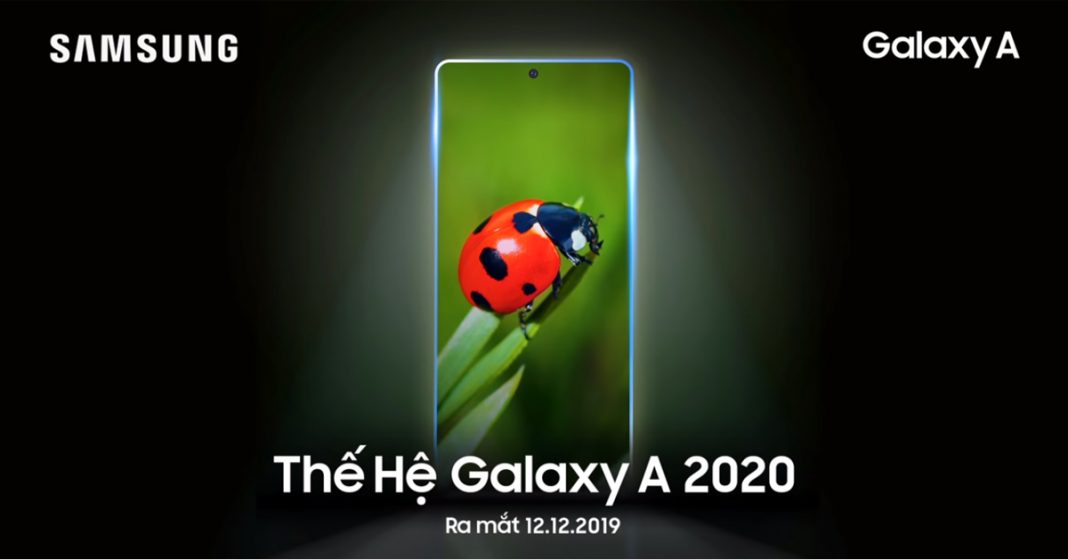 With all the success Samsung has had in the past year through its budget and mid-range smartphones, it finally has something worthy enough to show for the value-oriented users. And nothing is stopping the Samsung train now as the company is all set to launch the newest Galaxy A (2020) series next week on December 12.

Confirming this news was Samsung Vietnam, which posted a video on YouTube showcasing the evolution of budget Samsung phones from its days of ‘J’ series to now. Especially emphasizing on the camera quality and performance, phones under the Galaxy A (2020) series are all set to feature a revamped camera design.

The most notable change looks to be the tiny punch-hole cutout in the center of the display for the selfie camera which we’ve seen in Samsung’s premium flagship phone – the Galaxy Note 10/Note 10+. Similarly, the Galaxy M30s-like bulky camera arrangement on the back seems to be taking off, as the leaked images suggest the members of the newest A series will pack an L-shaped quad camera setup.

As for now, Samsung Vietnam hasn’t officially revealed exactly which phones will be launching under the Galaxy A (2020) banner. However, if the rumors are true, then the Galaxy A51 will be the first of the bunch. This may be powered by an Exynos 9611 chipset, feature a 48MP primary camera and a 32MP selfie camera, with a 4000 mAh battery.

If this naming convention follows suit, the other phones under Galaxy A (2020) could be called the: Galaxy A21, Galaxy A31, and so on. There are also speculations flowing around that the higher-end Galaxy A81 will come with the S-Pen support which has been exclusive to the “Note” series until now. So, yeah, if Samsung brings the S-Pen functionality to its mid-range and upper mid-range smartphones, the company must introduce something extraordinary in the next Note device for it to sell as well as the earlier generation of Note smartphones.

Don’t forget to watch our review of the Samsung Galaxy Note 10+: