Integrated Mobile Solutions Pvt. Ltd., the authorised distributor of Samsung smartphones in Nepal, has launched the latest iteration of A-series — Galaxy A8. Like other A-series of Samsung lineups, Galaxy A8 also sports a full metal build and is indeed company’s thinnest smartphone till date measuring at just 5.9mm. The phone is priced at Rs.53,900 in Nepal. (List of High End Samsung Mobiles with Price in Nepal)

Galaxy A8 features a 5.7-inch Full HD  SUPER AMOLED display and is powered by Samsung’s in-house 32bit octa-core Exynos 5430 SoC with four Cortex A7 cores clocked at 1.3GHz and four Cortex A15 cores at 1.8GHz. It is coupled with 2GB RAM and 32GB of inbuilt storage with a microSD card expansion slot up to 128GB. 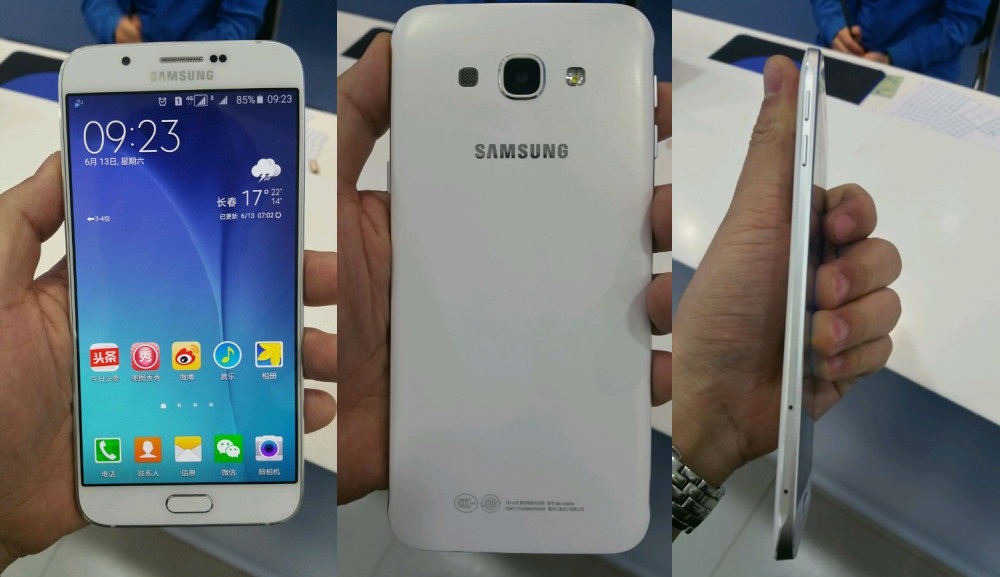 It features a 16MP ISOCELL rear camera with optical image stabilisation, f/1.9 aperture, a wide-angle lens (120 degrees) and LED flash which is exactly the same camera seen on the flagship Galaxy S6. The phone also has a 5MP front-facing camera.

The phone is extremely thin measuring just 5.9 millimeters in thickness, in fact thinner than the Galaxy S6 and iPhone 6. Despite being so thin, it comes with a huge 3050 mAh battery. It also has a fingerprint sensor and runs Android 5.1.1 Lollipop with TouchWiz UI. In terms of connectivity, the phone supports Dual hybrid SIM, 4G, Bluetooth 4.1 and GPS.