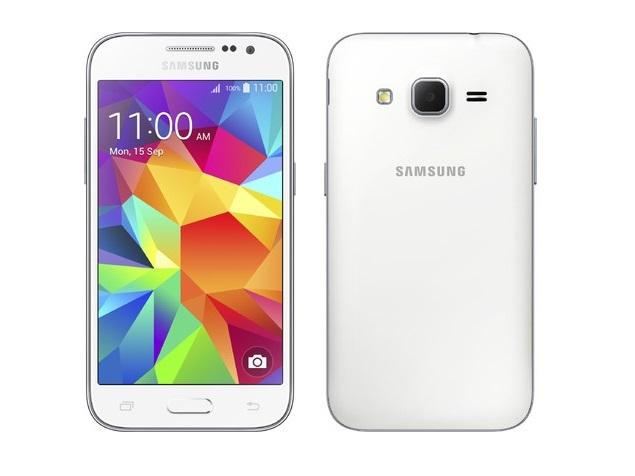 IMS, the official distributor of Samsung mobiles in Nepal, will officially be launching their latest Budget friendly smartphone-“Core Prime” in coming weeks. The Samsung Galaxy Core Prime is priced around Rs.13,999.

Core Prime boasts a 4.5 inch WVGA screen with PLS technology for better wider viewing angle. The selling point of this phone could be the “Snapdragon 410” SoC that includes Quad Core 64 bit processor running at 1.2 GHz and Adreno 306 Graphics. It comes with 1GB of RAM and 8GB of inbuilt storage, and supports expandable storage via microSD card (up to 64GB). The Android 4.4 KitKat-based Samsung Galaxy Core Prime has a 2000 mAh removable battery with ultra-power saving feature, where in the device can run for 2 days straight with just 10% power under stand-by mode. It includes a 5-megapixel autofocus rear camera with LED flash, and a 2-megapixel front camera. Connectivity options on the handset include Wi-Fi b/g/n, Wi-Fi Direct, Wi-Fi Hotspot, Bluetooth 4.0, GPS. It is a Dual SIM phone with 3G connectivity.

Galaxy Core Prime will give competition to the Huawei Honor Holly which was recently launched in Nepal for Rs.13,999.