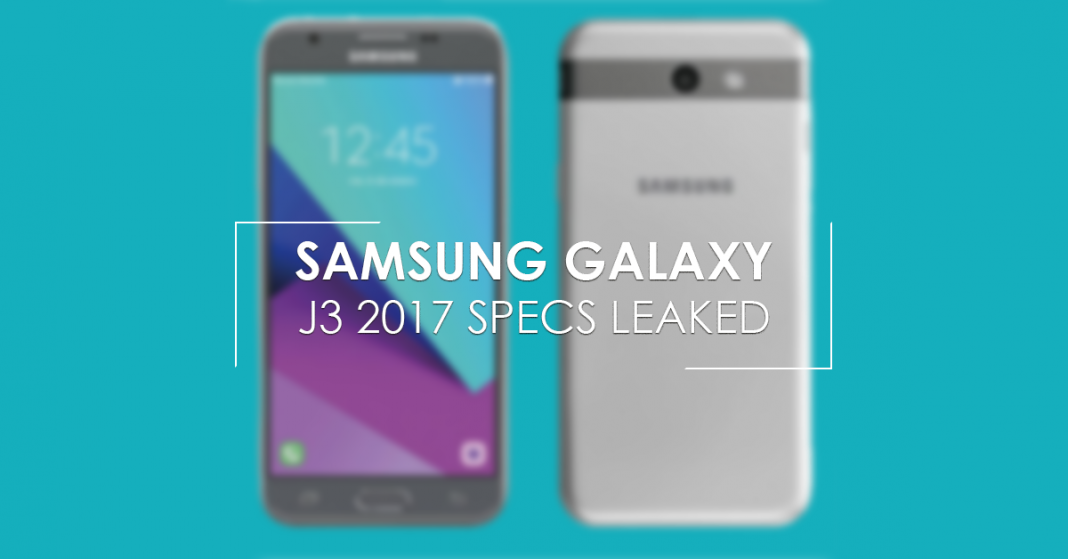 The first quarter of 2017 is about to end and the Samsung has some devices due for the release this year. Out of those devices, the Samsung Galaxy J3 (2017) is certainly the one that the brand loyal budget oriented customers are waiting for. But the release of the device seems much closer than ever before. It is due to the fact that, the device was recently spotted on GFXBench with the device name SM-J330.

The spotting of the device on GFXBench reveals some major specs of the phone. The phone will have a 4.8inch HD screen. The phone comes with latest Android 7 Nougat out of the box. Under the hood, the phone is powered by Exynos 7570 Quad Core CPU clocked at 1.4GHz. As far as the memory is concerned, it will have 2GB RAM and 16GB onboard storage. The another improvement in the phone as compared to the last year’s model is in the camera department. The leaked specs suggest the phone have a 12MP unit on the back and 5MP on the front. Both the cameras being able to shoot up to Full HD videos. However, the battery capacity of the phone is still in the shadow. The only excitement left is regarding how the device is gonna look like. 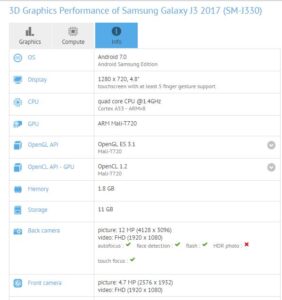 The device is certain to make up to the market of Nepal after a month or two from its international release. The expected international announcement is in May 2017 at the earliest. However, there’s no word regarding the pricing of the product. What we think is, it’s likely to be priced equal or near to last year’s Samsung Galaxy J3.