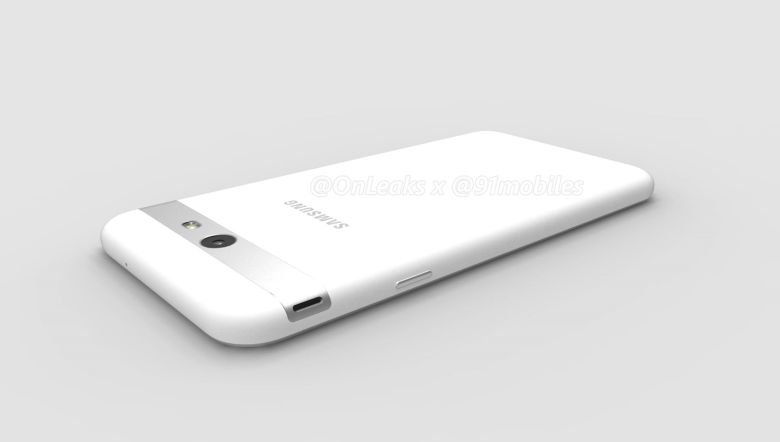 Samsung has a lot to prove in 2017. It’ll certainly get a comeback with the release of the next galaxy, the Galaxy S8. But, that won’t be enough. Lately, it’s losing the image of providing considerable midrange phone at cheaper prices. The availability of Specs heavy phones at cheaper price from different Chinese manufacturers made Samsung lose its market share worldwide. The J series family of smartphones did great but Samsung wants them to do even better. Samsung is looking forward to selling 100 million units of smartphone from Galaxy J family worldwide.

It might sound challenging but is possible. Samsung is adding the fourth J7 in its J-series family and it’s the Samsung Galaxy J7 2017. Well, it is only recently that we started to see renders of its new design. Now, the leaked benchmark details made us be more confident about its release more than ever.

The design render shows a fresh design for the next Samsung Galaxy J7. It looks easy to spot from rest of its predecessors with that gray strip along the camera module which might as well double as antenna lines. Like J7 prime, the loudspeaker is placed on the right top edge of the device. Rumors say the phone might come with some water resistance that’ll be a most welcome feature in a midrange phone.

What is more interesting than its design render is its leaked benchmark details. That detail gives us a glimpse on what the phone will be packing inside. 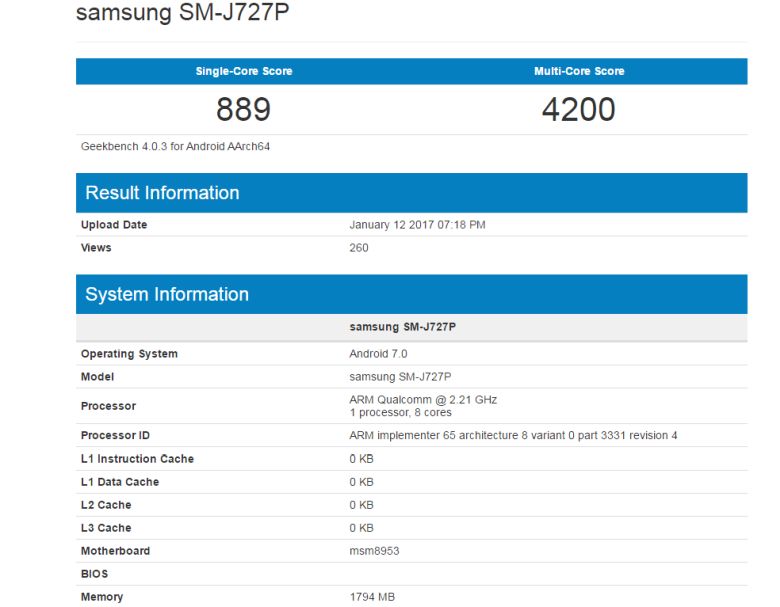 Looking at the specs in the test benchmark records made us scrub our heads. As it is in conflict with rumored specs. Earlier, Samsung Galaxy J7 2017 was rumored to pack a 3GB RAM but here it shows up as if that’ll be of 2GB only. However, Samsung might be releasing two variants of this phone depending on the region. What we can be sure of is, the phone will come with Android 7.0 Nougat out of the box. It’ll be powered by an Octa-core processor from Qualcomm that’ll be clocked at 2.2Ghz or the Exynos 7870 SoC. Plus, the rumor says it is Qualcomm SnapDragon 626. It’ll be a 5.5 inch full HD LCD panel just like its predecessors. Nonetheless, it won’t have a fingerprint sensor and many might find it disappointing. Additionally, the camera units will be the same 13MP at back and 5MP on the front.

Honestly speaking, I wanted the next Galaxy J7 to sport a fingerprint sensor. Let’s wish the rumor about no fingerprint sensor will turn out to be just rumor. Design-wise, the phone looks compelling but how well it’ll feel while holding is something we can say only after getting our hands on it, hopefully, this spring.