Home Samsung Samsung Galaxy Note 9 has the second best camera on any smartphone!! 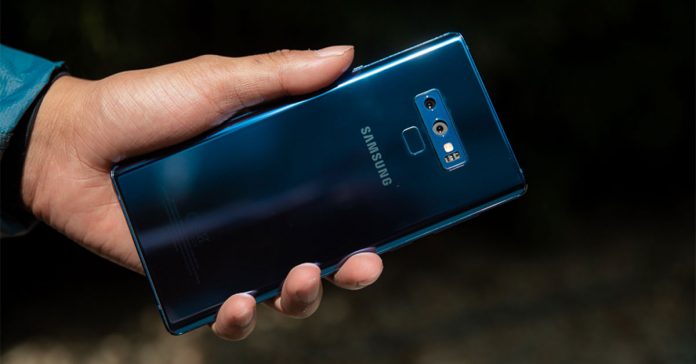 We all knew the Samsung Galaxy Note 9 had a really awesome camera, but now it’s official. DxOMark, a website that tests DSLRs, lens and smartphone cameras have ranked the Note 9 in the second position with 103 points, right below Huawei’s triple camera beast P20 Pro. For reference, Huawei’s flagship received a score of 109, the highest in any smartphone camera as of now.

The HTC U12+ also shares the same scores as the Note 9. Although the scores for both smartphones is 103, HTC has an upper hand in video whereas the Note 9 excels in Photography. Following these three smartphone cameras is Huawei P20 with 102 points and finally the Galaxy S9 Plus, which makes it’s way to the top 5 with a score of 99.

Now, this all depends on how much you actually trust the DxOMark’s benchmarking techniques. Looking at Samsung’s history of putting some of the best cameras on smartphones, it’s no surprise that the Note 9 got such a huge score. Let’s look at the specs of the camera before going in-depth on its strengths and weaknesses.

Starting off with still photos, the Note 9 has really good autofocusing capabilities. The camera does really well with noise reduction, the zoom quality is excellent and the bokeh effects are pretty realistic. According to DxOMark’s review of the smartphone, the Note 9’s camera was the best they had tested under good lighting conditions.

Exposure is usually pretty good, with some wide excellent dynamic range. It’s capable of capturing high contrast scenes with deep shadows and bright highlights. The images itself are also bright, vivid with accurate white balance and good color rendering. Noise levels are also minimum with a good balance between noise and texture with “a tendency to smooth fine details a little more than some rivals” – DxOMark.

The second camera’s 2x zoom factor shows good levels of details with a realistic bokeh mode, under outdoor and indoor lightings. Below is a list of all the scores that the Galaxy Note 9 got in every aspect:

Samsung Galaxy Note 9 scores a very respectable 94 in their video tests. The overall scores of the video performance were excellent, particularly in the autofocus, noise and stabilization aspects. Colors are bright and vivid and video footages offer a good exposure accuracy.

No doubt, Samsung was going to employ one of the most capable smartphone cameras on their latest flagship. With a fast and accurate autofocus, a wide dynamic range, convincing bokeh, low noise reduction, and vivid & vibrant colors the Note 9’s cameras are hard to beat. But with inconsistent white balance with flash, details that get lost in dark, haloing, ghosting and loss of visible sharpness, the Note 9 falls slightly short of the title, ” the best camera on a smartphone”.