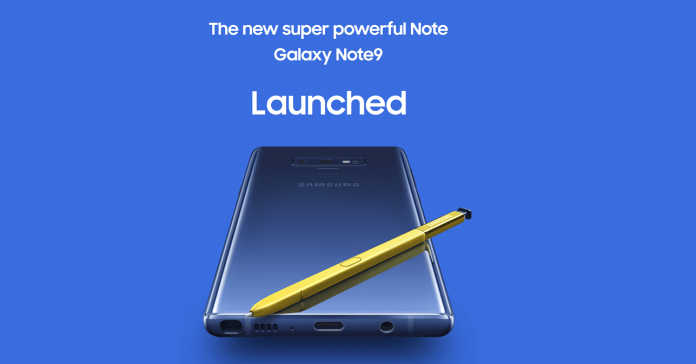 Samsung has launched the Galaxy Note 9 smartphone, the successor to the last gen Note 8, with bigger storage, new stylus features, and a beefy battery. It builds on the highly successful S9 and S9+ and packs in more features to make an even better productivity-focused device.

The Galaxy Note 9 features a 6.4-inch QHD+ Infinity SAMOLED display, which is a minor increment compared to 6.3-inch Note 8 and 6.2-inch S9 Plus. It is powered by the latest Qualcomm Snapdragon 845 (US and China) or the Exynos 9810 (Nepal & other nations) which is the same chipset powering almost all the flagship phones of 2018. Samsung claims they have used some kind of liquid cooling on the device that boosts the gaming performance with less throttling going on while playing high-end games like Fortnite for long sessions.

The Galaxy S9 and S9 Plus were the first Samsung phone to have a dual aperture lens on the back. And Samsung has included the same setup on the Note 9. The 12MP primary snapper has a variable aperture of f/1.5 and f/2.4. The secondary lens is a telephoto lens similarly to S9 Plus and Note 8. Both the lens has optical image stabilization and dual pixel phase-detect autofocus for faster focus and stabilized sake free photos and videos. Features like 2x optical zoom and portrait modes are also present.

The cameras are now AI enabled, which means it detects the scene like flower or sky and enhances the brightness, color saturation, and sharpness. It’s a feature similar to one seen on the Huawei P20 Pro (Read review), which didn’t do pretty well. So we will have to test if this AI  Scene Optimizer really lives up to what Samsung claims. 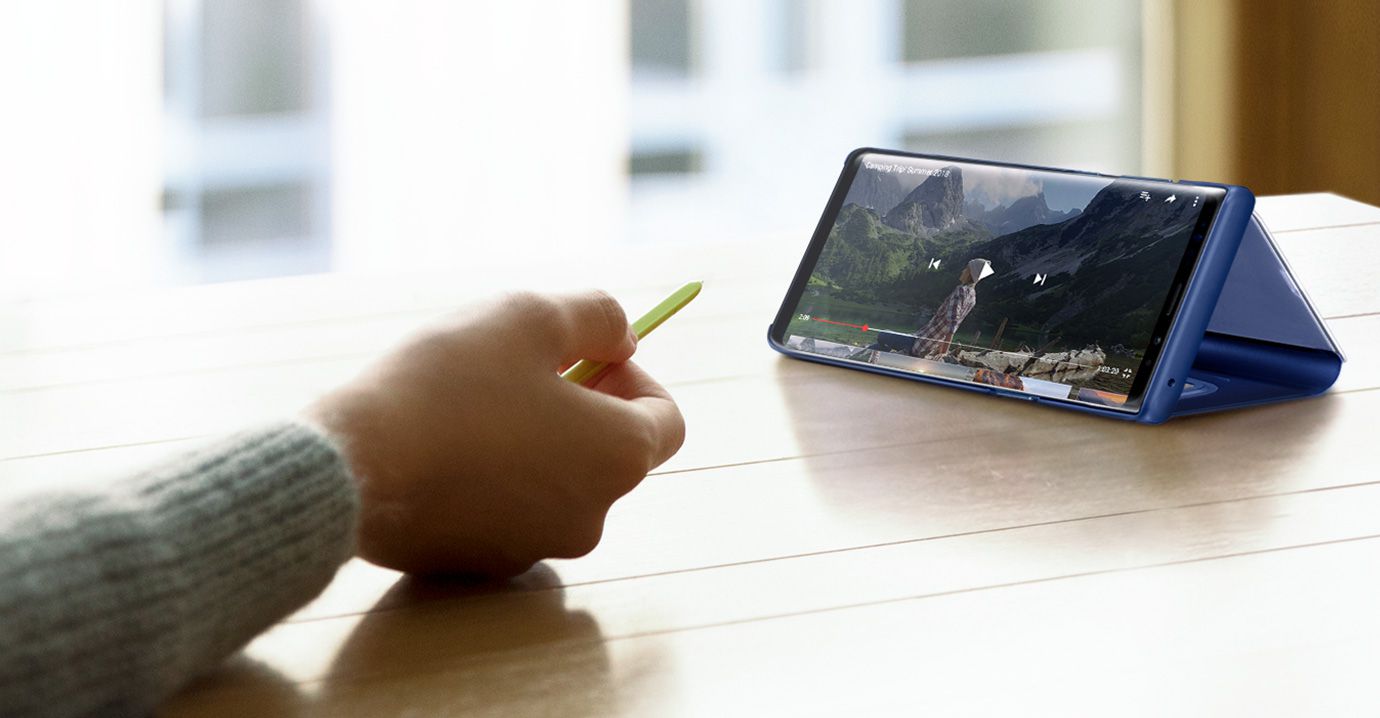 Now the focus of the Note series: the new Spen is now Bluetooth enabled and acts like a remote controller. You can take a selfie, click photos, control presentation with the Spen — all thanks to always connected low energy Bluetooth.

There’s also this new DeX software which I find very interesting. You now no longer need DeX pad dock and can use a Note 9 as a PC by simply plugging an external display into the phone with an HDMI adapter.

Two years ago, Samsung suffered a nightmare when they had to recall the Note 7 due to the battery issue. However, since then, the Korean electronics giants have taken rigorous safety majors. With Note 9, they have finally managed to include a beefy 4000mAh battery which everyone has been asking for. Since the S9+ with smaller 3500mAh battery and more or less similar internals provides an excellent battery life, we’ve high expectation with the bigger battery of the Note 9.

The 128GB/6GB version of the Note 9 costs Rs. 109900 in Nepal. This makes the Note 9 the most expensive smartphone yet. It will be available in 4 color options: Ocean Blue, Midnight Black, Lavender Purple and Metallic Copper.

In the US, the Note 9 pre-order starts today and will be available from stores starting August 24. Prebooking in Nepal has started from 17th August for Rs. 109900. You can prebook the phone from here:

My initial thoughts on Note 9:

It’s obvious that there are no mind-blowing innovations in the Note 9. If you compare it with the S9 Plus, it sports a similar glass design, the same camera setup, an identical performance, and almost the same display quality and size. What’s improved here are the battery, storage, and gaming performance. For most, this might be enough for an upgrade, but for the Note 8 or the S9 Plus user, there’s nothing to be excited about.