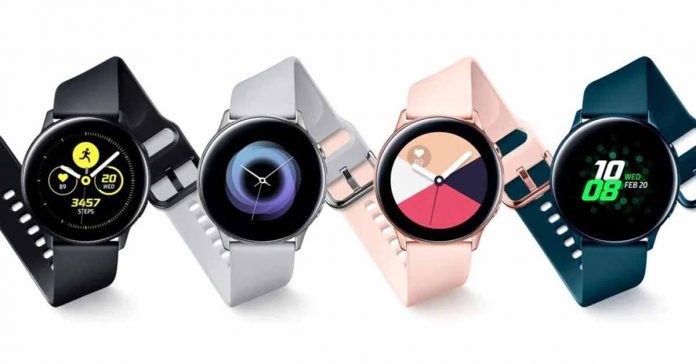 Because of the Coronavirus outbreak, Samsung didn’t achieve the kind of success it was hoping with the S20 lineup that launched earlier this year. We will have to see how well the Note 20 does when it is launched later this year. The Note 20 lineup will be accompanied by the launch of Samsung Galaxy Watch 3 and Samsung Galaxy Buds X. And here, we will be talking about the former.

Samsung Galaxy Watch 3: Everything so far

Skipping generation, but why?

The news about Samsung skipping the Galaxy Watch 2 first made headline when the upcoming smartwatch’s NBTC certification leaked online with the new moniker. XDA Developers have corroborated the certification claiming that they have discovered image assets in the Galaxy Wearable app that mentions Galaxy Watch 3.

The listing suggests that the Samsung Galaxy Watch 3 will come in two different sizes – 41mm, 45mm. Both will come with a standard and an LTE variant. Users can choose between Titanium casing and stainless steel casing. We expect the display to be protected with Corning Gorilla Glass DX. Also, the rotating bezel will be making a comeback, something that we missed in both iterations of Galaxy Watch Active.

It will at least feature an IP68 rating, 5ATM water resistance, and MTG-STD-810G as in other Galaxy watches. It might even feature an ECG sensor, and we hope that it checks out from the FCC and other governing bodies before the actual launch. The Galaxy Watch 3 will also be able to monitor your blood pressure along with your heartbeat rate.

The support pages for the four models went live in South Korea before Samsung pulled them off the web. Samsung might unveil the Galaxy Watch 3 alongside the Note 20 lineup on August 5.

Check out our review of the Samsung Galaxy Watch!