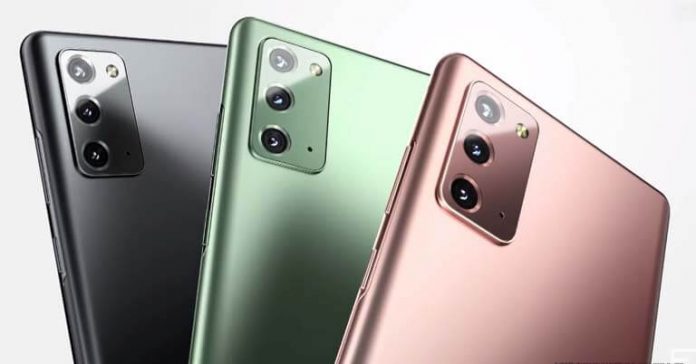 Last week, Samsung kicked off its #GalaxyUnpacked 2020 event with the new Galaxy Note 20 series. We pretty much already knew almost everything there was to know about the Note 20 and Note 20 Ultra but some surprises were in store. That being said, both these devices are now available for purchase from Samsung stores in Nepal with 1 year of free breakage insurance.

Starting with the design, the Note 20 series ushers in a round of new visual aesthetics for Samsung. The rear panel features a subtle matte finish plus new color options that we haven’t seen in Samsung smartphones before. Here, the regular Note 20 is available in Mystic Gray, Mystic Green, and Mystic Bronze variants. Alongside this, the camera layout sees a makeover as well.

The lens cutouts are now more distanced between each other. Or rather yet, their backplate comes in a contrasting color scheme compared to the standard black layout in practically every other Samsung phone to date. Feels like this is a calculated and an inspired move from Apple’s iPhone 11 series. Anyway, it looks sleek and a whole lot modern. In an interesting note, the S Pen has now been shifted to the bottom left instead of the usual right.

Amidst the design praise, the Note 20 deals some crushing blows. Although it’s the most expensive entry-level Note smartphone to date, Samsung has daringly gone with a plastic back. Well technically, it’s glasstic (glass + plastic) but that’s no better. The frames are still metal and the matte finish may have you fooled, though that’s not what it really is.

In the display side of things, you’re now getting a taller 6.7-inches Super AMOLED panel compared to a 6.3-inches one on last year’s Galaxy Note 10. It’s still an FHD+ panel though I would’ve liked to see Samsung bump it to a higher QHD+ instead. This Infinity-O display has a small cutout for the front-facing camera whose diameter is slightly bigger compared to the one on the Note 20 Ultra. 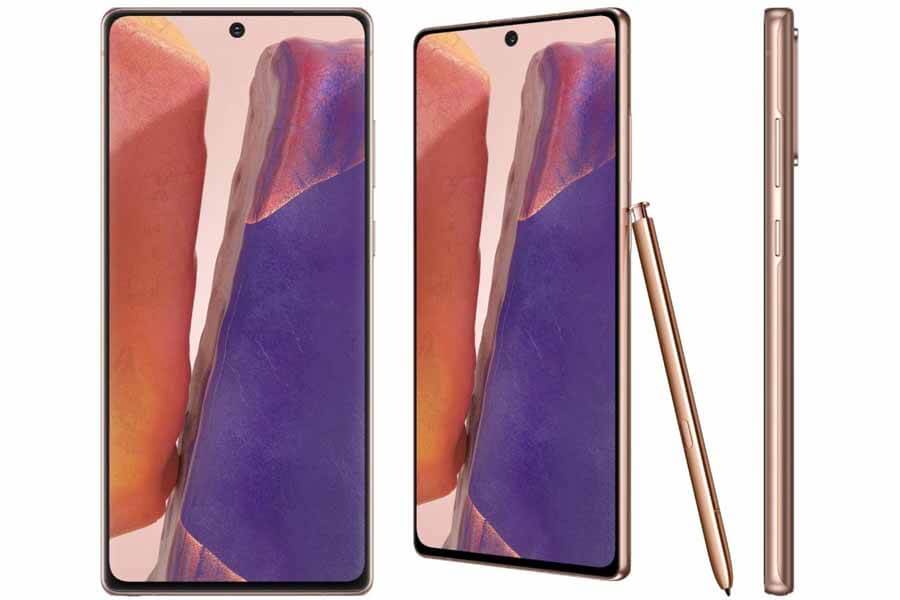 The next thing I’m about to say could be a bummer to some while being joyous news to many. Samsung, the company that single-handedly pioneered curved displays has shifted to a traditional flat-panel this time around. Personally, I dig it. Yet, what I don’t dig is its regular 60Hz refresh rate. What was going on it the designer, engineers, and other responsible people’s heads, we’ll never know.

At this point already, the Galaxy Note 20 feels like it’s ready to let everyone down. But wait, there’s more! This display is protected by Corning’s Gorilla Glass 5. Yep. Instead of the new Gorilla Glass Victus which is supposed to be 2x tougher and more scratch-resistant compared to GG6, Samsung is going for a solution that was also seen in the Galaxy Note 7 which is a 2016 device.

The performance jump is quite significant, I must say, but sadly in some parts of the world only. Galaxy Note 20 ships with the latest Snapdragon 865+ (an overclocked SD 865 that was able to cross the 3.0GHz CPU frequency) in the US, China, and South Korea. As always, Samsung is sticking with its homegrown Exynos chipset for the rest of the world including Nepal.

Had the Exynos 990 been better than its closest Qualcomm counterpart, we wouldn’t be having any debate but that’s simply not the case. Different tests from different sources have ultimately proven the inferiority of Samsung’s Exynos 990 chip compared to the Snapdragon 865. There have even been fan petitions demanding the company stop using Exynos silicon in its flagships. All that for nothing. There was a also rumor that the company would somehow tweak the SoC for better heat management and enhanced performance, but that doesn’t seem to be the case at all.

Jumping to memory, there’s a single 8GB LPDDR5 RAM configuration available for the Galaxy Note 20. Unfortunately, the storage option isn’t upgradeable, just like the Note 10. However, Samsung’s decision to halve the storage option feels undeservedly cruel here. The 5G model has either 128 or 256GB of UFS 3.0 storage while the LTE variant has a single 256GB option. If you recall, last year’s Note 10 featured 8/256GB of internal memory.

Thankfully, the stylus sees a bit of an improvement this time around. The most visibly noticeable one being the reduced latency. It’s been reduced to 26ms from 42ms on the Note 10. This should, at least in theory, result in a more fluent writing experience. It also brings 5 new gestures like the one where you can scribble in the air to navigating through the phone. 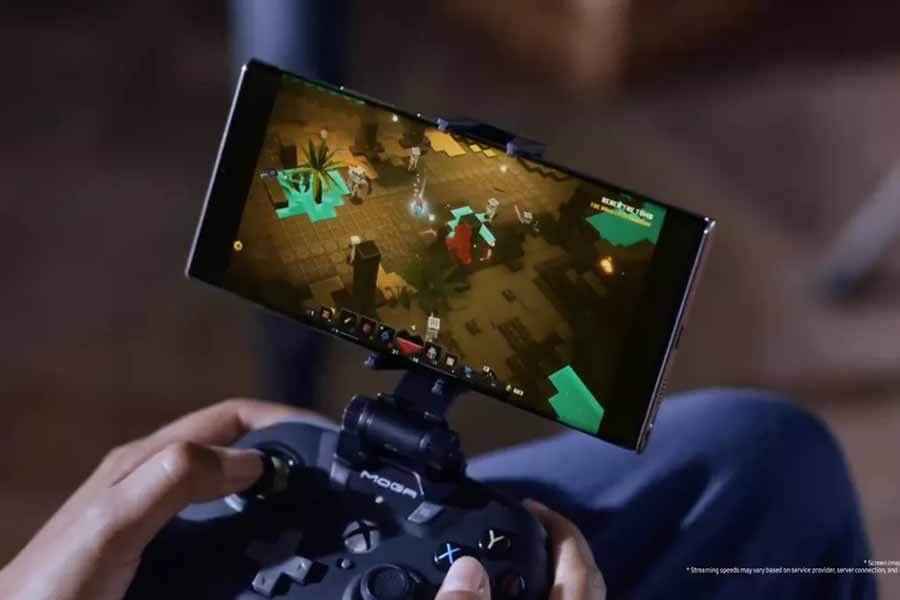 Samsung phones have always shipped with Microsoft’s Office suite of applications in them but the Microsoft connection is getting more apparent than ever with the Note 20 series. Here, the “Samsung Notes” app has been updated to sync with MS Office applications. You can also link the phone to a Windows 10 computer and run your phone’s apps, make calls, etc. on the PC itself. Similarly, Samsung’s desktop-like experience “DeX” is now fully wireless.

More importantly, Note 20 owners will also be able to enjoy 100+ Xbox One and Xbox Series X games through Microsoft’s xCloud game streaming service free for 3 months. Some of the popular titles under this include:

This Xbox Game Pass Ultimate bundle comprises of PowerA’s MOGA XP5-X+ Bluetooth controller and a clip to hold your phone intact. Those who pre-order this bundle will also get $150 in Samsung Credit.

Getting to the cameras, Note 20 brings a triple-lens setup at the back. You have a 12MP f/1.8 primary sensor with Dual Pixel PDAF & OIS, a 12MP f/2.2 ultrawide lens, and a 64MP f/2.0 telephoto lens that boasts 3x lossless optical zoom and up to 30X digital Space Zoom. The front camera is a 10MP sensor housed inside a neat punch-hole cutout. 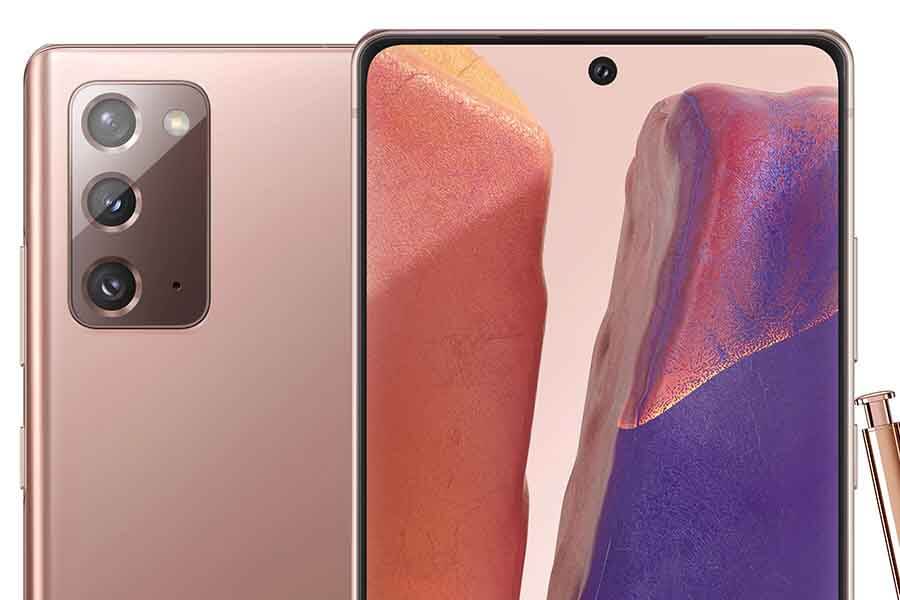 This camera setup is almost the exact same that we saw in the vanilla Galaxy S20 that launched a while back. With this, our camera expectations from Note 20 aren’t that high considering we already know how the S20 performs. You can record 8K footages at 24fps from the rear camera while the front-facing lens is also capable of shooting 4K videos at 60fps.

The actual battery capacity sees a significant upgrade from last year as the Galaxy Note 20 has a 4300mAh cell which is about 800mAh larger compared to last year. Pair this with an FHD+ 60Hz display, then its endurance should be well within an acceptable boundary. Surprisingly, Samsung has shifted its gear backward in terms of charging speed.

We’ve seen the company’s 45W fast charger in action in phones like the Galaxy Note 10+ and the S20 Ultra. Despite this, you’re only getting 25W USB-PD 3.0 charging (the charger is included in the box by the way), a 15W wireless charging, and reverse wireless charging. In a time when different Chinese OEMs are jumping the gun on triple-digit fast charging like 120W, 125W, etc. it’s unnerving to see Samsung take the contrasting route instead.

Check out our review of the Samsung Galaxy Note 20 Ultra here: