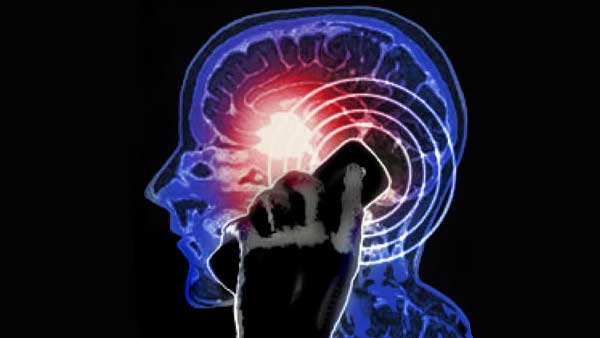 A couple of weeks ago, one of my teachers told me about phones emitting radiation when the battery level goes either above 90% or below 40%. My curiosity led me to research on this subject matter. Though I couldn’t find evidence to support his claim, I did learn about the radiations our phones emit.

Radiation is the emission of energy as electromagnetic waves or as moving subatomic particles, be it highly ionizing or non-ionizing. The radiation that smartphones emit is non-ionizing ones. They include Radio Frequency and Extremely Low Frequency. All the radio signals, i.e. Bluetooth, Wi-Fi and network signals are Radio Frequency while the phone’s hardware gives off Extremely Low Frequency. These radiations, when emitted, are absorbed by our body, particularly cells and tissues.

What happens when the radiation is absorbed?

As I mentioned earlier, these radiations are non-ionizing. They aren’t as powerful as UV-rays or any other highly ionizing radiation. So, if a short period of time is taken into consideration, they don’t really affect us.

However, studies have shown that these radiations might affect our brain’s activity, decrease bone density around the pelvis and even cause infertility among men in the long run. Some of the people also believe that smartphone causes cancer. Scientists are researching to study the association between smartphone radiation and cancer, but it hasn’t been proven yet. According to World Health Organization,

“TO DATE, RESEARCH DOES NOT SUGGEST ANY CONSISTENT EVIDENCE OF ADVERSE HEALTH EFFECTS FROM EXPOSURE TO RADIO FREQUENCY FIELDS AT LEVELS BELOW THOSE THAT CAUSE TISSUE HEATING. FURTHER, RESEARCH HAS NOT BEEN ABLE TO PROVIDE SUPPORT FOR A CAUSAL RELATIONSHIP BETWEEN EXPOSURE TO ELECTROMAGNETIC FIELDS AND SELF-REPORTED SYMPTOMS, OR ‘ELECTROMAGNETIC HYPERSENSITIVITY’.”

Smartphone Radiation and Infertility in Men

A research article published in the Reproductive BioMedicine Journal titled “Habits of cell phone usage and sperm quality – does it warrant attention?” on September 2015 has warned that men using their smartphones for more than a couple of hours are in a risk of “cooking sperm” and dropping the level of sperm. The study has mentioned that having a phone close to their groin or even body can lower sperm level. According to the research, 47% of the cases among the 106 men were affected by this problem. These men had reportedly kept their phones close to their groin or near themselves.

However, it can be argued that the study population of the research is less and cannot be generalized to a large population. Also, 26 out of the 106 were not included in the research because they were deemed ‘unfit’ to meet the criteria set. Different models of smartphones emit different amount of radiation and the study population didn’t use the same smartphone. In the past, decades there have been plenty of environmental factors that have affected the quality of sperm. And smartphone usage might not be the only cause of infertility.

How to stay safe from smartphone radiation?

Smartphone radiation is gradually becoming a Public Health concern globally. However, as I have already mentioned, if a short period of time is taken into consideration, the radiation isn’t able to affect much. But in the long-term effect, it could be harmful, and that’s something scientists and experts have been dwelling upon right now.

Scientists and experts have been actively researching to come up with evidence-based findings on the impact of smartphone radiation in human. Until then, we can stay safe by less usage of smartphones, keeping our phone in airplane mode when not in use, using headsets to receive calls, and not using our phone when it has poor signal strength since poor signal strength can comparatively induce more radiation.