Home Apple Apple M1 SSD swapping issue: Should you be worried before buying an... The first phase in Apple’s plan to switch from Intel chips to its in-house silicon for its Macs was a massive success. The M1 chip in the latest Macs offered never-before-seen performance in the lineup’s history. However, starting last month, some M1 Mac users started reporting a strange problem – their SSDs were degrading faster than normal. Though Apple did not officially confirm the cause, users were quick to blame the SSD swapping technique. In this post, we will be taking a look at the concept of memory swapping, the supposed issue of SSD swaps in M1 Macs, and see if it’s something you actually need to worry about.

So, let’s start with the basics. Almost all of the present-day computers come with a separate location (secondary storage) to store users’ data and programs. When a user commands the computer to run a non-system software, the data involved is loaded into the RAM. The reason being that the RAM operates at a very fast speed. On the other hand, the size of the RAM is limited and it can only store a certain amount of data. Thus, at a moment, only the data that the processor needs immediately is stored.

The lifetime of an SSD

SSD or Solid State Drive is the preferred mass-storage media in mainstream computers. However, no SSD can last forever. At their core, SSDs are made up of NAND cells. Data are stored in them with the application of current signals. Every time a signal passes through a cell, it degrades the cell to an extent. SSDs degrade faster if you keep constantly overwriting them.

To prevent SSDs from degrading faster, manufacturers try to level the wearing over all the cells. They even cram in replacement cells in case some cells wear out faster. Still, SSD degradation is inevitable and there will be a time when it needs to be replaced with something new.

It is done for background apps or apps with less priority. This process is called “Memory Swapping” as the system swaps data from the main memory to the secondary memory. Actually, memory swapping is not a new phenomenon. Almost all of the leading OS platforms use this process whether it be Windows, Linux, or the focus of this post – macOS.

SSD swapping is a common technique to improve performance in present-day computers. It becomes a problem only when it is overdone. It looks like the new MacBooks are constantly storing “pages” on the SSD to keep the RAM free for high-performance tasks. That is, the M1-powered MacBooks are relying on SSD swapping more than ever before.

For instance, some users are reporting 150 TB of data written onto an M1 MacBook Pro with 16GB RAM and 2TB SSD. That is just 3% usage. However, if it was a 256GB model, that would have amounted to 30%. At such a rate, the SSD would only run properly over 1.5 years. On top of that, there were users complaining about up to 10% usage in two months.

The even bigger problem here is that the SSD on M1 MacBooks is not user-replaceable. The same is the case with the RAM. It is because Apple has integrated them into the chip itself. This unified memory architecture plays a huge role in the performance gain along with other factors such as optimization. By integrating the memory (RAM and SSD storage) into the chip itself, Apple was able to limit the transmission delay resulting in a faster computation. 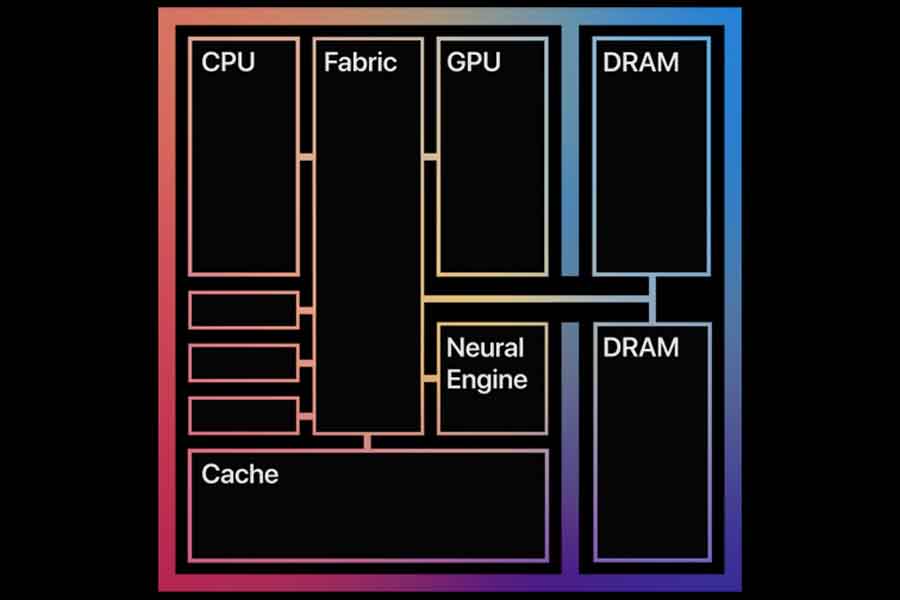 Is this a legit issue?

It turns out that not everyone’s SSD usage was closer to those reporting the said issue. To put it into context, most of the users only had around 1 to 2% SSD usage. The high usage reports may have been a case of an incorrect reading by the software in use.

Another possibility could be that certain apps were causing the problem. For instance, some users reported that Rosetta 2 was causing higher swaps than other programs. This translator is used to make apps written for Intel processors (x86) work on the M1 chip (ARM) powered machines. Still, the number of writes per day was not that significant to be concerned, to begin with.

Whatever the cause may be, all the evidence suggests that problem is not with the M1 architecture itself. Thus, the SSD swapping issue is not something that should stop you from considering buying the latest M1 Macs. Still, you can minimize the effect of SSD swapping by opting for a system with higher RAM and SSD.