Home 5G What is 5G? Why is it important? 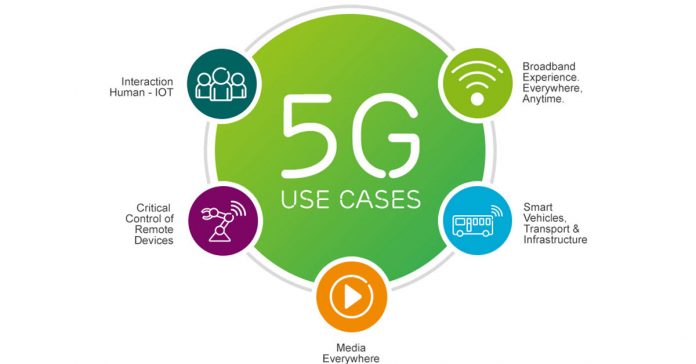 5G is already heating up the market right now. For those of you who have been leaving under a rock, 5G is the successor to 4G – the fourth generation of wireless connection. Although, the 4G networks is still not prevalent in most of the area in Nepal, engineers and scientists have already developed 5G, and it will come into being from 2019.

The most impressive feature about 4G was definitely the speed improvement it had over 3G, and like its predecessor, 5G hopes to do the same. Researchers claim that the technology will be able to replace the fiber-to-the-home (FTTH) connection, which is certainly a tough thing to do. However, that certainly makes 5G all the more interesting.

5G network is not just about being fast, but also about supporting tens of thousands of users simultaneously without any compromise. For e.g. tet us consider a scenario where over 50,000 people in a stadium are trying to use mobile data on their smartphones. The current 4G antennas (masts) cannot handle that number of simultaneous users and you cannot even upload a selfie on instagram at that instance. A deal breaker, right?

However, 5G could be the perfect solution for such cases. 5G’s innovative technology can allocate each users with their own antennas. A small Base Station (BTS) can have up to 256 antennas closely packed together. This is possible by using smaller millimeter wavelength (mmW) athat are operating at higher frequency, 10 times higher than current 4G frequencies resulting in vehement speed.

5G’s advanced antennas tech forms data beams that will track and focus on the devices at work only when needed. This results in enhanced spectral efficiency (data volume per area unit), less battery consumption, better coverage, and higher bit rates in larger portions of the coverage area.

All the contemporary mobile networks range between 800 MHz and 3500 MHz, but 5G uses spectrum above 6 GHz. The use of such high frequency not only improves data speed, but also offers ‘virtually zero’ latency (time taken by a packet of data to get from one designated point to another). Latency or Delay plays a big role in real-time response. This will help the online gamers who don’t want any delays in their gaming sessions.

Moreover, the new mobile communication system won’t just be used for human communication alone. Instead, we will see different types of devices talking to each other on their own [sometimes referred to as the ‘Internet of Things (IOTs)]. With 5G, the IOTs will have reliable communication links and will also lower transmission delays (latencies).

We are nearing the launch of the first commercial 5G enabled smartphones. This is quite exciting as we have been promised a lot of things with the arrival of the technology. However, it has already started to receive criticism online, and that because of its price. To come up with a new technology requires a lot of time and money.

A lot of companies have spent millions of dollars for 5G, and that will be reflected on the price the technology will carry. That will also be applied to the prices of the smartphones. Pete Lau, the CEO of OnePlus, has already stated that the 5G-enbled OnePlus smartphone will cost $200-$300 more than the ‘normal’ one. Likewise, lots of rumors have surfaced online regarding the high-pricing of Samsung’s 5G-supported device.

5G isn’t cheap, and it will take a lot of time before it becomes a household name. However, the technology is showing a lot of potential, and might be the next big thing in the world of internet.