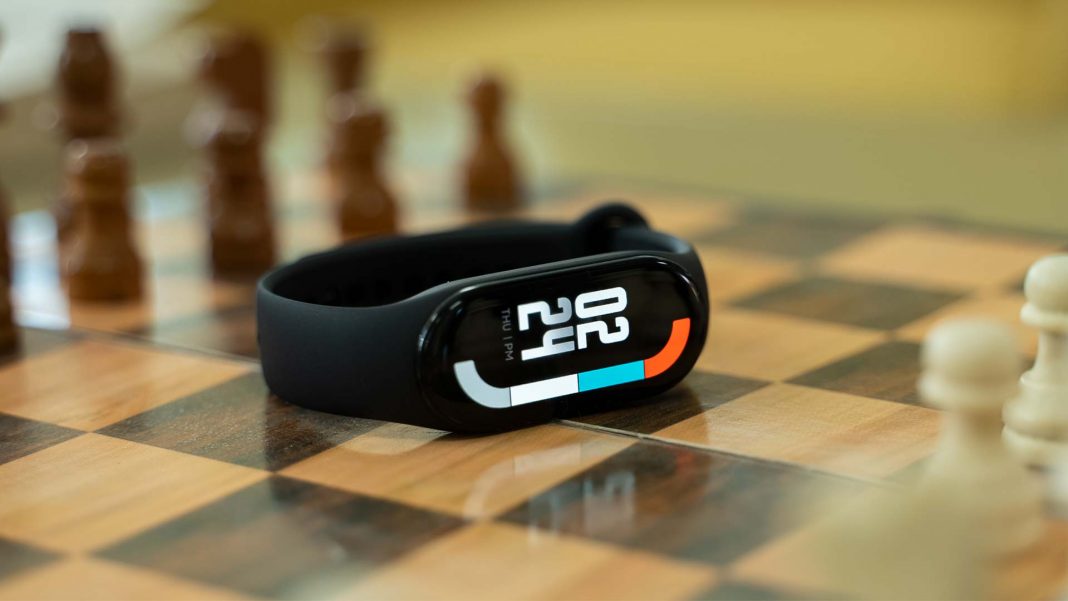 In this review, I’ll be sharing all of my experiences with the new Xiaomi Smart Band 7 also known as the Mi Band 7. As you might know, Xiaomi is quite popular in the world of fitness trackers. You might have even seen some of your friends wearing them. And the reason why Mi Bands are so popular is: first, they are exceptionally affordable, and second, they’ve got all your basic fitness tracking needs covered. So over the years, they’ve pretty much become a no-brainer for anyone looking for the best bang for their buck.

But in the last 2-3 years, the wearable industry has become incredibly competitive, with brands like boAT, Noise, and Dizo launching some really good-looking, high-specced smartwatches in the budget segment.

On the other hand, if I handed you Mi Bands from the last two generations, you would be hard-pressed to tell their differences based on their looks. And even if you were to compare their specs side-by-side, they don’t necessarily bring any major upgrades either. So the question has to be asked, are smart bands even relevant in 2022? But before answering that question, let me first do a proper review of the Xiaomi Smart Band 7.

Okay, let’s start with the design first. As I mentioned earlier, the Xiaomi Band 7 doesn’t look that different from its predecessor. Or… predecessors. You are getting the same pill-shaped tracking module with the same buckle-style TPU strap. And there’s no button here either—so you’ll have to make do with the gesture controls. 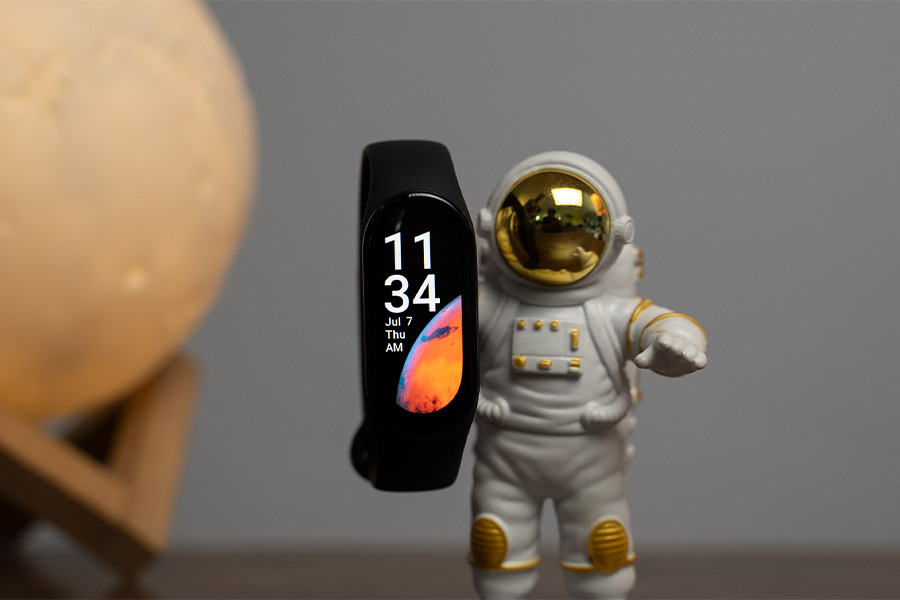 Going past the looks, this is one comfortable and lightweight fitness tracker to wear! This strap is also soft and free of any discomfort. Still, this pin-hole design isn’t all that secure since there have been a couple of instances where I found the band dangling off my wrist.

Maybe this is because although this band itself is a little wider than past Mi Bands, Xiaomi has adopted the same strap design. So, I strongly recommend you try out third-party alternative straps if you’re planning to buy this. Of course, the Mi Band 7 is also 5 ATM water-resistant, which has come quite handy for me, especially during this rainy season.

While the design has basically stayed the same, it does bring a few changes to the display front. You’re now looking at a 1.62-inch AMOLED display which is the largest in the Mi Band lineup history. And unlike its predecessor, the Band 7’s wider form factor means this screen spans horizontally a lot better as well.

Since this is an AMOLED panel, the core quality of this display is excellent. Everything from texts, and animations, to icons, looks crisp and with a good contrast level. Plus, with 500 nits of peak brightness, I’ve been able to glance at it in all lighting conditions. But sadly, even this iteration of the Xiaomi Band doesn’t introduce auto-brightness adjustment. So when you’re outdoors, you’ll have to manually adjust the brightness according to the Sun’s demand—and dial it back down once you’re indoors or when it gets dark.

One notable development in the Mi Band 7 is the addition of the Always-on display feature. It works quite well, but I found that not all watch faces supporting this feature. Instead, you’re gonna have to manually search and pick a watch face with AOD to make the most of it.

While everything sounds quite impressive so far, I couldn’t help but notice a couple of inconveniences here. Even though I can live with the bezels surrounding the display, I’m still not sold on Xiaomi’s capsule-like approach to its fitness trackers. Because of this form factor, overall texts and characters look squished here. I think a rectangular design like the Honor Band 6 is a better choice since this gives enough space for UI elements to fit in the display.

Another thing here is that the band does not support Unicode Nepali or Indian font. If you’re wondering, I have the global variant of Band 7 with me and not the Chinese one. So I’m hoping Xiaomi releases an update addressing this issue pretty soon.

As for software, this guy pairs with your smartphone via the Mi Fitness app which is quite refined and feature-rich. Its dashboard presents you with all your health metrics in a fairly easy-to-read layout. You can also customize the home screen to display all your relevant health data, while the app lets you switch between watch faces, and play around with notifications, alarms, and other settings too. 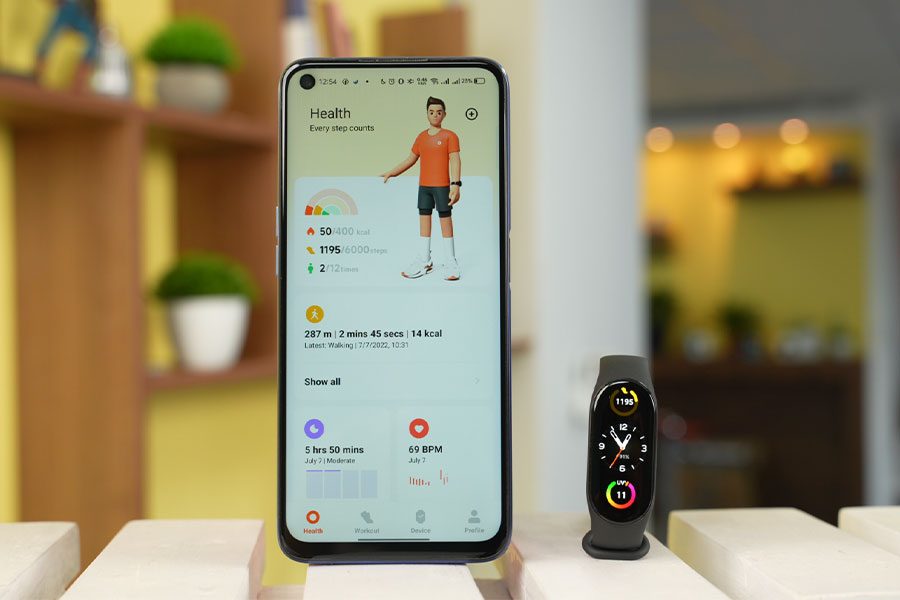 But if you don’t want to bother with the app, you can check your current day’s health data directly on the band itself. In this regard, it can measure everything from your step count, and heart rate, to sleep cycles.

By the way, it also introduces continuous blood oxygen monitoring in the Mi Band lineup. Similar to other budgets fitness trackers like the Honor Band 6 or the Huawei Band 6, it takes a reading once every 30 minutes.

Next up, I found that its auto-workout detection isn’t 100% reliable. There are just 4 workout modes that support auto-detection. And since my daily routine consists of walks and runs, I kept it on for both these modes.

Although the band detected my walking exercises quite well, it was not able to pause the workout whenever I stopped or took a break in between. Instead, I have to manually pause or end the session every time. One day, I forgot to end the workout and woke up to the band showing me that I’d been working out non-stop for 21 hours! It was hilarious!

On the other hand, auto workout detection works flawlessly on the Redmi Smart Band Pro, which I’ve been using alongside the Band 7. Since this is a budget fitness tracker, it lacks built-in GPS as well, but you can always use your phone’s GPS in case you want to track your outdoor workout routes.

Aside from a few flaws, this guy can track your other health parameters fairly accurately. Sleep tracking, for example, works quite well. And it can even measure your light, deep, and REM sleep stages! The band also supports all-day stress monitoring and female health management to track your menstrual cycles.

Moving on in this review, like with most Xiaomi wearables, Mi Band 7’s battery life is ridiculously impressive! Its minimal and optimized UI goes pretty easy on the battery, and I was thus able to squeeze about 10 days of endurance here. 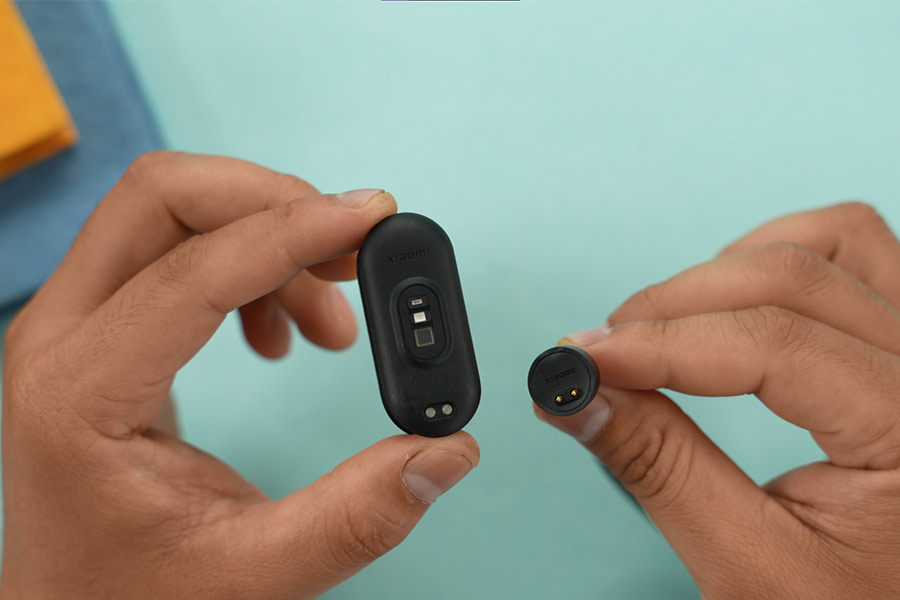 As for charging, it uses Xiaomi’s proprietary two-pin cradle that attaches magnetically to the back. And it takes just about two hours for a full charge!

So that’s it for our review of the Xiaomi Smart Band 7. Now let me get back to the question I asked earlier: are smart bands still relevant in 2022 or are smartwatches in a similar price range a better buy?

The opinion might be divided based on the person, but here’s what I feel. While companies like boAt, Noise, Fire-Boltt, and Dizo are launching great value-for-money smartwatches, one key area where these new guys fall short is the core software experience, whether it’s in the wearable’s UI or their companion apps.

And this is where established veterans of the wearable world like Xiaomi are miles ahead of the competition. Xiaomi’s “if it ain’t broke, don’t fix it” formula is pretty clear with Band 7, but the company has evolved and consistently improved its software over the years. So if you’re looking to buy a reliable beginner fitness tracker with very little investment, the Xiaomi Smart Band 7 could be a great option for you.