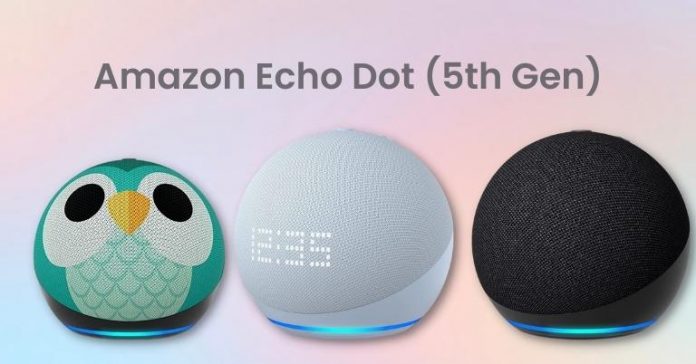 Amazon has unveiled three new Echo Dot models including the standard Eco Dot, Echo Dot with Clock, and Echo Dot Kids. Here, we will go through the specs, features, availability, and price of the Amazon Echo Dot (5th Gen) in Nepal.

According to Amazon, the 5th gen Echo Dot is its best-sounding Echo Dot yet. It has an upgraded 44mm driver which boasts clearer vocals and deeper bass. There are four buttons on top including an action button, volume up/down keys and a button to turn off the mic. The power port is located on the back right above the Alexa light ring. 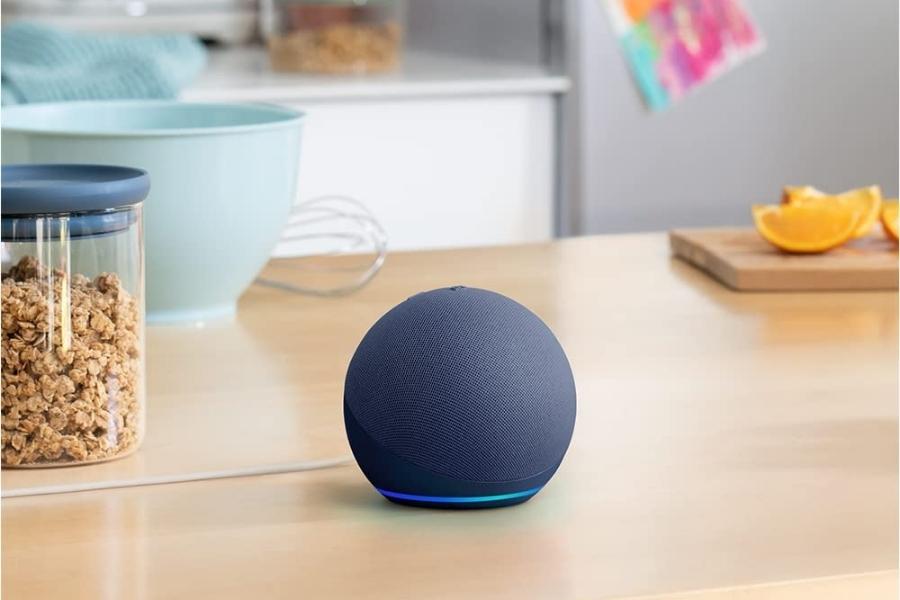 The new Echo Dot also has a built-in temperature sensor that can detect temperature changes and routinely turn on/off compatible home appliances. Likewise, besides the mic-off button, there are multiple layers of privacy control.

The most exciting feature of the Echo Dot (5th Gen) is its mesh networking capability. With a compatible Eero router, now you can turn your Echo Dot into a mesh wireless extender. As per Amazon, each Echo Dot can extend the coverage by 1000 square feet.

Moving on, the 5th gen Echo Dot with Clock is basically a standard Echo Dot with a high-density dot matrix display. Primarily used to display time, the display can also show information about the current song, weather, calculations, events, and more. The unique design of the Echo Dot Kids is what sets it apart from the standard model. It has two available designs, one features an owl, while the other depicts a dragon. And, Amazon Kids+ subscribers can also enjoy two new Alexa voices for the owl and the dragon. Furthermore, you also get a one-year subscription to Amazon Kids+ and a two-year guarantee with it. 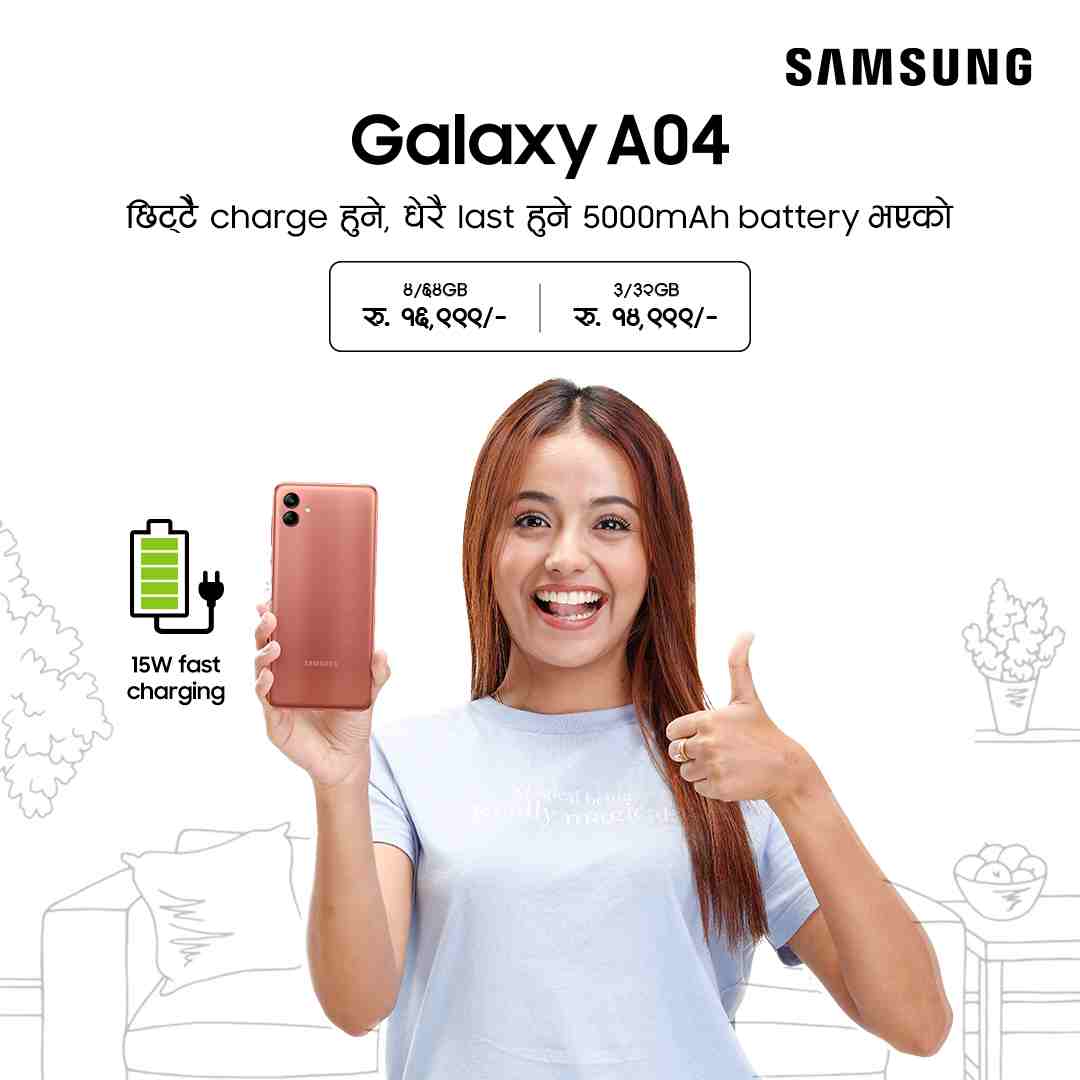