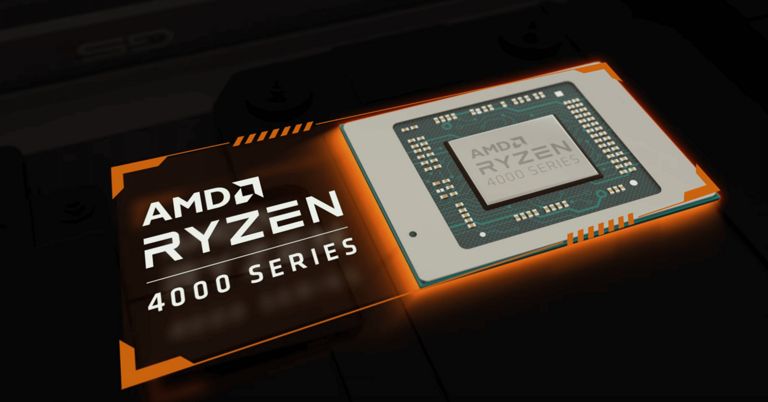 Here in this article, you can find the latest price of Ryzen 4000 series APU from AMD in Nepal.

It’s important to note that the latest AMD Ryzen 4000 desktop processors are all based on 7nm Ryzen Zen 2 architecture and not Zen 3. The latter is said to debut later this year. All the processors come with integrated Radeon graphics, which gives them an advantage over their Intel counterparts. AMD is already calling it the world’s most advanced x86 desktop processor with graphics. The Ryzen 4000 desktop APUs continue to make use of the AM4 socket.

The G-series is among the first offering under the new Ryzen 4000 lineup. This includes six new processors. The three of them have G-suffix and operate on 65W TDP.

Each of the G-suffix processors has a GE-suffixed counterpart that operates on 35W TDP. The G-series is based on the same die and architecture as their mobile counterparts. And the only difference being the TDP and clock frequency have been scaled up in the desktop processors.

The GE-suffixed processors are underpowered and are hence suited for a less-demanding environment. Top-of-the-line Ryzen 7 4700G features eight cores and 16 threads with a base frequency of 3.6 GHz which can go up to 4.4 GHz when boosted. 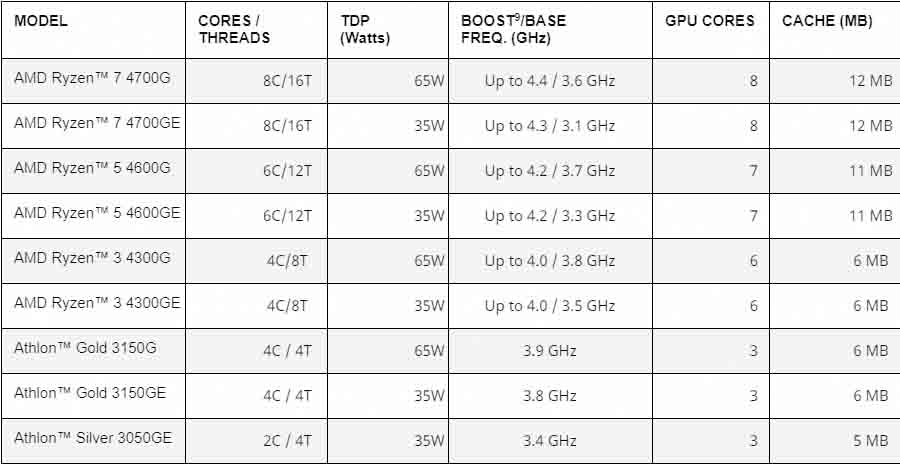 The Ryzen Pro 4000 G-series desktop processors are the same as their non-Pro counterparts. But they come with an extra layer of security mechanism for office and business settings. These extra features are what the company calls Pro features. Part of the Pro Security is the AMD Memory Guard and AMD Secure Processor features. On top of that, there are other features that promise easy deployment, management, and administration of the processors.

While AMD has moved on to the Zen 2 architecture for the desktop processor, it is not going to abandon the Zen+ architecture altogether.

AMD has announced new Athlon 3000G series APUs based on the Zen+ architecture. This includes two Athlon Gold processors (3150G and 3150GE) and an Athlon Silver (3050GE) processor. Each of them has its respective Pro counterpart as well.