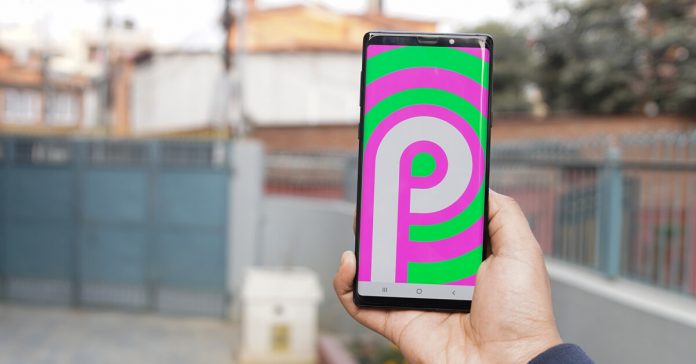 The latest iteration of Android software, i.e. the Android 9.0 or Android Pie is rolling out to many devices. And finally, it makes its way to the most popular devices of 2018 – Samsung Galaxy Note 9, Huawei Nova 3 and Nova 3i. And for some, Android Pie is a big deal.

Samsung devices are most of the times late to receive the latest Android updates. But this time around, that was not the case. Samsung’s flagships of 2018  – the Galaxy S9, Galaxy S9+ and Note 9 have been receiving Android Pie during the last couple of days.

And for Samsung, this means your phone’s software will now be updated to Samsung’s One UI. And this is not the Beta version of Android One or anything. This stable version of the One UI is the full-fledged, completely polished and really optimized version of the Samsung’s proprietary custom skin. Which means, it should be free from major bugs or so.

One UI is Samsung’s version of Android Pie and the successor to Samsung Experience OS. It removes a lot of clutter from the Samsung Experience to help you focus on the task at hand. It also regroups a lot of setting inside a single heading to make it easier to access. Plus, it aims to be more visibly comfortable. In addition, the navigation buttons on top of the screen can be moved downward for easier navigation. But the icons have become a bit cartoonish.

If the Android Pie has made it to your device, then, you should receive a notification. If not, you can go to Settings and look for Software Update option and check.

Also, the older phones, the Samsung Galaxy S8 and S8+ will get the Android Pie update too, but you have to register for the beta version now. You can do so via the Samsung Members app.

Android Pie for Huawei Nova 3 and 3i

The Huawei Nova 3 and Nova 3i are also getting the latest Android Pie updates. However, the updates available on the aforementioned devices are in the beta form and the stable version will roll out really soon. Nonetheless, the beta updates are rolling out in stages, and even if you have not seen the notification, don’t worry. It will arrive to you in some time. But, you can also check for the update using the HiCare app.

The Android Pie update for both these phones will come in the form of EMUI 9.0.1. The latest changes in EMUI include more user-friendly user experience and removes minor clutters. Of course, the bloatware stays, but many of them are now removable under EMUI 9.0.1. Also, settings are now easier to find but they can be quite comprehensive. No matter what, Android Pie is after all available here all with the improved UI and enhanced features.