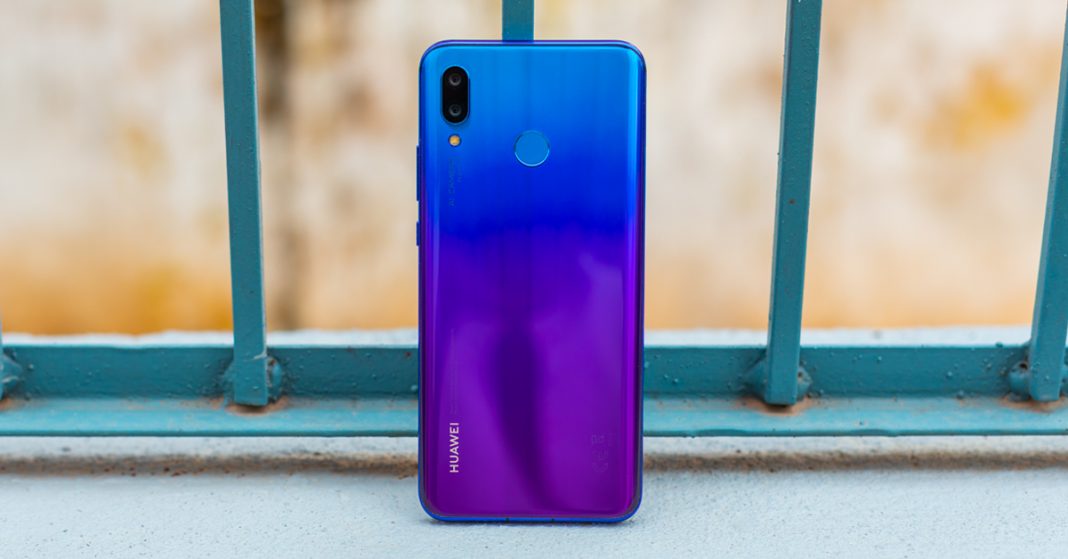 The Huawei Nova 3 and Nova 3i are both getting a good response from the market. Both these phones feature a FullView display and four cameras. While the Nova 3i is the successor to last year’s Nova 2i, the Nova 3 is Huawei’s take on the premium mid-rangers. By this time, you might already be familiar with what they offer. But let us dive down to the depths and find out if the Nova 3 is really worth the money. The glass back feels very nice on the hands. It is slippery, but the 3D curved design with the metal frame counters the slipperiness, making it easy to hold. However, I’ve had my fair share of the phone falling on my face, so, as much as I didn’t want to, I had to put a case on it. Also, the back, being glass, will attract a lot of finger smudges, and hence, you won’t go wrong with a case here too. Also, this phone still has the headphone jack, which is a very good thing, as the P20 Pro didn’t have one. 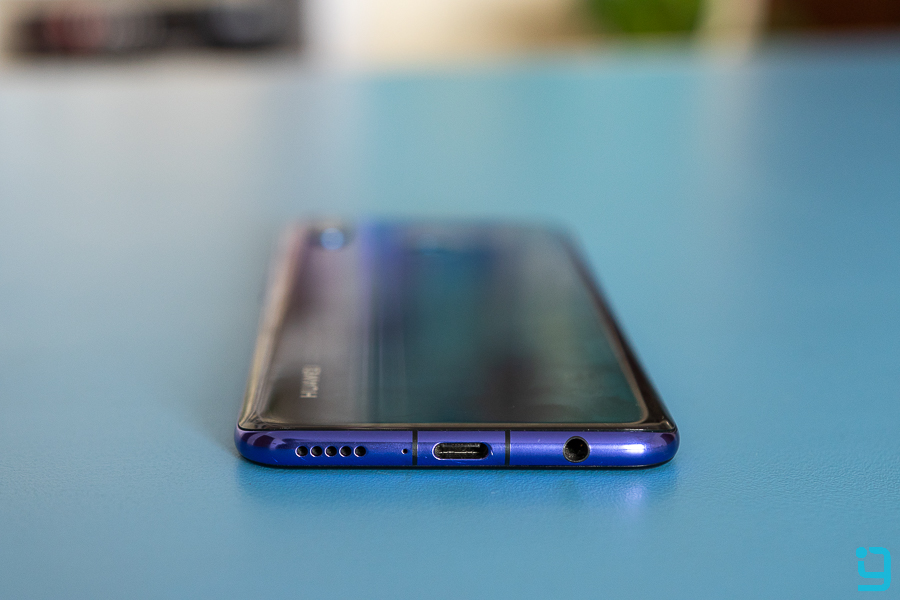 Overall, the Nova 3 has a small form factor and is aesthetically as well as visually pleasing. I’m sure you will agree that the design really is one of the best things about this phone.

On the display front, the 6.3” FullView Display with minimum bezels looks pretty good. Yes, there is the infamous notch, but considering it houses two cameras, an IR sensor and speaker, it’s actually pretty small, unlike those of the Xiaomi Mi 8! Still, apps aren’t optimized to embrace the notch, so, that kind of gets in the way of your viewing experience. 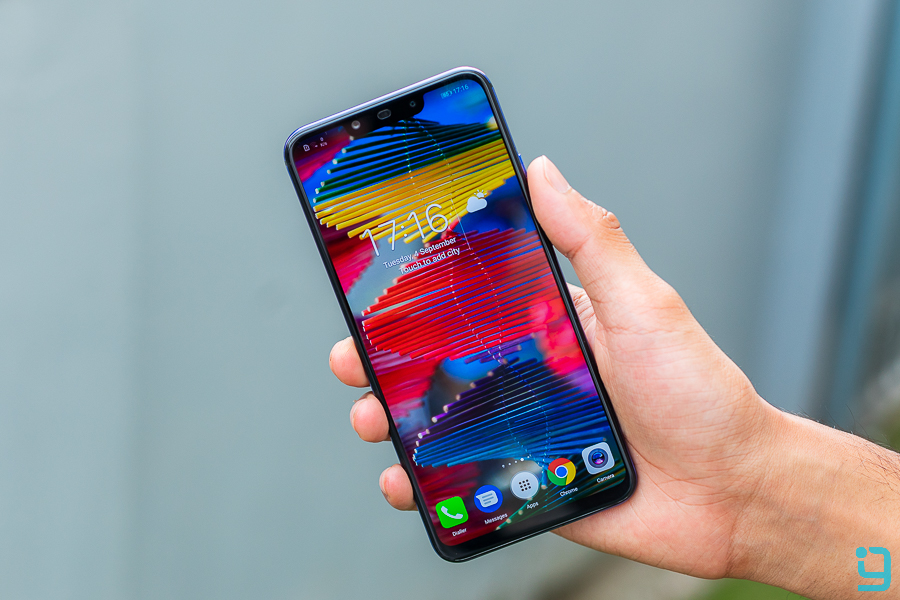 Like most other phones, you can turn it off, too. However, that doesn’t make a whole lot of sense to me. The notch is small, but, due to that very reason, the LED notification rests behind the speaker grill. And at most times, it is not even visible when you get notifications. It totally defeats the purpose of those LED lights! The IPS LCD display with Full HD+ resolution portrays vivid and sharp colors – for both texts and pictures. With an aspect ratio of 19.5:9 and pixel density of 409 PPI, everything on the screen appears pleasing to the eye. Brightness levels are good enough to allow good sunlight legibility too.

I would’ve liked the phone to have the Always-On display feature, as the Face ID can be quite annoying at times when you only want to look at the time. It is really fast, and if you just want to glance at the time, it will unlock immediately, and you have to go that “extra mile” of having to lock it before putting back in your pocket.

Overall, the Nova 3 features a great display. Sure, it cannot outshine the flagships of 2018, but it gets pretty close!

The Nova series is known for the quad camera setup. The dual camera setup at the back consists of a 16 MP primary sensor with Phase-Detection Auto Focus and a 24 MP monochrome sensor, both with f/1.8 aperture. And yes, it lacks a depth sensor on the back, but the bokeh effects on this phone come out quite good. You can tell by just look at the images – sharp edges and good amount of blur on the background. However, in low lighting conditions, it’s edge detection seems to be a bit off, and you get quite the amount of noise. Also, auto-focus is a bit slow in low light, and gets some motion blur.

But, if you are taking pictures of low-lit places, the HDR effect comes into play, and tries very hard to get a good picture. However, considering all factors, it’s safe to say that most low-light images won’t be very appealing.

Back Camera Samples
1 of 5

The Nova 3 also flaunts the AI camera, which you can turn on or off, that can distinguish between various elements, and change the picture accordingly. It can distinguish between over 20 different things, and while it does help out in certain scenarios, amping up color levels and HDRs; it’s more of a hit and miss. Mostly, it over-saturates greens, yellows and reds, so, sceneries come out unnatural, with more brighter colors than there really is. However, food photography will look very appealing for the same reason. But again, if you’re taking overlay shots, for example, the weather or sky or clouds, they will come out very pleasing to look at. It actually comes down to preference whether you prefer natural colors or ones that please you visually.

There’s also a beauty mode on it, and it does a good job of hiding the blemishes and lightening your face if you use it with the right levels.

The rear camera can record 4K videos @60fps while the front can record 1080p videos at the same frame rate. Videos are decent in daylight with good audio recording as well. You can also shoot short bursts of 480 fps Slo-Mo videos, but the quality is strictly average.

However, the lack of any kind of Image Stabilization in these cameras is a downer. And this is more annoying in videos! They shake quite a bit and the slightest bit of movement can spoil your video moments. At this price, Huawei could at least have implemented EIS, but it didn’t, which is a shame!

And there’s the AR Lens as well, with various effects for your photos and videos. You can definitely have some fun with it when you’re bored, but other than that…there’s not much to it. It’s there for entertainment purposes, and that’s it, a gimmick I’d say.

Overall, cameras on the Huawei Nova 3 are great, but the major factor that holds it back is the lack of Image Stabilization in them.

The Nova 3 features Huawei’s own Kirin 970 chipset, which you get on Huawei’s flagship, the P20 Pro. Couple that with 6 GB of RAM, and you get a speedy device with zero lags and stutters! Everything works like a breeze. Multi-tasking goes on without a hitch, and I experienced no lags while gaming. I played a lot of Asphalt 9, which seemed to run without a single stutter! Heavy games like Injustice 2 runs smooth as well.

The phone does heat up fairly quick, though. In my experience, the temperature maxed out at 38.7 centigrade during some PUBG session in HD graphics and High frame rates. While there can be some thermal throttling, I think that’s actually normal with many phones.And since the Nova series have also received the GPU Turbo update, the gaming experience is a very good one.

The phone runs on Android 8.1 with EMUI 8.2. Like all other skins, it comes with some bloatware and pre-installed apps too. while the pre-installed apps can be rid of, bloatware stays. The EMUI skin will also need some getting used to. And there are also some customization options for you to choose from.

The Nova 3 has 128 GB internal storage. While there’s also a microSD card slot which uses the SIM 2 slot, 128 GB of memory should be more than enough for everything you want to store in it. 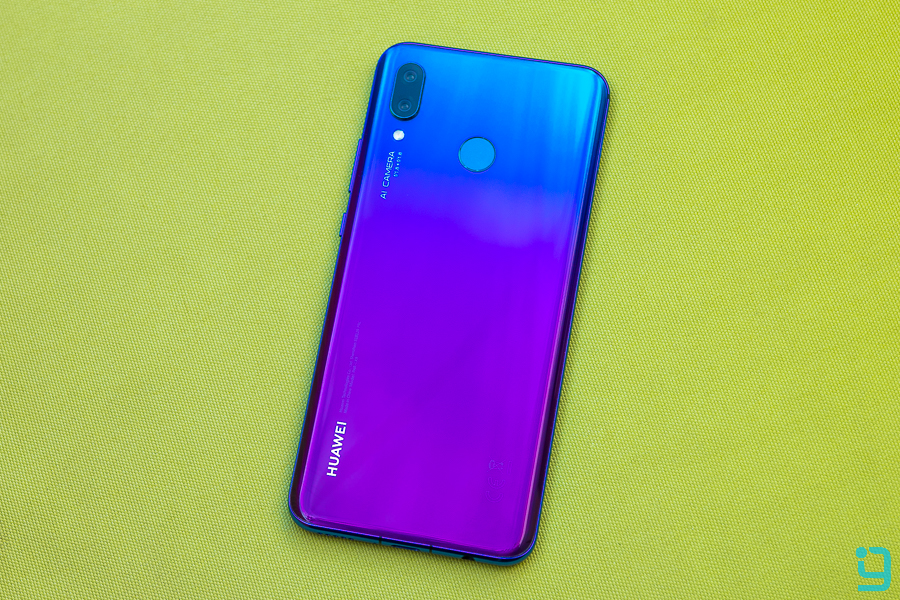 Just like other phones in this price bracket, the Nova 3 has a large battery of 3750 mAh, with Fast Charge feature. The battery lasts the whole day easily with sessions of gaming, videos, casual web-surfing and everything. The fast charge helps fully charge your phone in under 2 hours, but it is not as fast as OnePlus’ Dash Charge.

I have no complaints on the Nova 3 in terms of design, performance, and battery. Both the fingerprint sensor and Facial Recognition is very fast. However, the display needs to be optimized for the notch and cameras would have been better if they could’ve added Image Stabilization. The AI still needs work, too, but it is a good camera, though.

The Huawei Nova 3, overall, seems to be a good phone. Since there aren’t many phones in the 50000 – 60000 price bracket, you might not exactly know what to expect. If you want something better, you have to add quite a lot of cash, for instance, the OnePlus 6. The phone costs Rs.59900, which is fair enough, considering it costs Rs.35000 in India. So, for that price, I think Huawei Nova 3 justifies its worth.

All in all, the Nova 3 has its share of shortcomings, but there are things that make it a worthy purchase. In the end, I would say that it is pretty close to a Home Run!