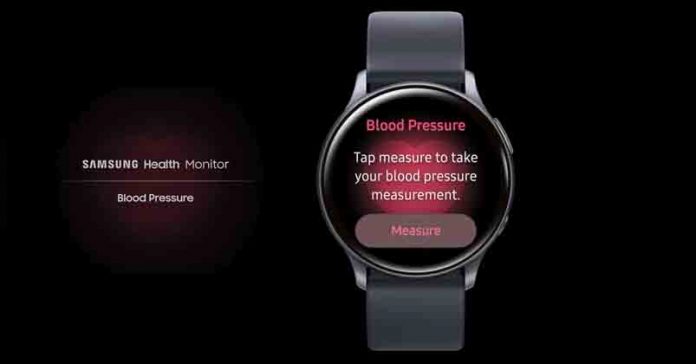 Samsung Galaxy Watch Active 2 is among the best smartwatches that you can currently buy in Nepal. Though it has an ECG sensor, the lack of proper software means users can’t use it. Other than that, it is a feature-packed smartwatch and a fitness guide. If you were thinking of buying one, you now have one more reason to do so. Samsung has started rolling out the Blood Pressure Monitoring feature in the Galaxy Watch Active 2. Read along to learn more about the feature.

There have been talks about Samsung releasing Galaxy Watch 3 later this year. But it is not stopping the company from pushing out updates and support for their existing line up of smartwatches.

Samsung first announced the feature earlier this year. Back then, Samsung aimed to bring the new functionality around the third quarter of 2020 along with the ECG support. It awaited clearance from South Korea’s Ministry of Food and Drug Safety. The process took less time than anticipated and Samsung has already started rolling out the update for Galaxy Watch Active 2 users in the home country. Are smartwatches going to replace bulky sphygmomanometers? As of now, the answer is an obvious no. Though the new Blood Monitoring feature in the Galaxy Watches sounds cool, you will still need a traditional cuff to get it calibrated. This is because the sensor on the Galaxy Watch cannot read the blood pressure. It uses a pulse wave analysis technique to detect the change in blood pressure. The app uses the initial reading and change to determine the current blood pressure. Users can track the blood pressure when they want and can even opt to share the readings with doctors. While the app doesn’t entirely remove the need for traditional equipment, it makes it a lot easier to keep track of blood pressure and share the data with health personnel. You can check your blood pressure whenever you want, without having to carry around cuffs.

ECG feature to roll out in Q3

Though Galaxy Watch Active 2 has an ECG sensor, Samsung is struggling with permissions and software support to make it functional. The company has announced that the blood monitoring via the ECG sensor will be available in the third quarter later this year. Compared to optical counterparts, the ECG sensors are more accurate and reliable. The upcoming update will help bridge the gap between Samsung’s Galaxy Watch lineup and Apple Watch. It might even give an upper edge to the former since the latter lacks the blood pressure monitoring feature.

Check out our review of Samsung Watch Active!