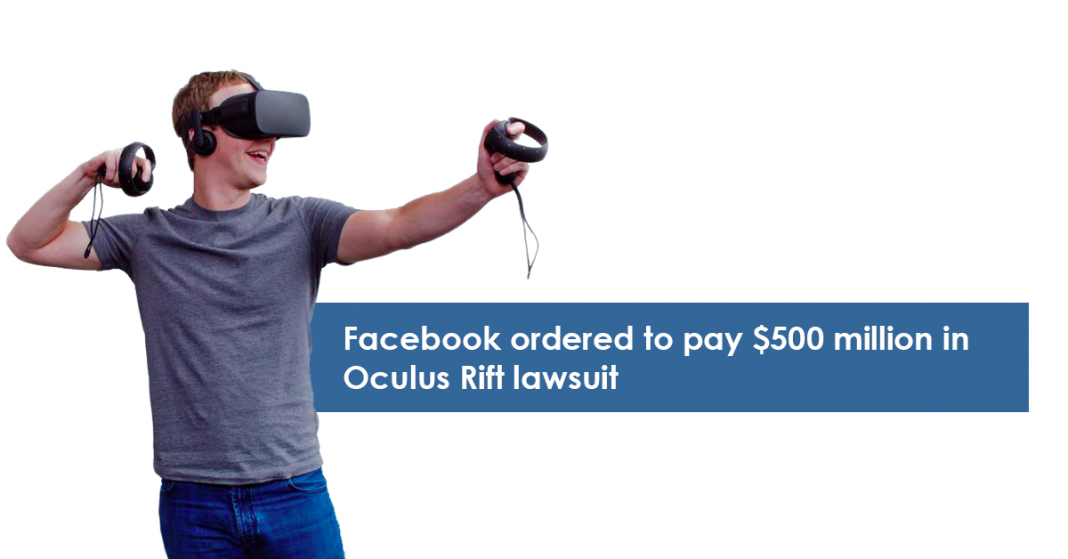 A U.S. jury in Texas, on Wednesday, ordered Facebook to pay $500 million to ZeniMax Media Inc., a video game publisher. The lawsuit was filed against Facebook-owned Oculus for allegedly stealing the intellectual property of ZeniMax.

ZeniMax has claimed that Oculus founder Palmer Luckey had exploited the Zenimax computer code and trade secrets in order to develop its products. It also said that Oculus’ VR device Oculus Rift was very much lacking until John Carmack, Oculus chief technology officer and founder of a company owned by ZeniMax, improved on the device using his knowledge from his previous work as a ZeniMax employee.

Zenimax – the parent company of id Software which has produced iconic video games such as Doom – has claimed that Facebook had purchased Oculus with ‘full awareness’ that Carmack had indeed stolen the technology. However, Facebook CEO -Mark Zuckerberg had testified in court stating that he had no idea whatsoever about the intellectual property claims between Oculus and ZeniMax.

Anthony Sammi, ZeniMax lawyer has stated that they are pleased with the jury’s award in this case as it reflects the damage done to the company as the result of the theft of their intellectual property. They have also hinted at seeking proper steps to ensure that there will no longer be any use of their misappropriated technology.

Facebook has said that they are, indeed, disappointed by a few aspects of the verdict, but they are undeterred. They have stated that their belief and commitment to the long-term success of VR still remains the same, and the entire team will continue the work they’ve done since day one. They are looking forward to filing an appeal and eventually putting litigation behind them while moving forward to develop a VR that is, simply put, beyond ordinary; and will change how people interact and communicate.

Virtual reality has been a subject of vast approach, scheme, and ideas for the past few decades. Oculus Rift has definitely set the notch up a bit. From the latest reviews, one can clearly know that the Oculus’ attempt in VR, will certainly not go unnoticed. The experience provided by this innovation has genuinely surpassed many of the VR experiences, undoubtedly. But what affect will this lawsuit have against Oculus, against Facebook? We will all have to wait and see.