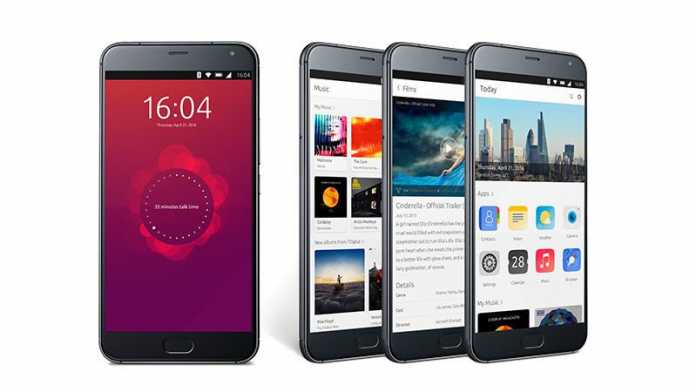 It’s not very often that we see a new smartphone OS on the market. For long iOS and Android has dominated the market with their versatile and welcoming environment. Other OS like Symbian, Blackberry OS, and Firefox OS has simply given up on their take on smartphone OS but the Ubuntu hasn’t given up yet. Canonical, the company behind Ubuntu has launched their software on a flagship phone, Meizu Pro 5 and marketed as Meizu Pro 5 Ubuntu Edition.

Meizu Pro 5 was a great phone launched last year which had all the design and specs that featured in last year’s flagship phone. It sported an aluminum unibody design and had great design aesthetics with sleek curves and chamfered edges. On the specs side, it sports a 5.7inch Super AMOLED FHD display and features 2.5D glass curved along the aluminum body of the phone. Meizu Pro 5 is powered by Exynos 7420 Octa-Core chipset which was used in Samsung Galaxy S6 and is coupled with 3GB of RAM, it comes with 21MP Camera with Sony Sensor, Fingerprint Scanner on the front, USB Type-C port for data syncing and charging with quick charge support and all of this is backed up by 3050mAH battery. We still have to see how much of the hardware resources Ubuntu can utilize to create a great user experience.

With a phone running on Ubuntu you might be limited to only certain tasks as compared to other OS since you have a very small array of apps on the app store. If Ubuntu is aiming to grow on a mobile platform it will take more than just a flagship hardware to attract the users, software wise it needs a lot of improvement to compete with giants like Android and iOS. But it’s exciting to see new players coming in the market with something different to offer. Basically, there’s nothing new or useful this OS can offer to the masses except the new look and feel on a phone with some Ubuntu’s native desktop features, but Convergence is something to watch out for from this OS. Like Microsoft’s Continuum, Convergence allows users to run native Ubuntu Desktop OS with full-screen support and multitasking on a monitor powered by the smartphone. This is a very neat feature and its demand on a smartphone or any other smaller handheld device is inevitable in the future.

For all that it offers, the phone is priced at just $370 and it’s not the phone for the masses. Only a handful of developers might even get this phone in Nepal but if Ubuntu keeps developing as a Mobile OS platform it won’t be long before we see it in the hands of general consumers.