The new Fujifilm X-S10 is a compact and lightweight camera that weighs just 465 grams. The grip on the X-S10 is bigger than what can usually be seen in a Fujifilm camera. It is made entirely out of magnesium-alloy and the company says it makes it more comfortable and stable to hold, especially when using a large telephoto zoom lens. On the top panel, the camera includes a Mode dial with four positions to which users can assign the desired settings. Talking about the image sensor, the Fujifilm X-S10 features an X-Trans CMOS 4” image sensor. It is a 26.1MP sensor with back-illumination. For the image processor, Fujifilm has included X Processor 4. This is not a new setup as it has previously featured in the X-T4. Fujifilm is claiming it can help the camera achieve accurate and high-speed AF performance in 0.02 seconds. The AF on the X-S10 can track subjects whether it is moving to or away from the camera. The camera supports Face/Eye AF for portrait shots.

Fujifilm X-S10 supports a total of 10 different Film Simulation modes for versatile color presentation. Each mode is provided with a detailed description, characteristics, and application to make it easier for first-time users. The camera also features the AUTO/SP (Scene Position) mode which automatically sets the settings according to the scene. It has access to settings like Color Chrome Effect, Clarity, and Dynamic Range Priority. 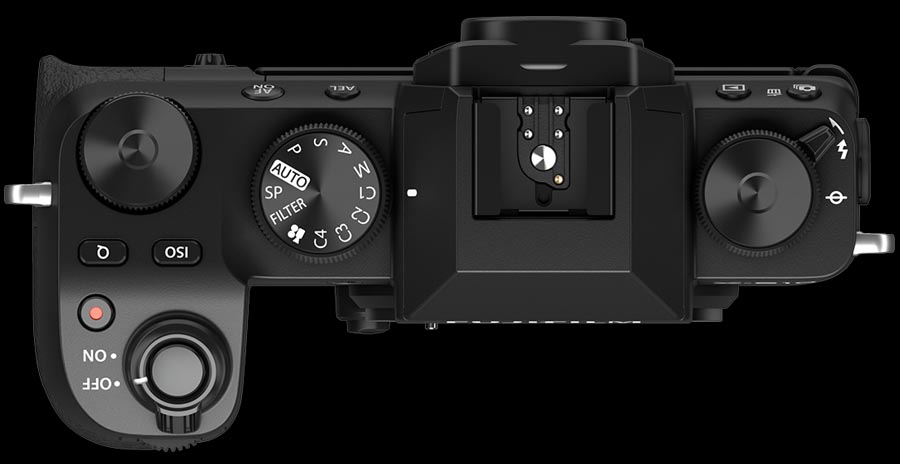