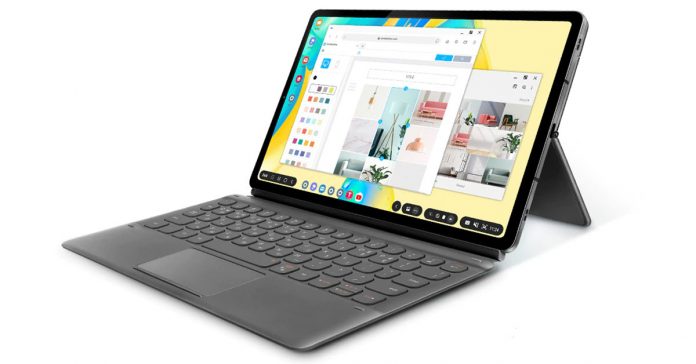 We don’t hear much about tablets these days, but are they really out of fashion? Samsung certainly hopes it’s not. But why though? Well, that’s because Samsung has announced the  Galaxy Tab S6 5G. It is the world’s first tablet to come with 5G capabilities.

Yup, you read that correctly. The Galaxy Tab S6 5G has debuted in South Korea, the home of Samsung mobiles. Sales of the device will start immediately from today itself. However, the sale will be limited to South Korea for now.

This tab comes as a 5G variant of the Galaxy Tab S6 that was launched last year. It still uses the same Snapdragon 855 chipset. However, this time it is accompanied by Qualcomm’s X50 modem.

Other than that rest of the specs are pretty much identical to the Tab S6. Well, it was bound to so cause the new one is only supposed to be the 5G model of the same device.

The device boasts a 10.5-inch QHD+ Super AMOLED display with an aspect ratio of 16:10. Moreover, it has quad speakers and dual-cam setup on the back. The back camera consists of a 13MP primary lens and a 5MP ultra-wide sensor. As for the front camera, it is 8MP. The device is powered by a 7, 040mAh battery that supports 15W fast-charging.

You also get a S-pen that can be magnetically attached to the back of your tablet and it
charges automatically while it is attached.

Multiple discounts are also available for early birds such as discounted keyboard book cover, limited edition S-Pens and more. As of now, the device is only available in South Korea and its availability elsewhere cannot be said with any certainty.

Honor 9A announced: An entertainment powerhouse?