Samsung’s latest tablet is here. And while the tablet market is dwindling, Samsung’s pumping out tablets like nobody’s business. The Samsung Galaxy Tab S6 is the latest iteration to their flagship tablet lineup. The Galaxy Tab S5 didn’t see the light of day, but there was a lighter version called the Galaxy Tab S5e. But Samsung is no stranger to skipping some units in their series, anyway. And the Galaxy Tab S4, before that was not the most interesting tablets out there, either. However, the Galaxy Tab S6 looks promising.

The Galaxy Tab S6 is Samsung’s answer to the iPad Pro. But iPads are far more popular than their Android counterparts. Will this one be able to change that? We can’t say…but it does show some hope to the tablet market. 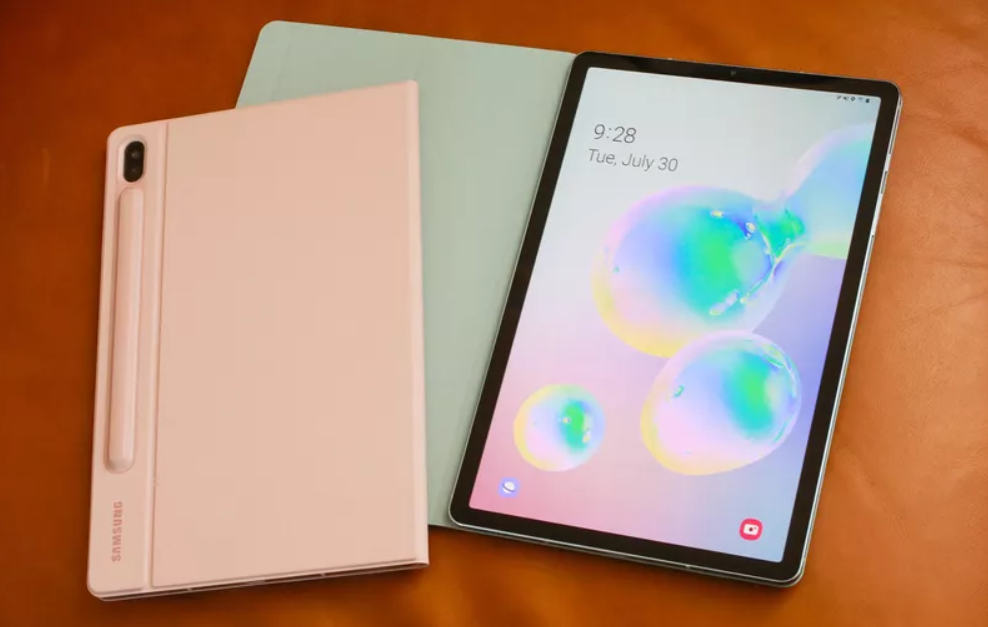 The Tab S6 comes with a 10.5″ QHD+ Super AMOLED display. It features slightly more resolution than the standard QHD, so, it is one of the finest displays in the market. And knowing Samsung, there’s very little doubt that it will be anything but. Also, there’s the Dolby Atmos quad-speakers in there, and combined, it will be one hell of a multimedia device.

But besides a multimedia device, it is also a powerhouse. With the latest Snapdragon 855 in there, you can bet it will fly through anything you throw at it. This means that the Tab S6 will perform over 60% better than the Tab S4. And while that is superb for daily tasks, it will also come in handy while using Samsung’s Dex feature – turning your tablet into a computer workstation.

In addition, the Tab S6 has up to 8 GB RAM for smooth multi-tasking as well. And for storage, you get up to 256 GB on-board, which should be enough for you as long as your tablet lasts, but if it doesn’t, there’s a micro SD card slot in there, too. As for the battery, the Samsung Galaxy Tab S6 has a large 7040 mAh battery powering it.

Also, if you care about the cameras on a tablet, the Samsung Galaxy Tab S6 has dual cameras – a 13 MP primary and a 5 MP secondary. And there’s an 8 MP front camera as well. 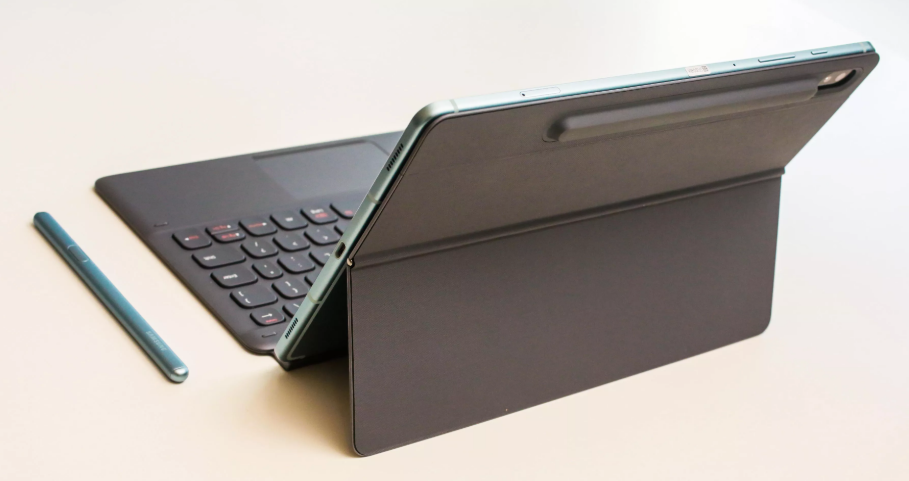 Furthermore, the Tab S6 also comes with an updated S-Pen, maybe, the same one we’ll see on the Galaxy Note 10 devices. Plus, the Book Cover Keyboard on the Tab S6 is more closely integrated with Samsung Dex. It has a trackpad, too, as well as a row of function keys and a hot-key to start Dex.

However, it’s not all sunshine. The Samsung Galaxy Tab S6 is missing the headphone jack! Bummer…

The Samsung Galaxy Tab S6 is fully revealed. But it’s not out there for purchase yet. The Tab S6 opens for pre-orders starting August 23. And you’ll be able to purchase one directly starting September 6.

As for the prices, the base variant, which is the 6 / 128 GB costs about $649. And the better variant, the one with 8 / 128 GB comes for $729. Both of them include a stylus. However, the Book Keyboard Cover is going to set you back an extra $180. Also, these are the costs of the WiFi variant, but Samsung might drop an LTE variant later this year.

Now, these devices are certainly high-end. But I doubt people will be willing to pay this much for tablets. What do you think about it? The Samsung Galaxy Tab S6 certainly is the best tablet out there, right now. But will it be as popular as the iPad Pros? Or better? Do let us know in the comments.